Another modified USB-C iPhone will soon be available for purchase, this time with waterproofing 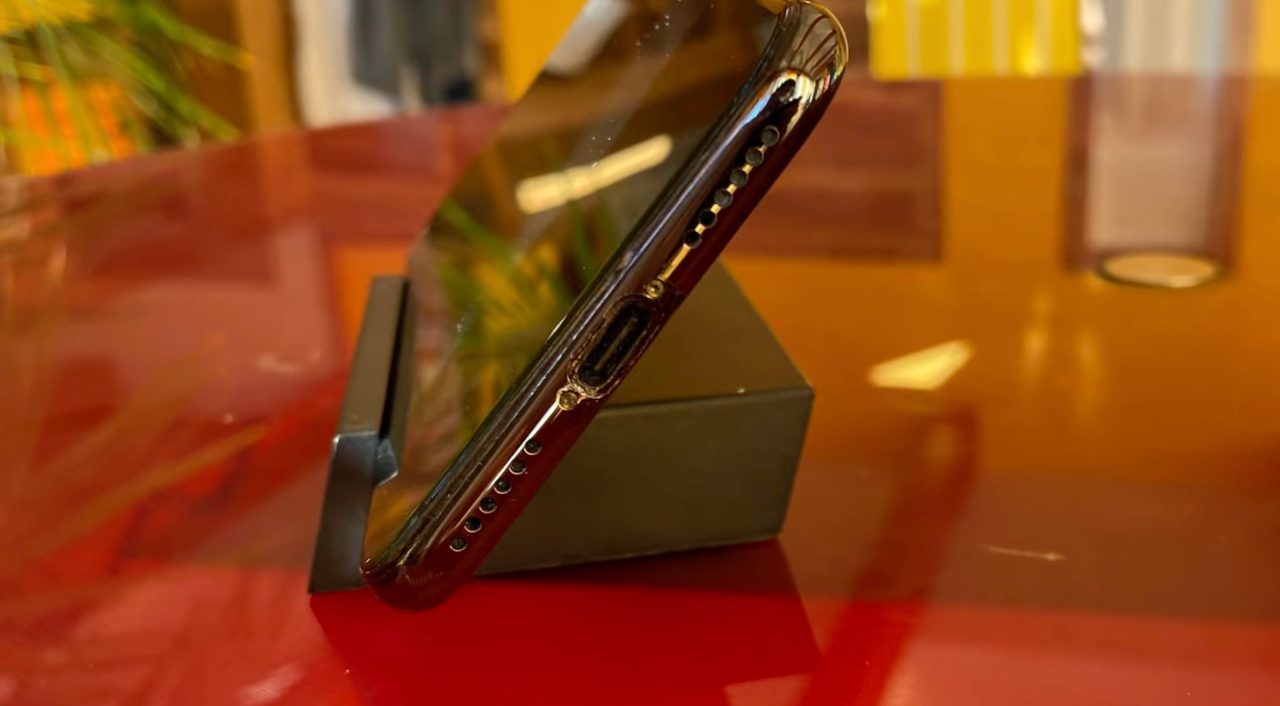 After robotics engineer Ken Pillonel successfully swapped out the Lightning port for USB-C on an iPhone X back in October, another iPhone X has been modified in the same way. However, this time creator Gernot Jöbstl says the port has been reinforced and also made to be waterproof. And yep, this device claimed as the world’s first waterproof USB-C iPhone is going up for sale soon.

Gernot Jöbstl shared a video on YouTube of the iPhone X that he modified with a USB-C port. He was inspired by Ken Pillonel creating the first USB-C iPhone last fall and noted that Pillonel’s GitHub page helped in the creation of this waterproof USB-C iPhone X.

Along with making it waterproof, Jöbstl says he created a new custom part – made of 20% carbon fiber – to securely support the USB-C module in the iPhone X.

Jöbstl also notes after soldering the USB-C connector, he used super glue to isolate the wiring, which in his words, means “it doesn’t look so nice.” But of course, the internal wiring isn’t something you’ll see. However, from the exterior, it appears you can see a bit of the super glue that’s helping to keep the transplanted USB-C port waterproof.

Jöbstl is looking to do more projects like this, so to fund them, he’ll be selling this waterproof USB-C iPhone on eBay starting on January 19.

That has the potential to demand a premium price as Pillonel’s USB-C iPhone X sold for a whopping $86,000 back in November. Jöbstl hasn’t shared the starting price yet.

As for Apple’s future port plans on iPhone, there aren’t any indications we’ll see it shift to USB-C. Rather, the move will likely be from Lightning to a port-less design. Check out everything we know about the iPhone 14 in our full guide.