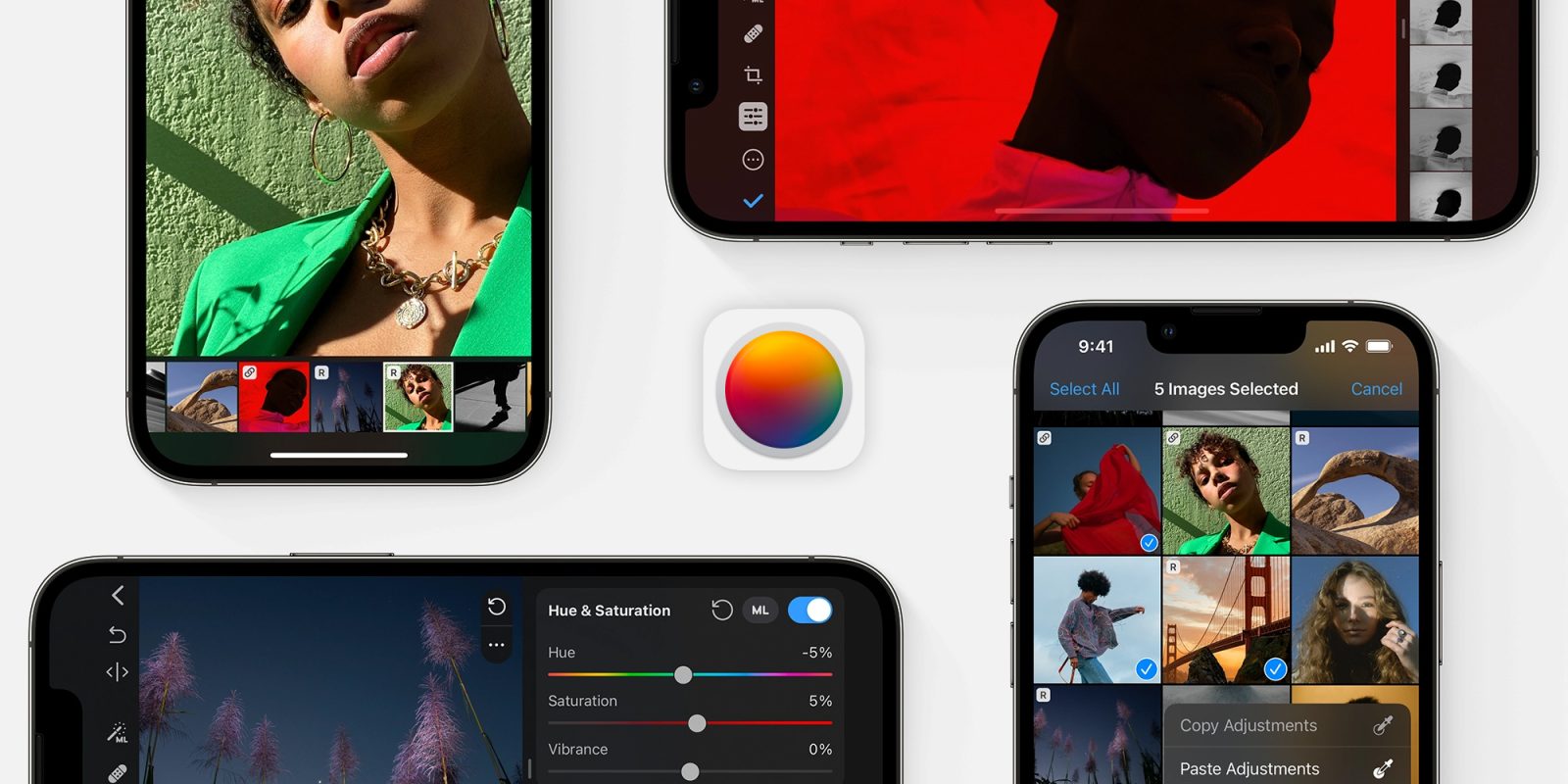 Pixelmator Photo for iOS was launched by the end of last year. Now, a new update brings improvements to how the app behaves with limited Photos library access.

With Pixelmator Photo 2.0.4, the photo editor that uses machine learning is getting even better for iPhone users. According to the app, if the user has provided restricted access to their Photos library, they can now more easily give Pixelmator Photo access to more photos. Not only that, but users can now choose to edit the JPEG in a RAW+JPEG pair from the Photos browser.

This update also brings improvements to the iPad app. For example, on Apple’s tablet, you can tap and hold the histogram to bring up options for changing how it’s displayed.

Pixelmator Photo for iOS also brings several bug fixes, as you can read them below:

Pixelmator Photo remained an iPad-exclusive app for years. By the end of 2021, the company added support for iPhones as well.

Pixelmator Photo is designed to make the most common edits to photos super easy, incorporating key features from the monolithic Pixelmator app as appropriate – it also relies on iCloud Photos to serve as the underlying library, with seamless cross-device sync. The integrated Share extension also means you can go directly from viewing a photo in the stock Photos app to editing it in Pixelmator Photo.

With the iPhone version, the machine learning features are also available in Pixelmator Photo, including intelligent ML Crop, ML Denoise, and ML Super Resolution. You can also set up complex workflows to apply a set of edits to a bunch of photos in one go, so you can easily process all of your snaps from a shoot in one go … on the go.

Pixelmator Photo for iPhone is available now, as a free update to the existing Pixelmator Photo listing on the App Store. That means if you already bought the iPad version, you can get it on the iPhone at no extra charge. For new customers, the app is sold as a one-time $7.99 purchase.