Concept: How Apple could turn HomePod mini into a delightful and adorable smart display 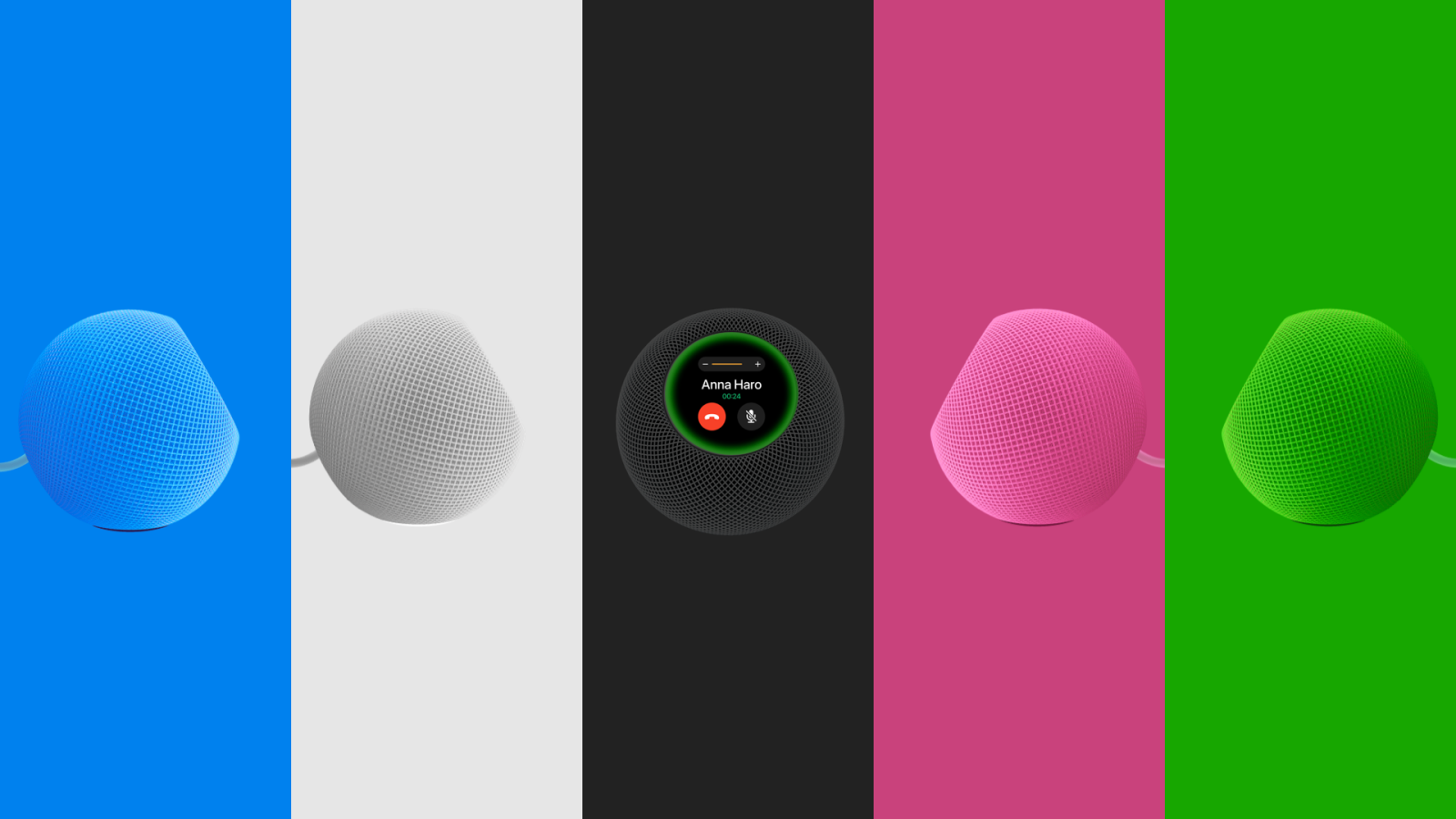 Apple’s home strategy has been all over the place, but the company appears to finally have a hit with the HomePod mini. Rumors have been floated about Apple making a HomePod with a display, but word on the street is that the product being tested looks a lot like an iPad mounted to a speaker. Instead of making a Frankenstein product very similar to Google and Amazon’s products, Apple should take the blueprint it’s laid out with HomePod mini and use it as a basis for a unique ambient smart display.

The top surface of the HomePod mini lights up with colorful Siri animations, but it can’t actually display any sort of content or controls. In fact, the HomePod mini has volume controls printed on the surface, which would obstruct any visuals. HomePod mini’s design, however, is a lovely complement to nearly any space. And the vibrant colors introduced last year help add a pop of fun to drab rooms.

HomePod mini’s light-up surface is on the top of the device, but I propose that Apple angle the surface and add a proper touch display. The new angle would allow users to more easily use controls and view content – it’d be far better and add more utility to the product.

HomePod mini is already powered by Apple Watch’s S5 chip and it runs a variant of iOS called audioOS. The technology is already in place to power a small smart display. The software for this smart display could be based on watchOS and even feature faces from the Apple Watch.

The ‘HomePod touch,’ as I like to call it, could start with a customizable clock that lets you choose from a handful of circular Apple Watch faces. Below you can see what Utility and the Mickey Mouse faces would look like on HomePod. This new functionality would turn the HomePod mini into a particularly good bedside alarm clock.

But a clock isn’t the main reason HomePod mini should gain a display. It should gain a display for utility. You could ask Siri to show home controls for lights and other accessories. HomePod mini is great for calls since it offers vastly improved audio. A display could show the name of the person you’re talking to, a mute button, an end button, the length of the call, and more.

The space gray HomePod touch would have a consistent black background that works perfectly with watchOS user interfaces. The white HomePod touch could use a persistent white background that complements the physical design of the product. I imagine the HomePod touch with an LCD rather than an OLED to allow for the persistent bright colored backgrounds, particularly since the display would be on at all times removing any sort of fear of burn-in and keeping the price low.

HomePod mini’s primary feature is as a speaker. It’s great for Apple Music, Apple Podcasts, and as a speaker for Apple TV. Currently, you can use double and triple taps to move between content, but a display would show off album artwork and more controls. The circular display could even be used for a slick ring-style progress indicator.

The new colors that Apple introduced for the HomePod mini in November gave the product a breath of fresh air. The yellow and orange colors in particular really light up a space. The colors have been very difficult to get and have helped the HomePod mini grow in popularity.

For the HomePod touch, Apple could offer green, blue, and pink options as well as white and space gray. They’d all have matching braided cables like the standard HomePod mini and rubber bottoms to stay in place on a table.

The display and added functionality would make a good case to any consumer shopping for a simple home smart speaker. And customers who already have HomePod mini could seamlessly add a HomePod touch into their current setup. You could even create stereo pairs with HomePod touch and HomePod mini.

What do you think about this idea for HomePod touch? Would you buy a HomePod mini with a circular display and a variant of watchOS? Let us know in the comments below!