Hands on with iOS 15.4 beta 2 changes and features [Video] 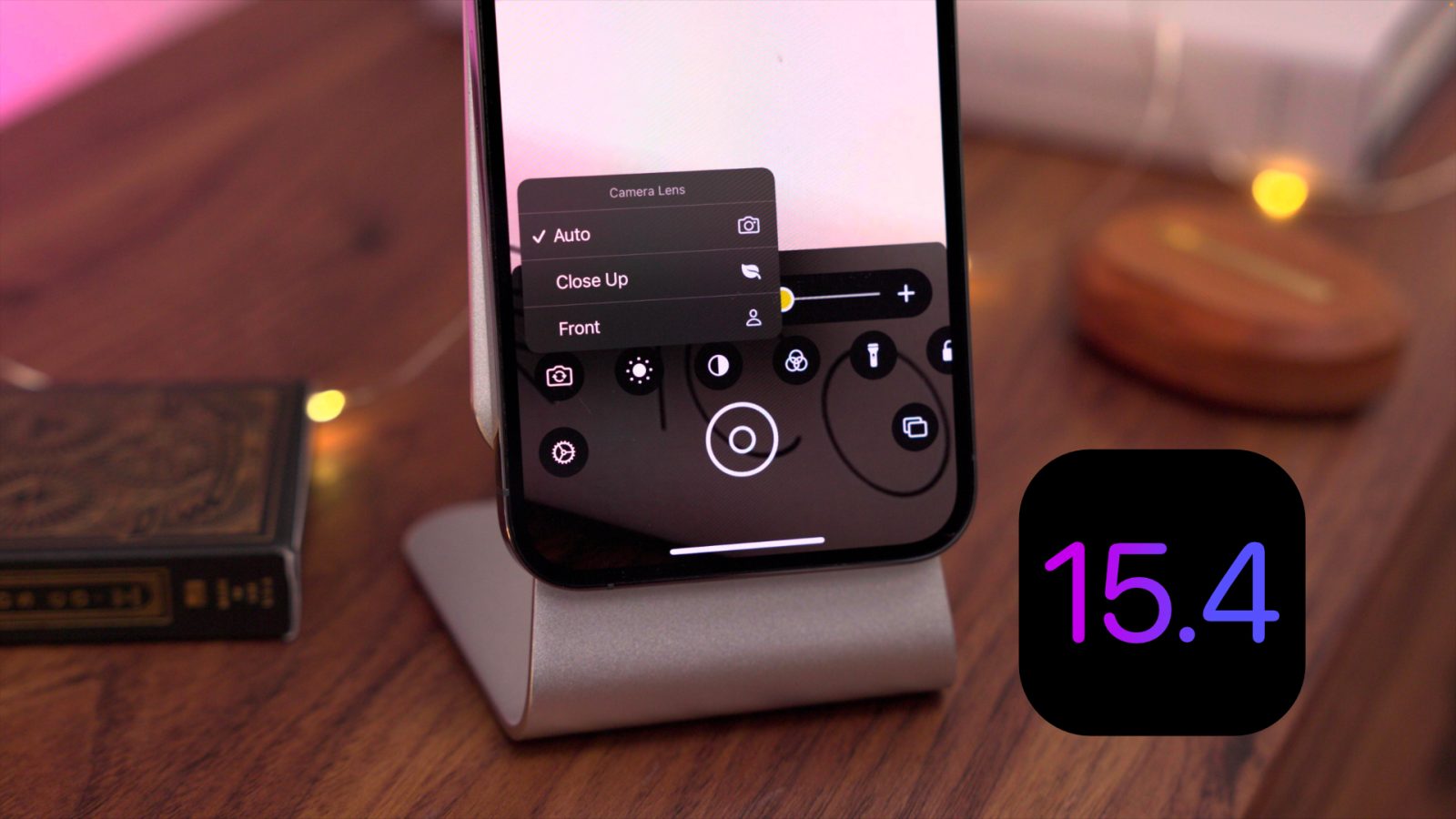 Yesterday, Apple released the second developer beta of iOS 15.4 with a few changes and refinements. The initial beta included several well-received features, including the ability to unlock your iPhone with Face ID while wearing a mask. What iOS 15.4 beta 2 changes and features are brought to the table? Watch our hands-on video for the details.

Face ID with Mask ‘Look down to unlock’ prompt

Unlike the previous iOS 15.4 beta release, there aren’t a ton of new changes and features found in beta 2. The update does, however, include a change to the headline Face ID while wearing a mask feature that debuted in iOS 15.4 beta 1.

In beta 2, users are instructed to ‘Look down to unlock’ when unlocking their iPhone while wearing a mask. These instructions are there to assist users with the new Face ID while wearing a mask periocular support, which uses a smaller area of the face next to the eyes, and hence requires users to slightly adjust positioning to facilitate timely unlocks.

iOS 15.4 beta 1 introduced a slightly modified lens picker in the Magnifier app, providing users with granular selections for the telephoto, macro, and selfie lenses. Beta 2 simplifies this selection a bit with a redesigned pop up menu with just three selections: Auto, Close Up, and Front. The Auto feature will automatically transition between the wide and telephoto lenses where necessary, while the close up selection utilizes the ultra wide camera’s macro capabilities.

Apple previewed the ability to disable iCloud.com access via Settings → iCloud → Password & Security, but appears to have removed the feature via a server-side change. If it returns, this feature will allow users to restrict access to iCloud.com data on the web for things like mail, contacts, calendar, photos, notes, reminders, files, etc.

In our hands-on video I also discuss the Siri Dictation bug fix, which means users will now see a prompt after installing iOS 15.4 beta 2 to improve Siri dictation by sharing audio recordings. I also talk about the new upcoming Tap to Pay business-oriented feature that Apple announced yesterday, as well as the new APIs available to developers in beta 2. Finally, I briefly recap some of my experience with Universal Control in the iPadOS beta, along with a fix for the MacBook Bluetooth battery drain bug in macOS 12.3 beta 2.

If you missed our previous in-depth coverage of iOS 15.4 beta 1, you can catch the full post here, along with the full hands-on video walkthrough. What are your thoughts on beta 2? Feel free to share your comments down below.