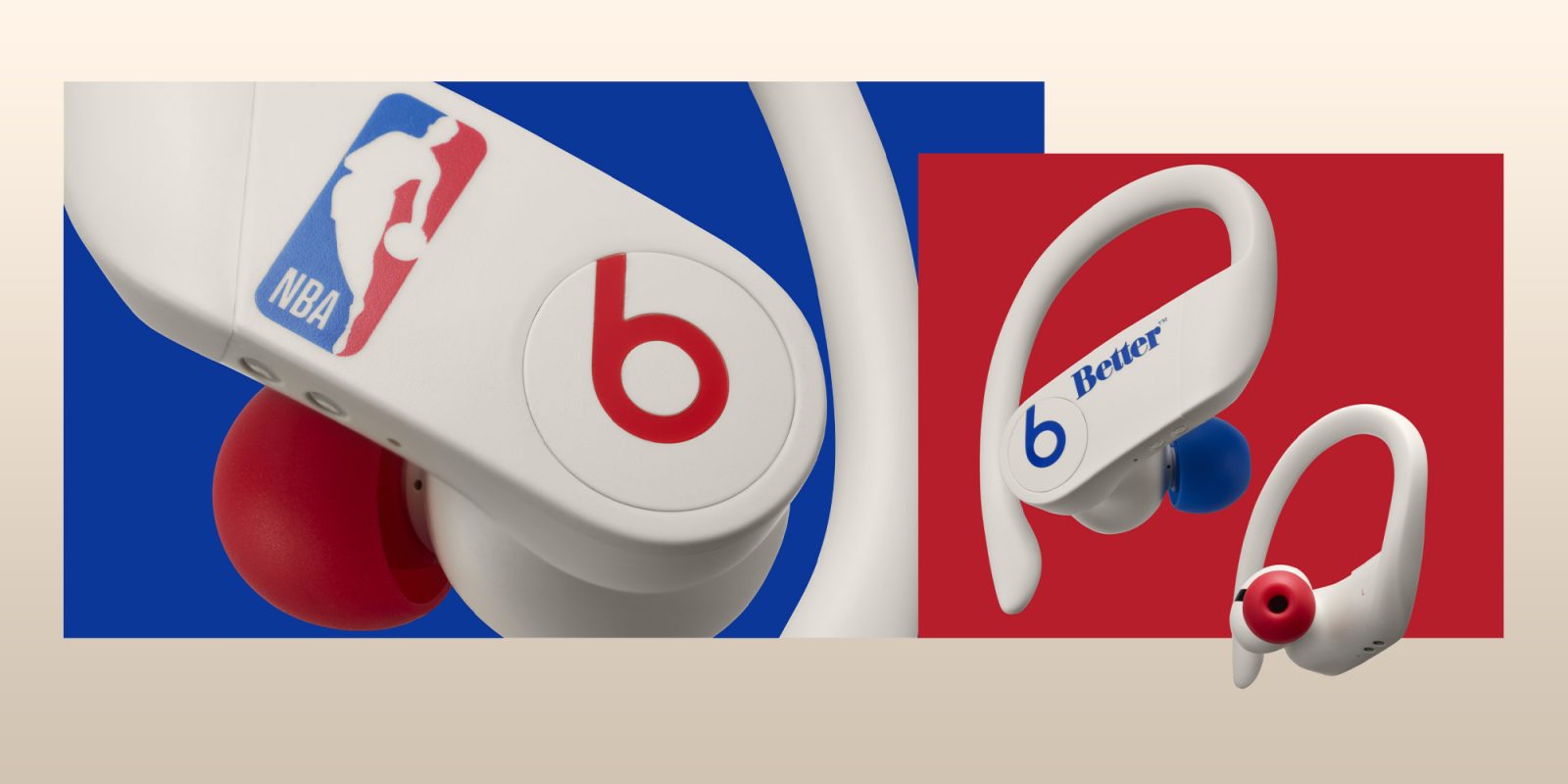 Apple’s Beats brand is celebrating the 75th anniversary of the NBA with a special edition pair of Powerbeats Pro. Designed in collaboration with the Canadian-based brand and retailer Better, these Powerbeats Pro feature red and blue ear tips with an NBA logo on the side.

The NBA x Better Powerbeats Pro were announced by Beats today. The design is meant to celebrate the 7th anniversary of the NBA, which is being celebrated through the 2021-2022 season.

The latest collaboration between Beats and the NBA brings a mix of nostalgia and everlasting quality with Canadian based brand and retailer Better™ Gift Shop to create a special edition set of Powerbeats Pro.

The NBA edition Powerbeats Pro feature NBA and Better logos on either earbud, with a white/cream design. You also get special red and blue ear tips here as well.

Powerbeats Pro were first released in May of 2019 with a fitness-focused design. Despite coming up on their third year on the market, the Powerbeats Pro have remained a popular option. Beats has also expanded its lineup since then with additional options like the Beats Studio Buds and Beats Fit Pro.

It’s hard to recommend spending $249 on Powerbeats Pro when they are nearly three years old. Regardless, if you’re a big NBA fan, these are a fun way to celebrate the 75th anniversary of the league. Will you be picking them up? Let us know down in the comments!