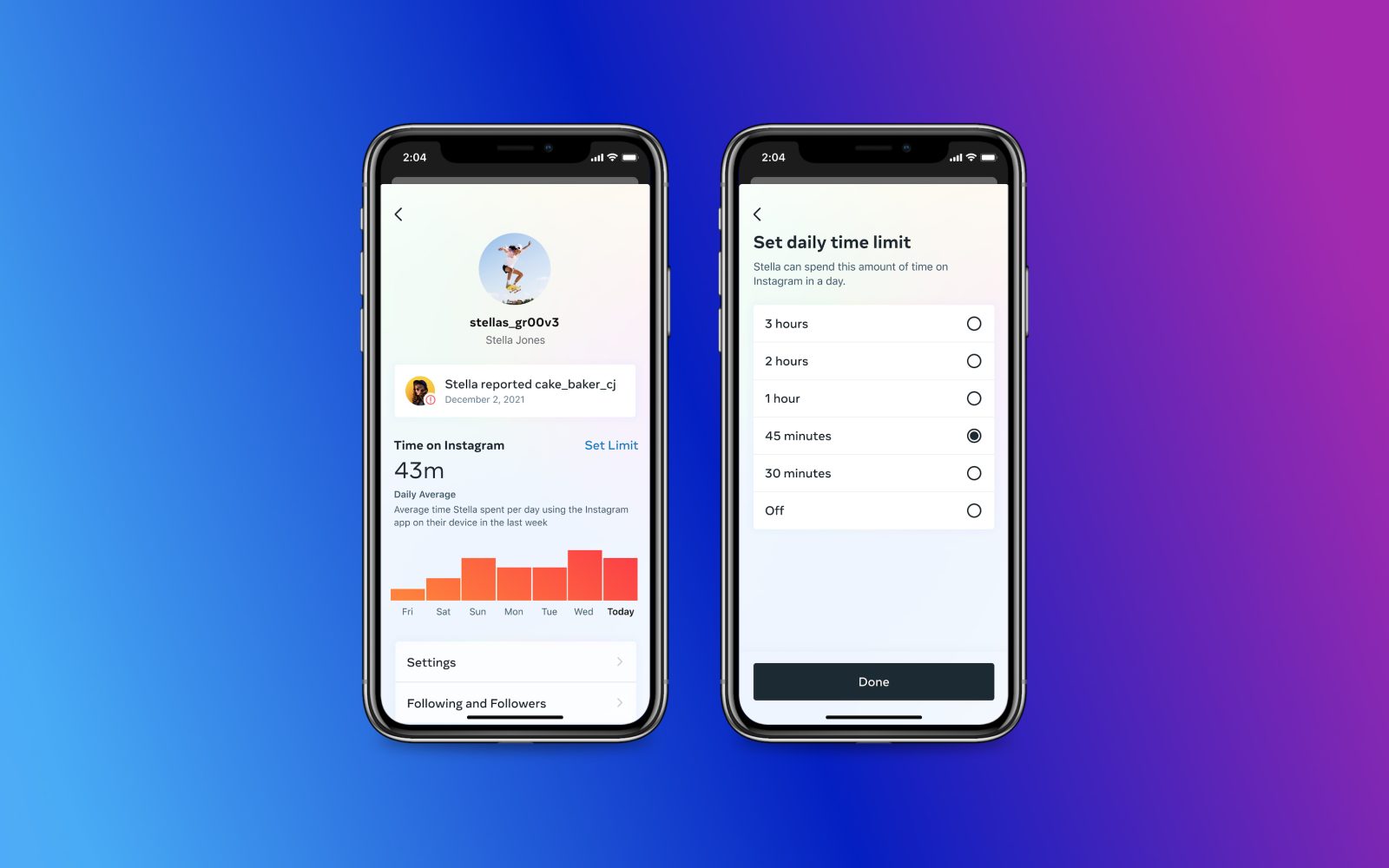 Instagram has quietly updated its ‘Daily Limit’ feature that lets users receive notifications when they spend too much time on the app. However, instead of adding more control, the social network has reduced the time options for Daily Limit notifications.

Since the Daily Limit feature was introduced in 2018, users have been able to receive notifications about their Instagram usage after spending as little as 10 minutes per day on the app. As reported by TechCrunch, the Meta-owned company has now limited the time options available in the app, which now start at 30 minutes.

The Daily Limit settings interface has also been slightly redesigned to show the longer time options first in the list (up to three hours).

While users can still enable full-screen reminders to leave the app after using it for 10 minutes through the “Take a Break” feature, Instagram seems to have made it harder for users to slow down how much time they spend on the social network.

While the company says the update is aimed at making the Daily Limit option less confusing for users, TechCrunch notes that the change was made after Meta’s Q4 2021 earnings report revealed the company has been losing money. After all, forcing users to spend more time on Instagram lets the company target them with more advertisements.

Luckily, if you’re an iPhone or iPad user, you can set a time limit for Instagram or any other app with the “Screen Time” feature introduced with iOS 12.