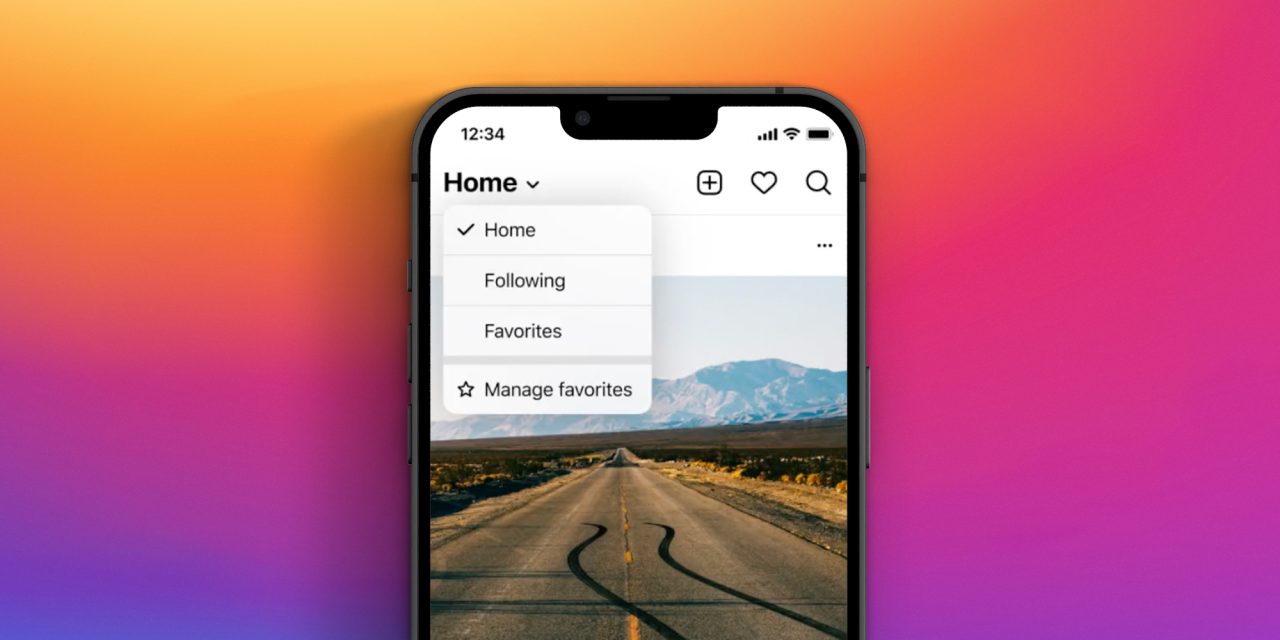 Head of Instagram Adam Mosseri announced today that the app is rolling out for some users the ability to switch between different feeds.

This isn’t the first time Instagram says it will implement a new feed option, as in December, the company said it was planning to bring back a chronological feed option.

Mosseri himself, after testifying before Congress, had said that the company had been working on adding a chronological option to the Instagram app “for months,” and that he hopes to launch it sometime “in the first quarter of next year.”

Now, the head of the app is back with news regarding different feed options. Adam Mosseri says that the company will launch three different views on the user’s home screen, with two of them giving you the option to see posts in chronological order:

Mosseri says these new feed options are already out for some users and Instagram expects to roll out this feature to more users in a couple of weeks, with the full experience available to all users in the first half of 2022.