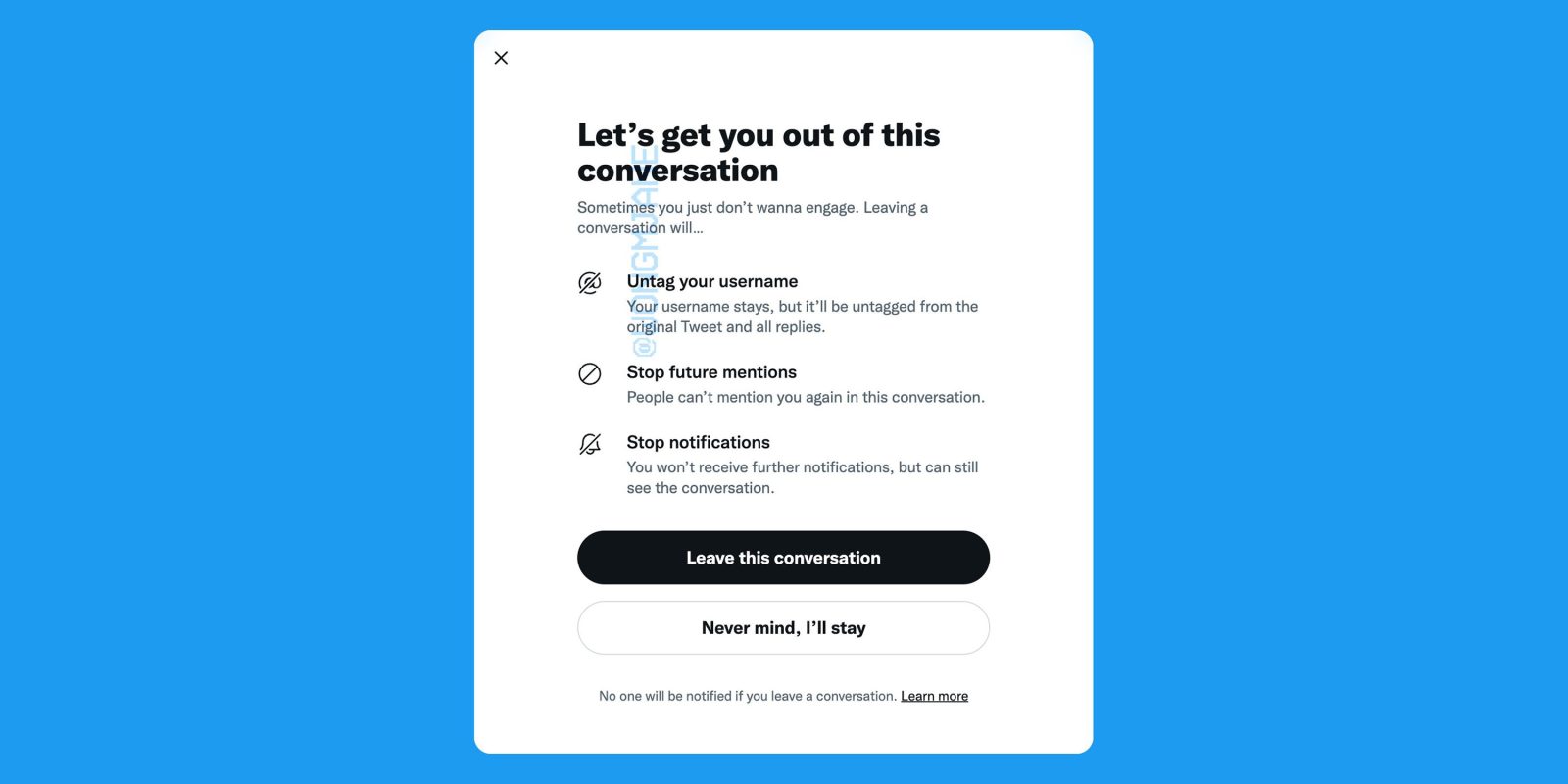 Twitter appears to be working on a feature that will allow you to untag your Twitter username from an unwanted thread, aka escape from ‘Twitter canoes’ …

It’s a situation I find myself in all the time. A piece I wrote is tweeted with my username, and then two or more people decided to have a childish argument in the thread – growing increasingly angry with each other. Because my Twitter username is tagged, I get notified of every post, and every line of the nonsense appears in my Mentions.

It can also happen when you respond to someone’s tweet, and the two of you are having an interesting conversation, then other people join in and the thread descends into chaos. Lindsey Weber coined the term ‘Twitter canoe‘ for this situation.

A Twitter canoe is a conversation with more than three participants. The term was coined by Vulture’s Lindsey Weber in 2012, but the concept grew in popularity this year. Canoes often begin when someone inserts him- or herself into a conversation between two people. Others then feel free to join in, and there is soon little-to-no space for actual conversation as the thread accumulates more and more usernames. Participants are advised to “grab a paddle” to bring the canoe “ashore” before it “sinks.” Thousands have drowned in capsized Twitter canoes.

Twitter appears to be working on a simple solution to this: a ‘Leave this conversation’ feature.

Let’s get you out of this conversation. Sometimes you just don’t wanna engage. Leaving a conversation will:

Untag your username. Your username stays, but it’ll be untagged from the original Tweet and all replies.

Wong says that if someone tries to @ you within the thread, it will just remain as text and not turn into a link, meaning you won’t be notified.