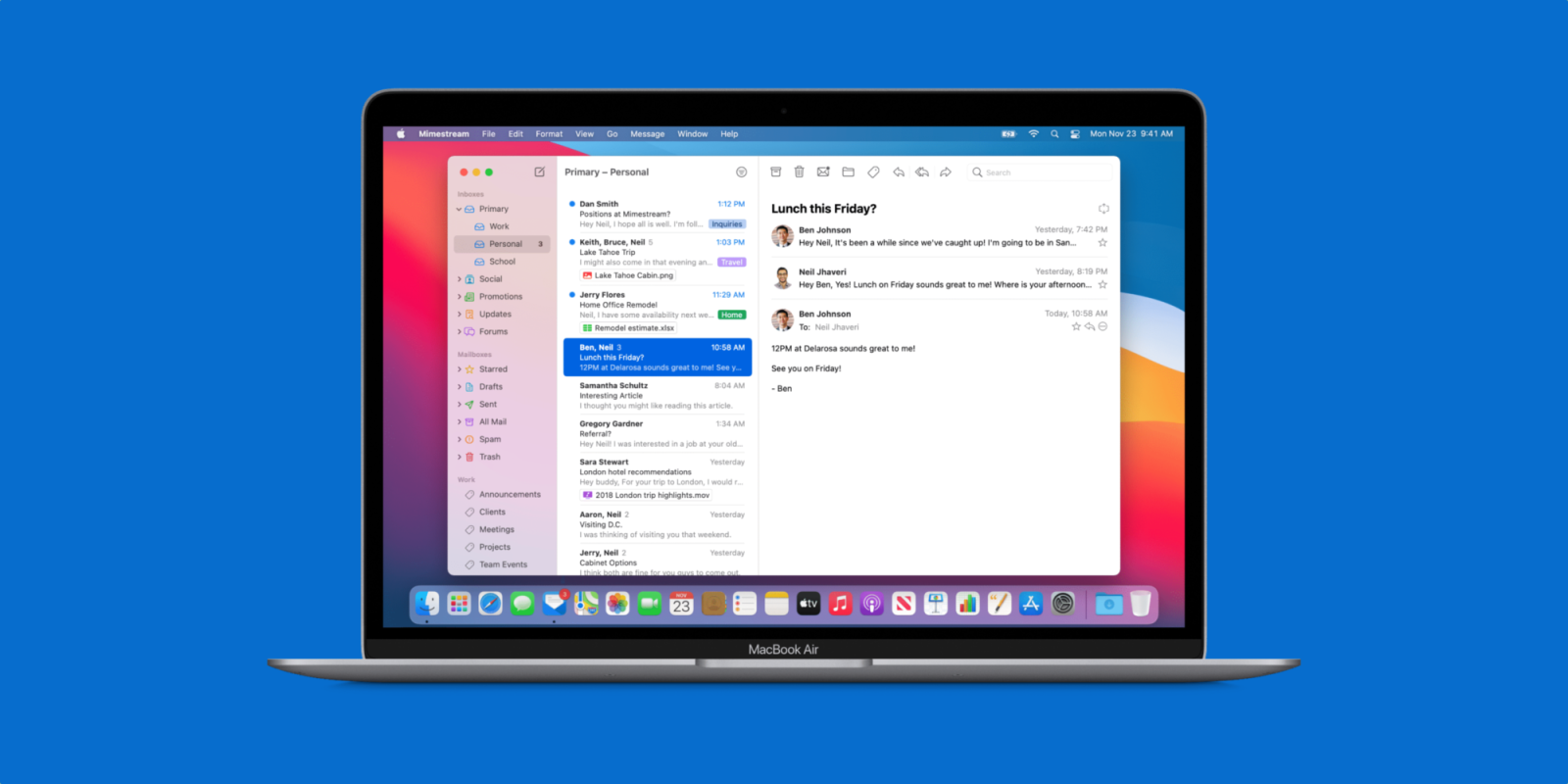 A variety of third-party mail apps for Mac have come and gone over the years, ranging from the once-revolutionary but now defunct Mailbox app, to currently-available options like Spark. One of the more recent options to enter this space is an app called Mimestream, and it comes from a former Apple engineer. It just might be the best Gmail app for macOS yet.

A new update to Mimestream today brings a handful of new features, including deeper integration with Google Calendar, additional customization options, and more.

The best Gmail app for macOS?

For those unfamiliar, Mimestream is billed as a “native macOS email client for Gmail. The idea is that it combines Gmail features that you’d find on the web with the power and integration of a native macOS app. The app is completely native for macOS and written in Swift, and it taps into the Gmail API rather than the IMAP protocol to offer many of the Gmail-specific features.

Mimestream is developed by Neil Jhaveri, who previously spent over seven years at Apple. During his time at Apple, Jhaveri worked on Mail and Notes apps for macOS and iPad. He served as an Engineering Manager for the Mail team when he departed in 2017.

Today’s update continues to deepen the integration between Gmail features and the native macOS Mimestream application. The most notable feature is integration with Google Calendar, which allows you to accept or decline Google Calendar invites directly within Mimestream. You can also add notes to the event and view other events scheduled for that same day.

Other new features included with today’s Mimestream update are:

I’ve been using Mimestream as my macOS email client of choice for the past few months, and I have to say that it’s an incredibly impressive experience. The biggest limitation, of course, is that it’s limited to Gmail accounts for the time being. Luckily, I’m immersed in the Gmail ecosystem for all of my accounts, so this isn’t an issue for me.

Apple’s Mail app on the Mac has gone a bit stagnant in recent years, giving Google and other apps the ability to surpass it in features and performance. One of the biggest areas I notice this is when it comes to searching. The search feature of Apple Mail is slow and unreliable, while Gmail’s search feature is incredibly powerful. In the past, I would often go to Gmail in Safari whenever I needed to search for something that I knew the Mail app wouldn’t be able to find.

Mimestream does a great job of combining these Gmail features with the experience of a native macOS application. It’s fast and responsive, optimized for Apple Silicon, features a familiar design language, and is always reliable.

Mimestream is technically still in beta, but you can join the beta testing program for free via the company’s website right here. As long as you’re immersed in the Gmail ecosystem, Mimestream is the best native macOS email client on the market today.