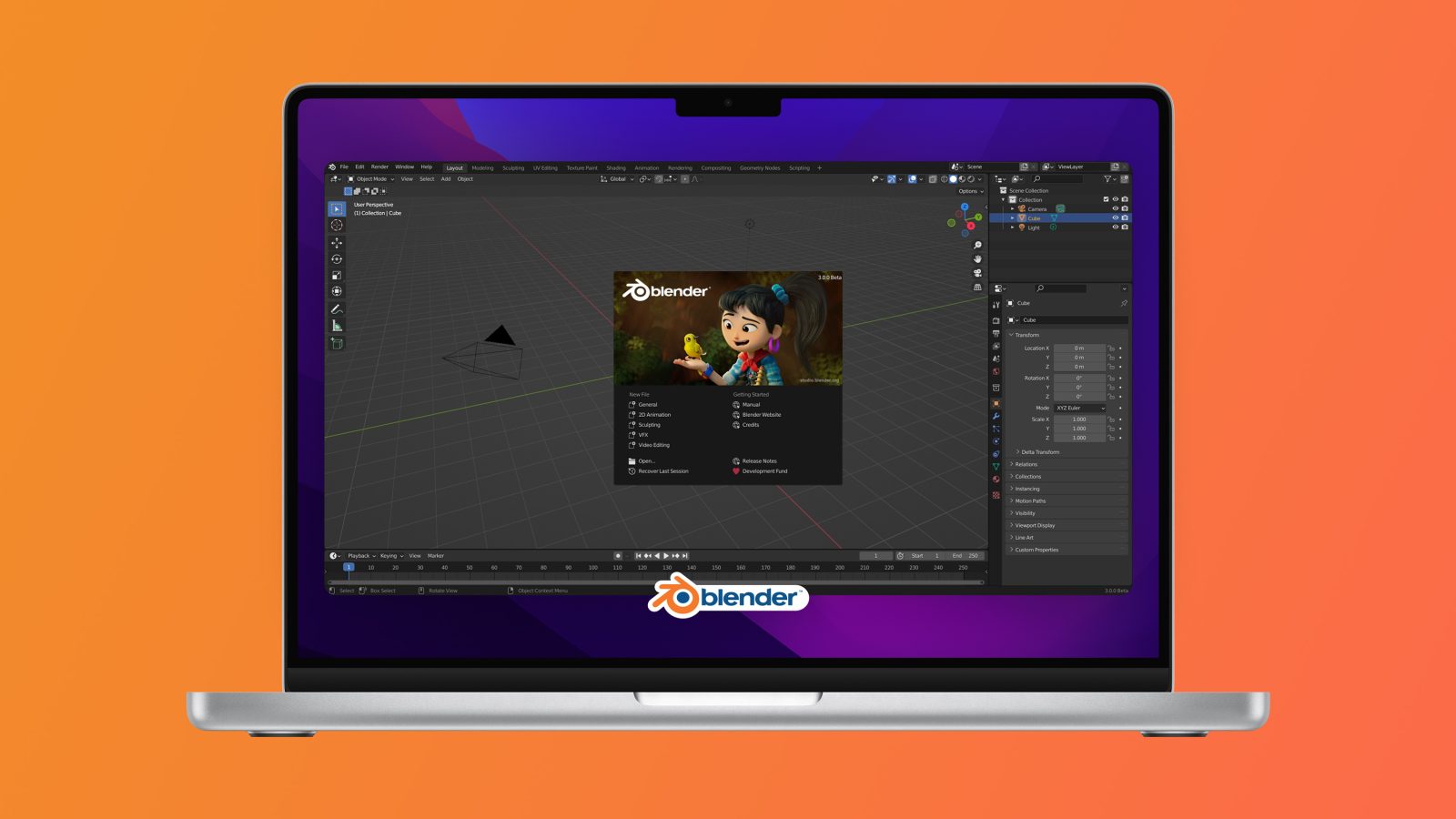 The popular open-source 3D software Blender has just been updated to version 3.1, and the update brings important improvements – especially for Mac users. Blender 3.1 now has Metal GPU rendering for Macs with the M1 chip and its variants.

A beta version of Blender 3.1 with Metal support was released back in December 2021, and the update is now available to all users. Since Apple ended support for OpenCL technology in macOS in favor of Metal, Blender has never offered the option to enable GPU rendering on Macs.

Now with the Metal backend, the app not only runs faster thanks to the access it has to the GPU, but also works with the GPU built into the M1, M1 Pro, M1 Max, and M1 Ultra chips. As shown on the Blender website, rendering times are up to 2x shorter with Metal GPU rendering compared to standard CPU rendering.

However, this is only part of the story, as Blender 3.1 uses less memory, ray tracing precision has been improved, asset browser libraries are now indexed for faster loading, and the app has received 19 new nodes.

You can check out all the new features and download Blender 3.1 on its official website. It’s worth noting that Metal GPU rendering only works with Apple Silicon chips right now and it requires a Mac running macOS Monterey 12.2 or later. An upcoming update will enable Metal rendering for Macs with AMD and Intel graphics.