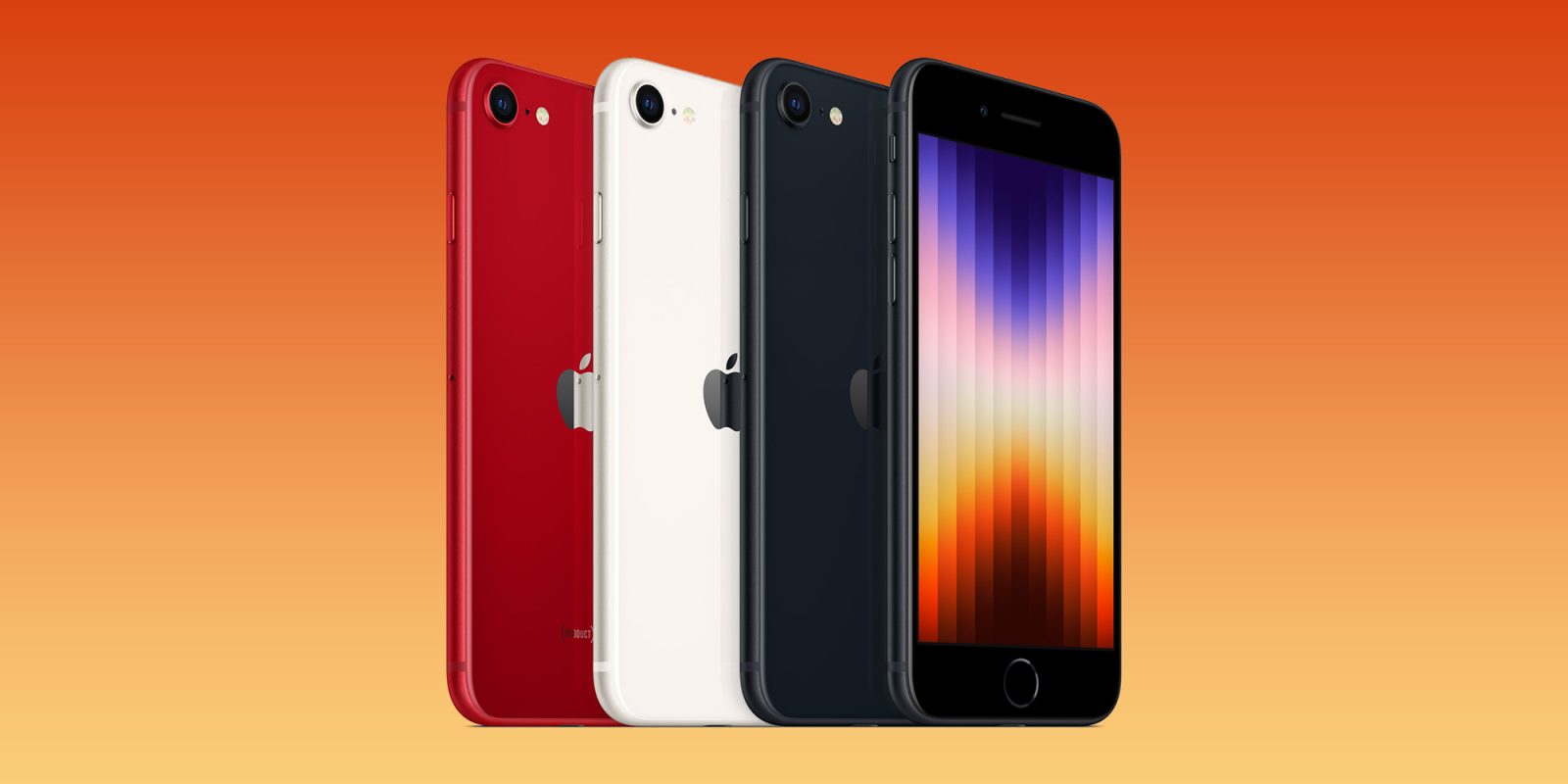 Ahead of the first orders arriving to buyers on Friday, the first reviews of Apple’s new iPhone SE 3 have officially hit the web. These reviews offer a more in-depth look at Apple’s “new” iPhone SE, including the A15 chip on the inside, 5G connectivity, and the classic home button and Touch ID design.

Writing for The Verge, Allison Johnson explains that the iPhone SE features the modern internals of a smartphone, but “stuck in yesterday’s design.” Johnson notes that the iPhone SE is a “fantastic midrange phone,” but it’s hard to overlook the outdated design and small display.

Everything about the iPhone SE is designed for the next few years except for one very important component: the screen. More specifically, the thick bezels that border the 4.7-inch LCD on the top and bottom. It’s a tired design straight out of 2017 that makes an already-small screen feel even smaller than it could be.

That’s a shame, because otherwise the SE is a fantastic midrange phone. With a starting price of $429, it will give you an excellent return on your investment since it will almost certainly get software updates for years to come. This year’s model also includes 5G, and naturally, Apple’s latest and greatest processor, both of which future-proof the phone for wireless advancements to come in the near future.

One of the things the new A15 Bionic chip inside the iPhone SE 3 powers is the camera. Engadget details these notable camera improvements:

But if you’re content with a solo camera, the iPhone SE 2022 will suffice. It takes surprisingly sharp and colorful photos that are on par with the iPhone 13 mini’s. Ornaments on the red brick facade of a local building looked equally crisp when shot on either phone, even when I zoomed all the way in. It’s clear that with the A15 Bionic and processing upgrades like Smart HDR 4, Apple’s been able to make the iPhone SE’s camera perform as well as the main sensor on its flagship.

I was surprised by how similar the iPhone SE’s pictures were to the iPhone 13 mini’s. From landscapes to portraits of my coworkers, there were barely any differences in the shots taken by the two phones. The Pixel 5a was better at isolating our video producer’s spiky hair from the background than either iPhone, but all three devices performed admirably.

CNET notes that, despite the outdated design and form factor, Touch ID on the iPhone SE 3 is actually better than Face ID in some instances:

After using Face ID-enabled iPhone models over the last several years, I was surprised by how much I enjoyed using Touch ID again. I hadn’t realized how much I missed it. It’s a joy to use Apple Pay by merely laying my thumb on my home button, compared to holding up a Face ID-enabled phone to my face to authenticate before paying with a card. At times, double-tapping the home button felt like a superior way to get into the app switcher. There are rumors that Apple might eventually bring back Touch ID with an under-display sensor like Samsung’s Galaxy phones and the Pixel 6 line, but until then the iPhone SE’s home button is the only iPhone still including it.

All in all, the reviews form a clear narrative. The iPhone SE 3 is an impressive value with 5G and an A15 Bionic chip on the inside (despite this year’s $30 price increase). But with that being said, this probably should be the last year that Apple clings to this 4.7-inch form factor.