HomePod mini officially available in Belgium, the Netherlands, and Switzerland 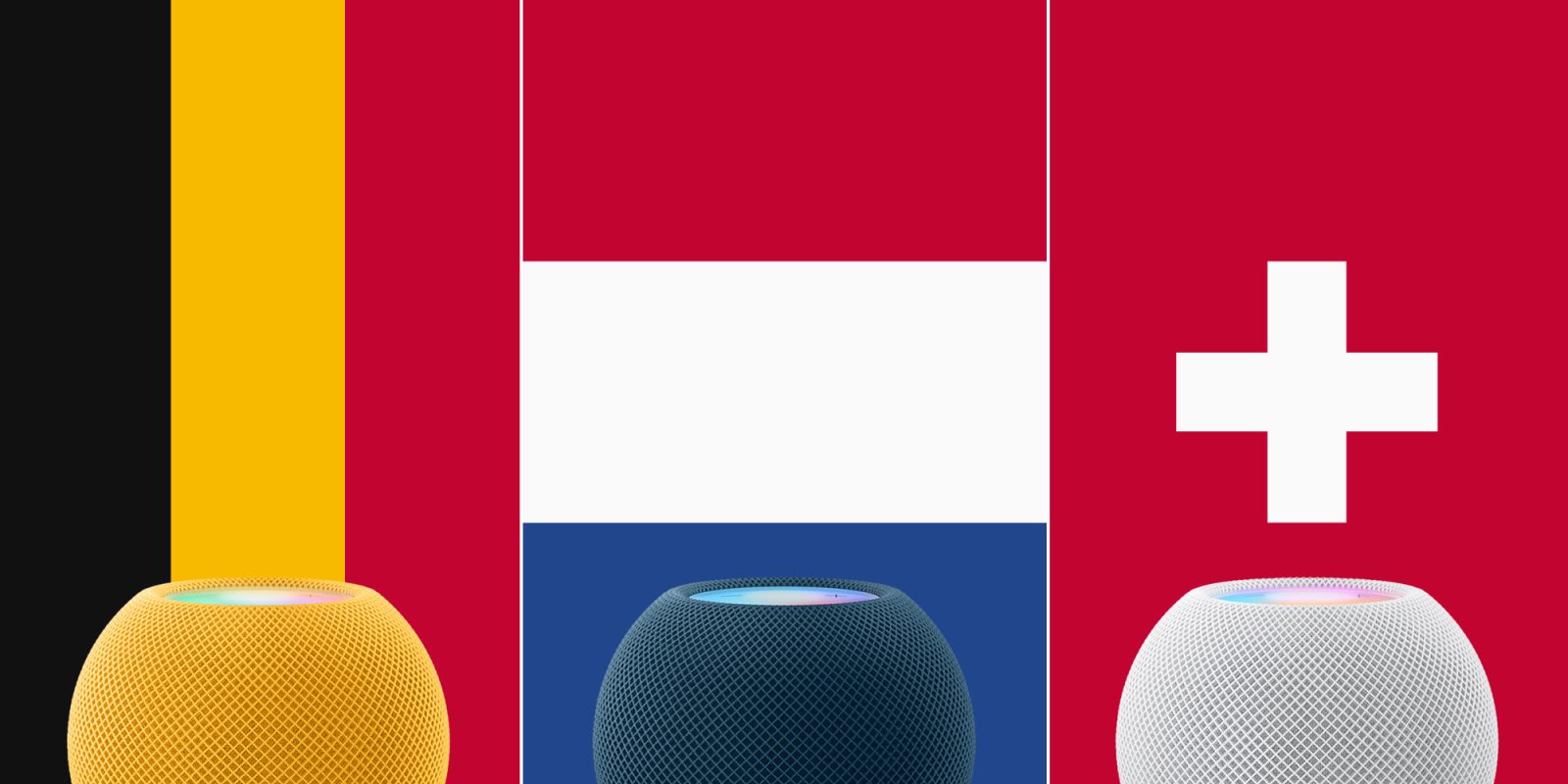 The HomePod mini is now officially available in Belgium, the Netherlands, and Switzerland. Apple had previously said that the smart speaker would launch in these countries by the end of March.

Apple updated earlier news releases to confirm today’s launch, with identical copy aside from the country and price …

For example, in the Netherlands:

Apple has announced that HomePod mini is available in the Netherlands starting today for just €109.

HomePod mini delivers impressive sound, has the intelligence of Siri and forms the basis of a smart home where you can easily provide comfort and convenience. HomePod mini is less than 8.5cm high and is packed with innovative technologies and advanced software that combine with computational audio to deliver 360º audio that sounds fantastic from all angles.

HomePod mini is available in white, space gray, blue, orange and yellow. It also has matching color details, such as the mesh, touch surface, volume buttons and a fabric power cable.

The release leads with the audio experience.

HomePod mini uses computational audio for rich, detailed acoustics and optimal performance. For powerful sound from such a compact design, the Apple S5 chip uses advanced software to analyze the unique characteristics of the music. Using complex sound models, HomePod mini can optimize volume, adjust dynamic range, and control the movement of the driver and passive radiators in real time.

HomePod mini’s full-range driver, high-quality neodymium magnet and two passive force-cancelling radiators deliver deep bass and crystal-clear highs. In addition, it features an Apple-developed acoustic waveguide that directs the sound flow in the speaker down and out, so that it sounds like you are in the middle of the sound.

It goes on to describe the stereo pairing and multi-room capabilities; integration with Apple Music, Apple Podcasts, and radio stations; use with Apple TV; transferring audio between HomePod mini and iPhone; with Siri capabilities saved to the end.