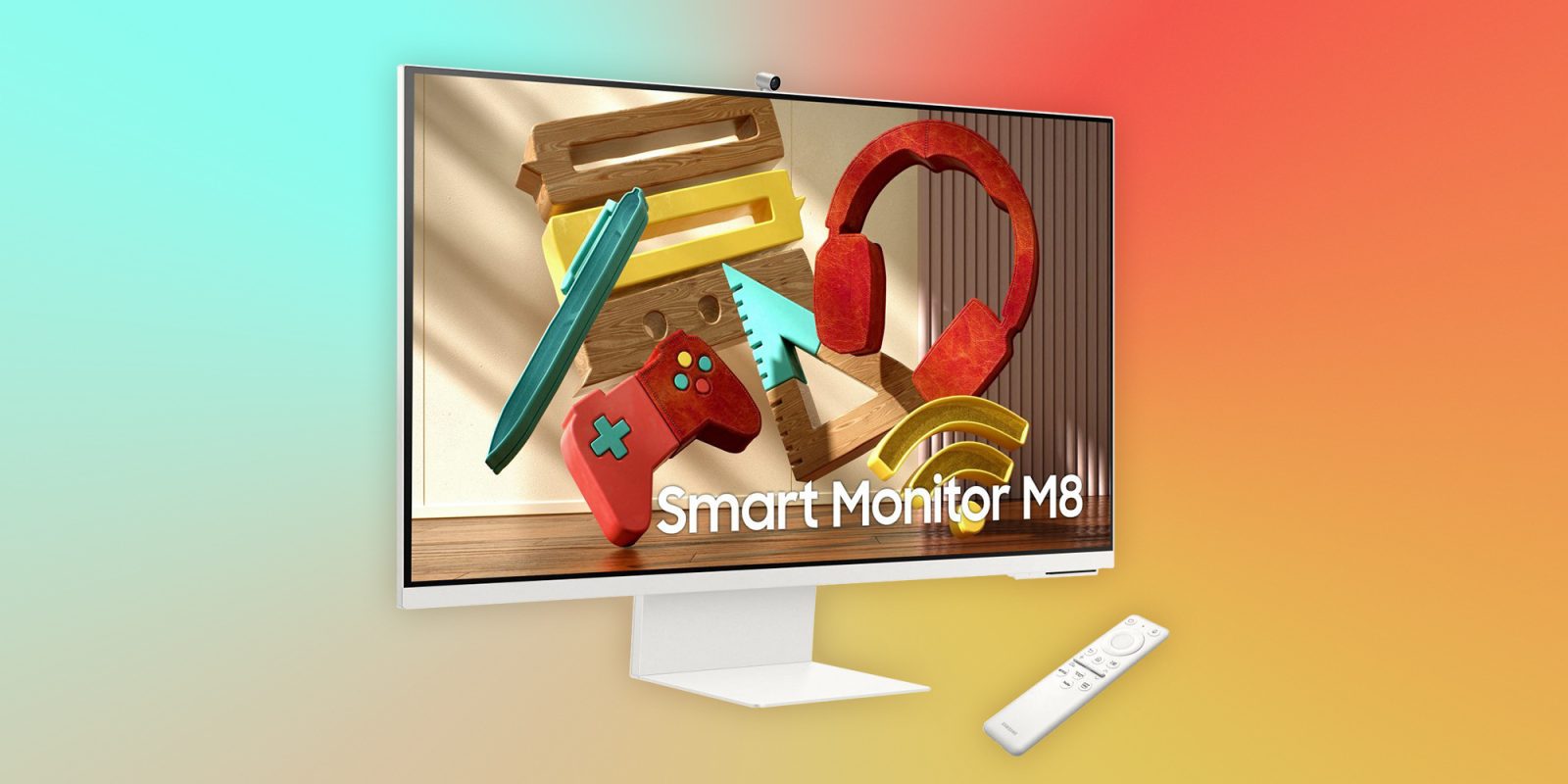 First unveiled at CES back in January, Samsung has officially launched its new Smart Monitor M8. The 32-inch display with a very iMac-inspired design comes with a solid range of features like Apple’s AirPlay, built-in/removable webcam, USB-C connectivity, and more with starting price of $699.

The 4K Smart Monitor M8 may not be a direct competitor to Apple’s new 5K Studio Display or other $1,000+ prosumer monitors. But it does offer a well-rounded feature set and specs that will be compelling for many users at an affordable price.

While Samsung first showed off the M8 in just white, late last week we noticed the company added even more iMac vibes with blue, green, and pink finishes along with pricing details.

The Samsung Smart Monitor M8 features a thickness of just 11.4mm – that’s 0.1mm thinner than Apple’s M1 iMac – and even includes its magnetic and removable SlimFit camera for video calls and more. That camera even has a Center Stage-like face tracking feature.

The built-in stand features both height and tilt adjustability. And with its integrated TV functionality and Apple AirPlay support, a remote control comes included in the box.

Our goal is to ensure that people don’t have to choose between technology devices. With our new Smart Monitor, they really can do it all from one single screen as we’ve equipped it with all the necessary tools and features needed to seamlessly transition between work, entertainment, and learning.

The Smart Monitor M8 is up for pre-order now direct from Samsung with the white version going for $699.99 and the colored variants selling for $729.99.

*Note: some of the models are still showing a “Reserve Now” option while others like white and pink are up for pre-order at the time of writing.