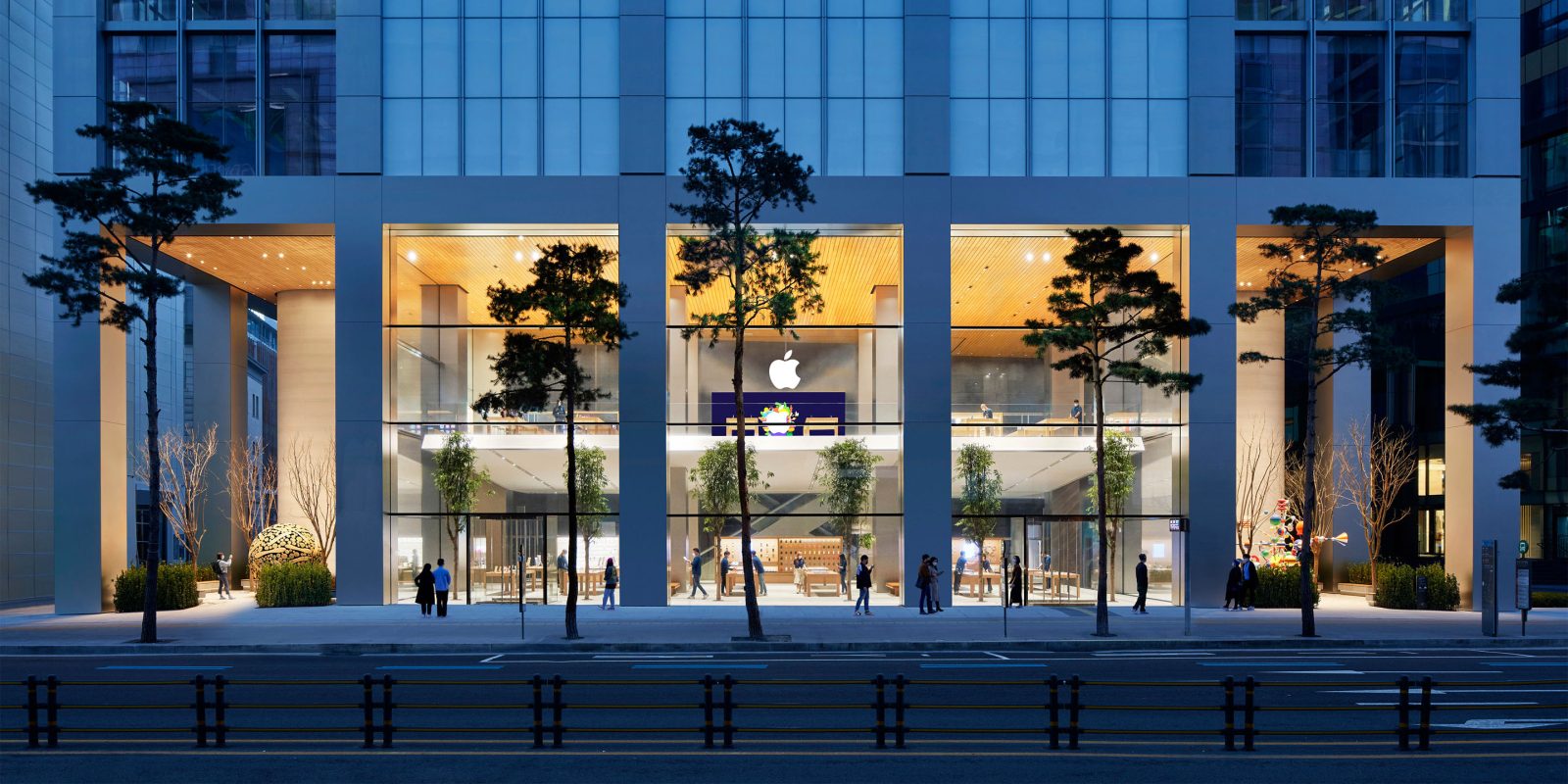 Apple has shared photos of the new two-story Apple Store Myeongdong, two days ahead of the official opening of the latest South Korean store.

The design looks pretty standard for a contemporary Apple Store, though it does have a couple of unique touches …

We first learned in February that Apple was planning two new retail stores in South Korea, when the company began advertising for staff.

The following month, Apple confirmed plans to open its largest store in the country in Seoul’s historical center of Jung-gu.

Looking through most of the official photos shared by Apple today, we see the familiar layouts and designs of tables and wall displays. There are, however, a couple of unique touches outside the store, in the form of locally created sculptures.

Offering visitors a small haven from the hustle of the busy street, landscaped pocket gardens flank both corners of the store, and include commissioned sculptures created by Korean artists Jaehyo Lee and VAKKI. The greenery flows into the space, with a shaded grove of trees lining the storefront.

Apple says that inside, customers can find two features new to Korea: an Apple TV+ display areas, and a new pickup counter.

Once inside, customers can browse Apple’s latest products and services on the tables and avenues — including Apple TV+, following its recent launch in Korea. A newly dedicated Apple Pickup area, the first of its kind in Asia, makes it even more convenient to pick up products ordered online.

You’ll need to make a reservation if you want to attend the opening, at which there will be a K-pop performance and talk.

The store will debut Apple’s first-ever K-pop Today at Apple Remix session featuring K-pop supergroup SEVENTEEN. The new session, set to launch in other Apple stores across Asia, will spotlight the band’s soon-to-be-released single, “Darl+ing,” arriving ahead of their full-length album that will debut in May. Attendees will discover more about the group’s creative process, and deconstruct the new track using iPad and GarageBand.

Some unique Today at Apple sessions are also planned.