Pestle for iOS updated with new options for sharing recipes 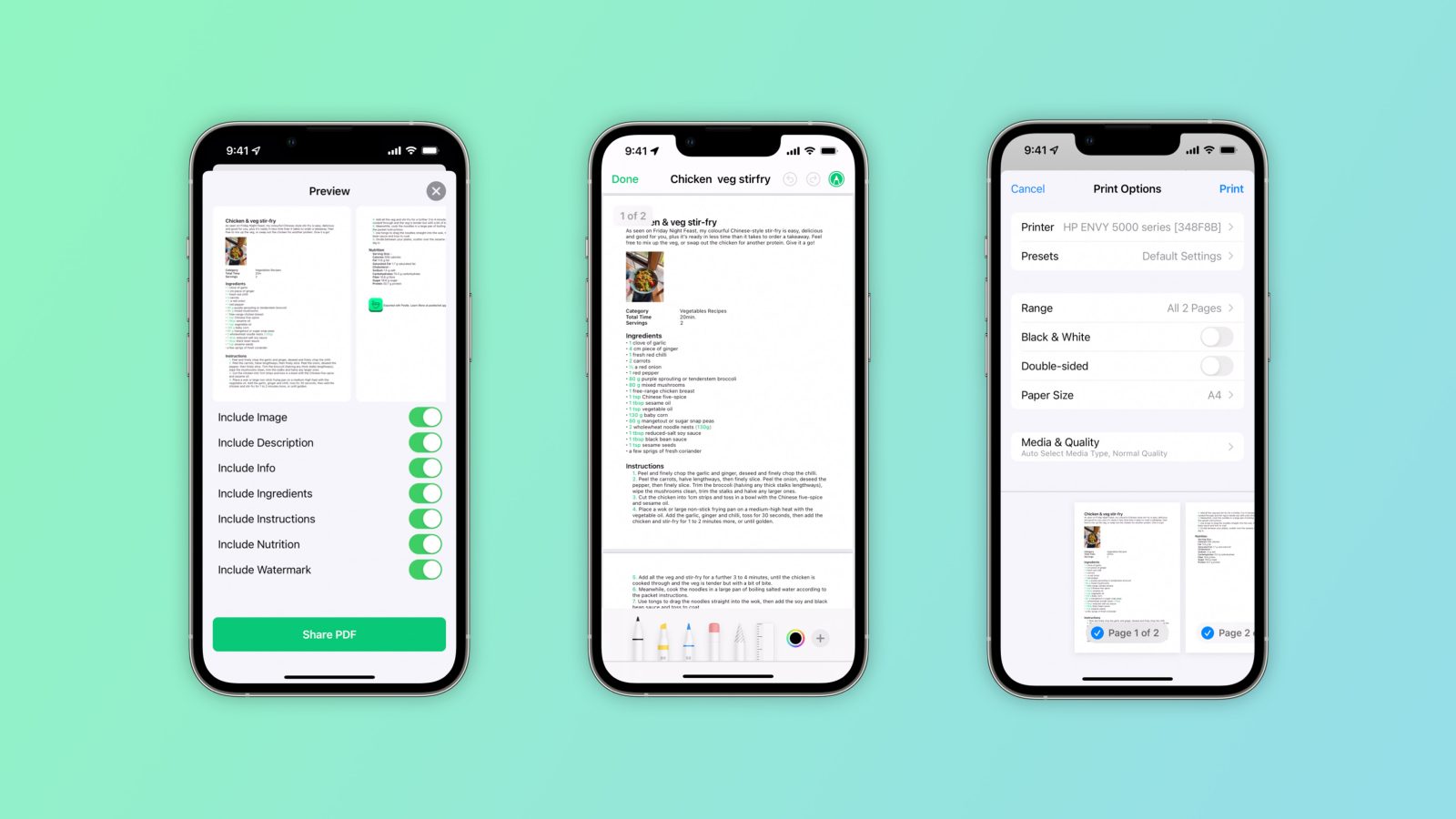 Pestle is a recipe and cooking app for iOS released earlier this year by indie developer Will Bishop – who’s also behind Chirp for Apple Watch. This week, Pestle was updated with new options that let users easily share recipes from the app.

For those unfamiliar, Pestle lets you import recipes from any website, so the app turns them into a step-by-step process automatically. The app comes with some great features like SharePlay support for cooking with other people using FaceTime and voice commands to skip to the next step in the recipe.

In its latest update (version 1.0.10), Pestle now lets users share their recipes in any way they want. In addition to the option to print a recipe, you can also save it as PDF, plain text, or Markdown. Of course, you can also share the original link to the recipe.

You can now share your recipes from Pestle straight to your real-world printer! In addition to printing recipes, you can save recipes as a PDF, share them with your friends as Plain Text, or even straight to your blog with Markdown. If sharing a link is more your style, I’ve made that even more reliable too, so an all around sharing packed update!

The app works quite intuitively as all you need to do is use the iOS Share Sheet to import a recipe. It not only gets the text, but also images and the name of the recipe.

If you want to give the app a try, Pestle is available on the App Store for iPhone and iPad as a free download with in-app purchases. You can read more about Pestle here on 9to5Mac.