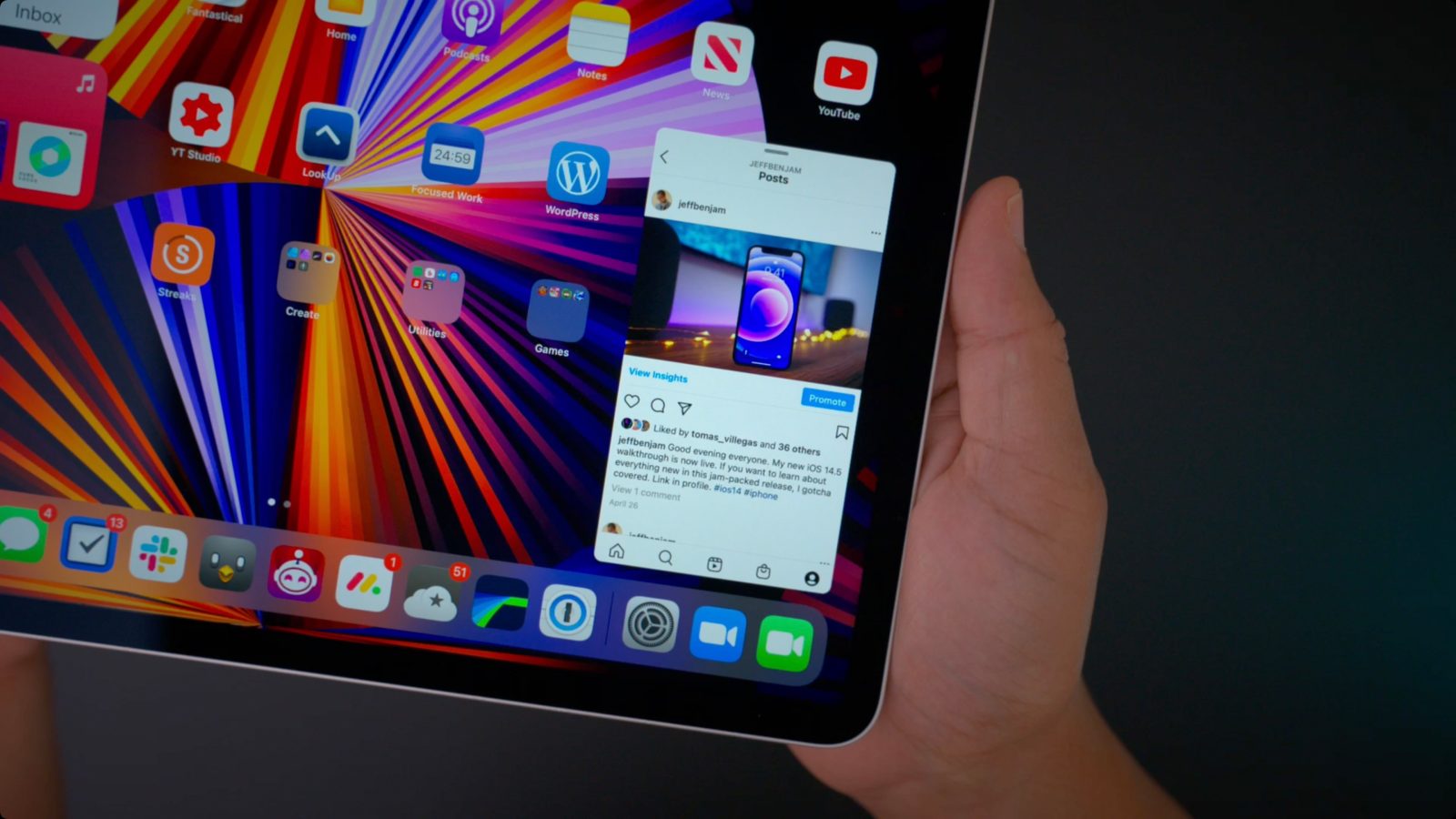 This week, analyst Ross Young reported Apple is planning a larger iPad Pro for early 2023. The model would bet on a 14.1-inch display with ProMotion and mini-LED technology. That said, one would expect that Apple could scrap its plans to launch a new iPad Pro model in 2022. According to Mark Gurman, no, Apple is still expected to update its Pro lineup this year.

In his latest edition of the Power On newsletter, Bloomberg’s Mark Gurman says a new iPad Pro is expected for later September or October.

It depends on how you define ‘soon’. If soon is September or October, then yes. And I am looking forward to it. My 2020 iPad Pro with an A12Z is already showing its age (amazing how that works)– and it doesn’t support the latest multitasking features. In fact, I’ve loaded up iPadOS 16 on my iPad Pro and I really can’t find anything new. For the next iPad Pro, expect M2 chips, wireless charing, and upgrades to the camera system.

Previous reports by Gurman and other analysts showed that Apple’s indeed readying an update to iPad Pro in 2022. Although miniLED technology is no longer expected for the 11-inch model, there are a handful of new features coming to the tablet, as Bloomberg’s journalist highlighted:

With Apple just previewing iPadOS 16, it sure makes sense for the company to prepare to introduce a new iPad Pro this year, once the best features are limited to the M1 iPads.

One thing that it’s still not clear is whether Apple will now only bring an 11-inch model, or if the company will introduce these two iPads, and then a 14-inch option early next year.

In conclusion, with Stage Manager being previewed by the company, a larger iPad makes total sense, but we still will have to wait and see what Apple’s true plans are.

Are you excited about the possible new iPad? Share your thoughts in the comments section below.