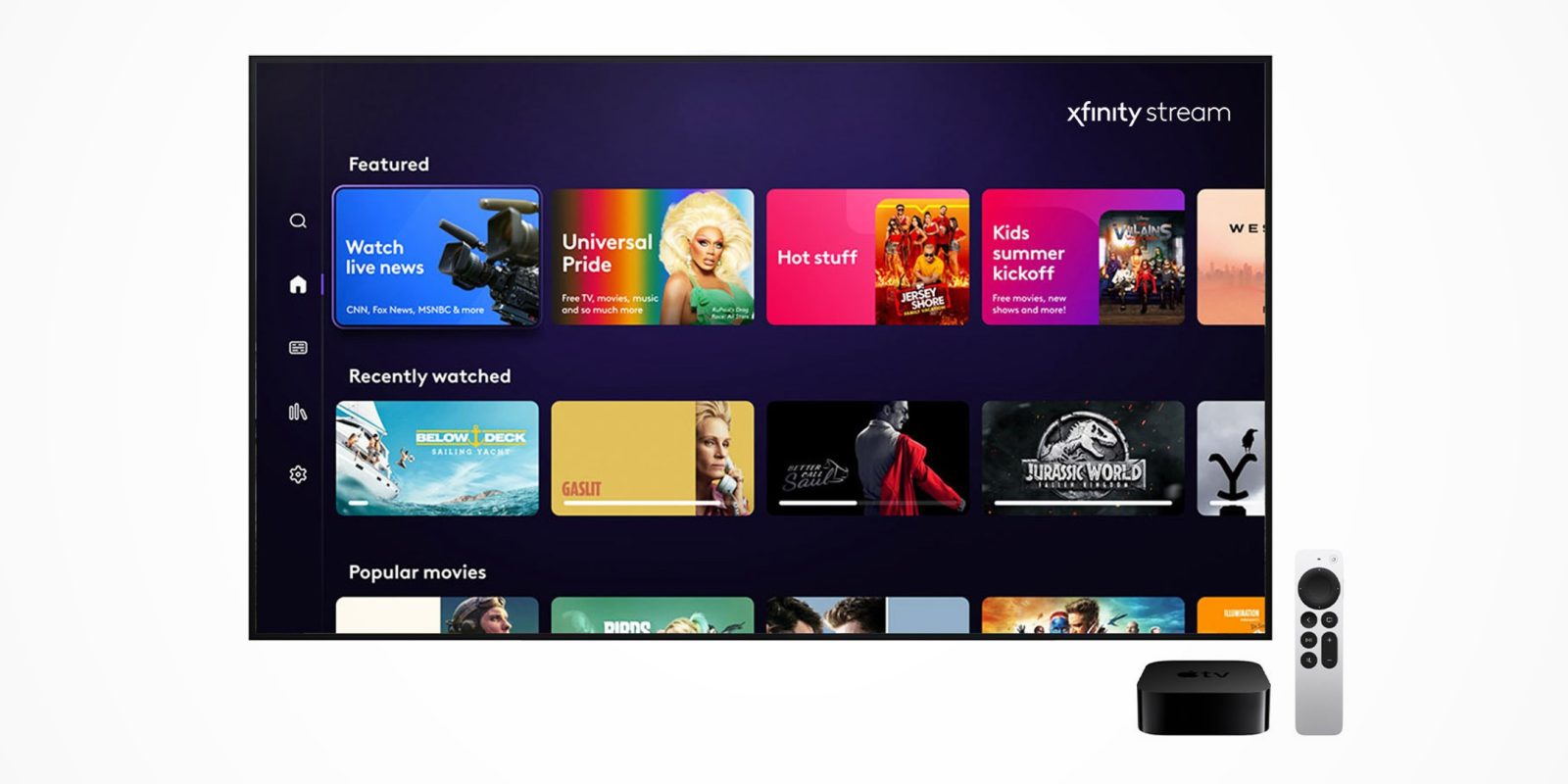 The app’s launch was first teased back in October 2021, when a partnership between Apple and Comcast also brought Apple TV app to Comcast cable boxes.

The Xfinity Stream app allows you to access most of what you can watch through an actual Xfinity box, but streaming over the internet through the Apple TV.

Customers simply log in with their existing Xfinity TV subscription and then they can use the Xfinity Stream app to stream more than 250 live TV channels. You can also access thousands of shows and movies from the Xfinity on-demand library.

The app tracks what you are watching and lets you easily pick up from where you left off in a series. You can also record shows for later, mimicking the DVR functionality of an actual cable box.

Comcast says the Apple TV app is the debut of an overhauled Xfinity Stream UI making it easier than ever to find something to watch. In the future, the new UI will make its way to other platforms where the Xfinity Stream is already available.

Comcast’s UK subsidiary, Sky, has also promised that an Apple TV version of its on-the-go streaming app — Sky Go — will also launch this year. In fact, Sky Go has been running a TestFlight beta for a few months now. However, a firm release date for Sky Go on tvOS has not been officially announced yet.