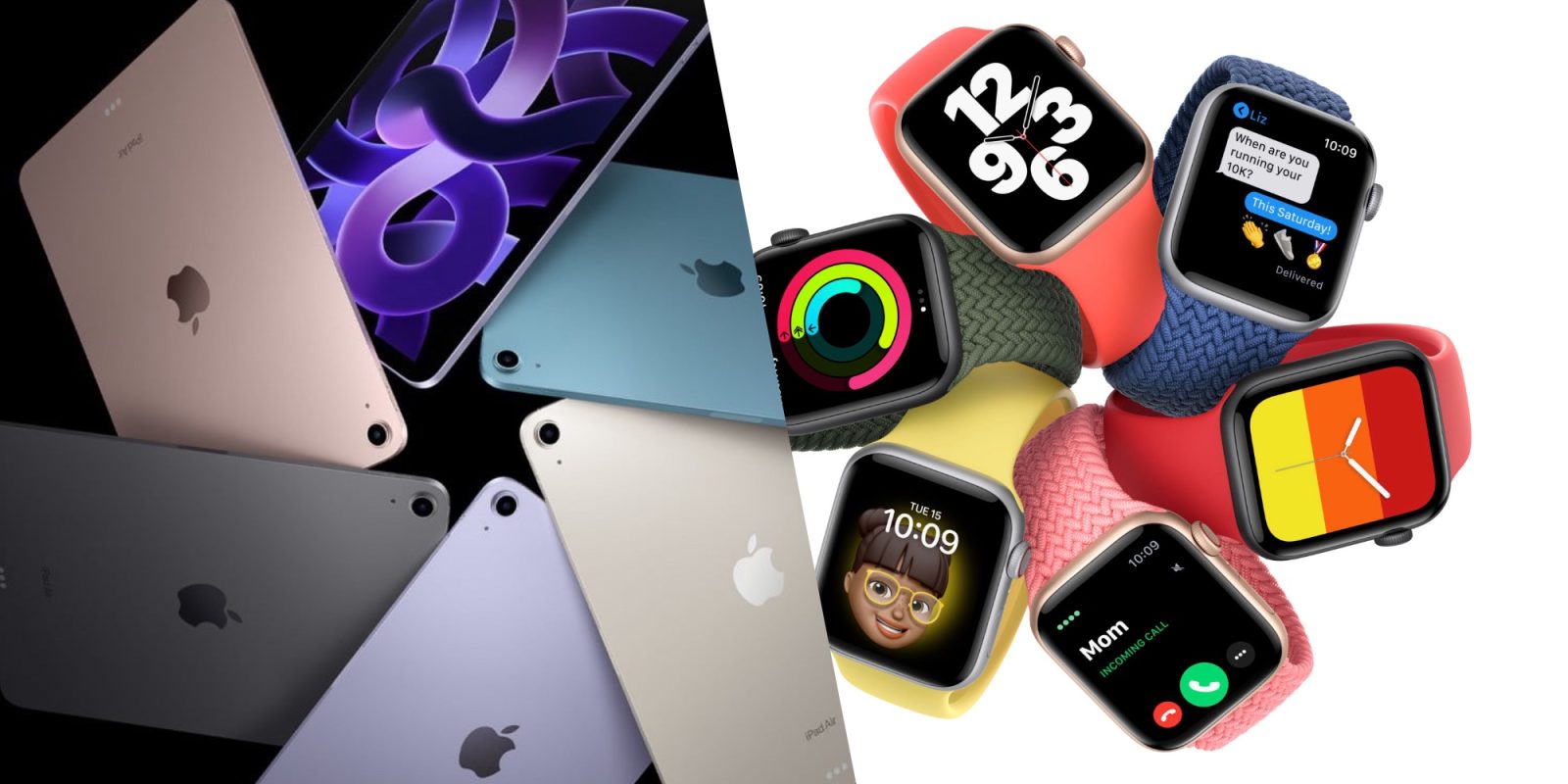 Heading into the weekend, all of today’s best deals include Apple’s latest iPad Air 5 at up to $70 off to go alongside the Apple Watch SE at $199 which can run the latest watchOS 9 update. Plus, Amazon is clearing out almost all of Apple’s official iPhone 13 series cases from $30. Hit the jump for all that and more in the latest 9to5Toys Lunch Break.

Amazon is now offering Apple’s latest iPad Air 5 Wi-Fi 256GB for $679. Down from the usual $749 price tag, today’s offer amounts to $70 in savings and marks a new all-time low at $41 under our previous mention. You can also save on the entry-level 64GB model, which nows starts at $559 in several styles, as well.

Bringing Apple’s Neural Engine-backed M1 chip to a more affordable form-factor, the new iPad Air 5 arrives with the same desktop-class performance as its other machines. Its 12MP Ultra Wide front camera packs Center Stage support, and the 10.9-inch display rocks True Tone, P3 wide color support, and an antireflective coating. Staples from last time like Touch ID in the power button and Apple Pencil integration are onboard, as well. Learn more about iPad Air 5 over in our coverage.

Apple just released its new SE 2 wearable last week alongside today’s Ultra debut, but now, Amazon is heading into the weekend by clearing out the original model. Right now, you can score the Apple Watch SE GPS 40mm for $199. Down from its original $279 price tag, this is $50 below what you’d pay for the new SE 2 and delivering a new all-time low in the process.

The original Apple Watch SE arrives at the most affordable price point of a wearable sold by Apple that supports the just-released watchOS 9 update. It delivers many of the same fitness tracking features as the more flagship end of Apple’s lineup, with an integrated heart rate sensor sitting underneath the Retina OLED display. While there isn’t a blood/oxygen sensor, you’ll still find a swim-proof design, integration with Fitness+, and everything else that users have come to love about Apple Watch.

BundleHunt celebrates Apple event week with macOS sale including over 50 apps from $3.50

Apple just revealed the new iPhone 14 earlier this month, and now Amazon is taking the end of the work week as an opportunity to start clearing out previous-generation iPhone 13 series MagSafe cases. Marking the first drops across the entire lineup in months, today’s offers are some of the lowest prices we’ve seen since the start of the summer and carry over to everything from the more premium leather cases to silicone styles and clear offerings.

Everything starts from $30 and includes free shipping across the board. If you’re sticking with an iPhone 13 this year, now is your chance to change the look and feel of your device by locking in a discounted case with 20% or more in savings attached. Spanning multiple colorways too, you’ll want to scroll through this page to see the entire lot.

Amazon is now starting off the week by dropping prices on Apple’s latest 12.9-inch M1 iPad Pro by an extra $99 at checkout. The savings kick off with the 128GB Wi-Fi model, which now rests at an $900 all-time low. That’s down from the usual $1,099 price tag, beats our previous mention by $99, and is a rare chance to score this kind of $199 discount. The same savings apply to higher capacity models, as we’ll detail below.

Apple’s latest iPad Pro provides the most compelling experience yet from iPadOS with a long list of notable features headlined by a Liquid Retina XDR display with 1,600 nits of peak brightness and ProMotion 120Hz refresh rate. That’s of course alongside an M1 chip to power the experience which is backed by Thunderbolt connectivity, Wi-Fi 6, Apple Pencil support, and Face ID. So if Apple’s newer and less-capable iPadOS device won’t cut it, today’s price cuts make it a little more affordable to step up to the pro side of the lineup. Dive into our hands-on review.

Amazon is offering the Twelve South Curve MacBook Stand for $48. While you’d typically pay $60, today’s offer is the first price cut in nearly 2 months, amounts to 20% in savings, and comes within $4 of the summer’s best price.

Twelve South’s premium Curve stand elevates your new M2 MacBook or other device 6 inches off the desk with a unique design that’s comprised of a single piece of aluminum. With an open base, it’ll not only improve the ergonomics of your setup, but also air flow to keep your machine running cooler with a matching matte black design, as well.