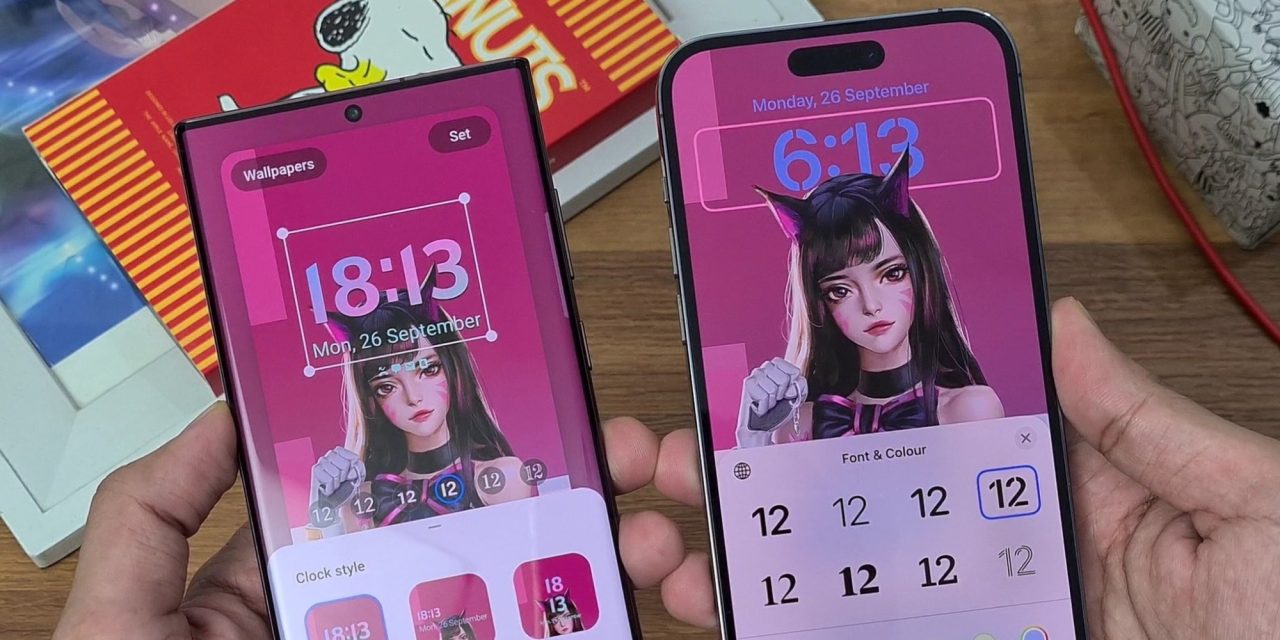 iOS 16 Lock Screen customization is the main feature that arrived with iOS 16. This feature, combined with the iPhone 14 Pro Dynamic Island, is surely giving a fresh look to iPhones and helping its customers to bring their own look to their most personal devices.

While some Android manufacturers are already trying to mock the Dynamic Island through software, Samsung decided to give users a similar look to its devices’ Lock Screen by taking a lot of iOS 16 inspiration.

As noted by video creator Vaibhav Jain, the process of customizing Samsung’s Lock Screen with the OneUI 5 beta 3 is very similar to the iOS 16 approach. As of now, Samsung offers five different clock styles, while Apple offers eight. In addition, in both operating systems, users can change the clock color.

When adding new wallpapers, both operating systems offer “Collections” of backgrounds, which are highlighted similarly. While Apple offers built-in and third-party widgets, as of now, Samsung only offers widget icons for notifications.

While it isn’t unusual for companies to take inspiration from one another, it’s always funny to see Samsung mocking Apple and then copying its style. Technically, this feature was already in Android 12 and prior versions of Samsung’s Android skin, but it was redesigned in the upcoming Android 13 release.

With the iPhone 14 series announcement, Samsung has been mocking Apple a lot. After the “Far Out” event, Samsung posted a few tweets “reacting” to “new devices announced on Wednesday.”

Two of the tweets were related to foldable phones, which Samsung has been offering for a while now. With messages like “What the flip, Apple?” and “What’s the hold on the Fold, Apple?” Samsung makes fun of having introduced its first foldable phone more than two years ago, while Apple still doesn’t have one.

Another joke made by Samsung is related to the camera. iPhone 14 Pro and iPhone 14 Pro Max feature a new 48MP wide lens, which marks the first-megapixel upgrade in iPhone since the iPhone 6s camera in 2015. However, Samsung says “48 megapixels? You’re almost there, Apple” as the company introduced a 108-megapixel sensor with the Galaxy S20 Ultra in 2020.

You can take a look at more screenshots of the OneUI 5 beta 3 compared to iOS 16 below.

Update: This story now includes a bit of context about the customizable Lock Screen already being available with Android 12 on Samsung devices, but now tweaked with the new OneUI beta update.