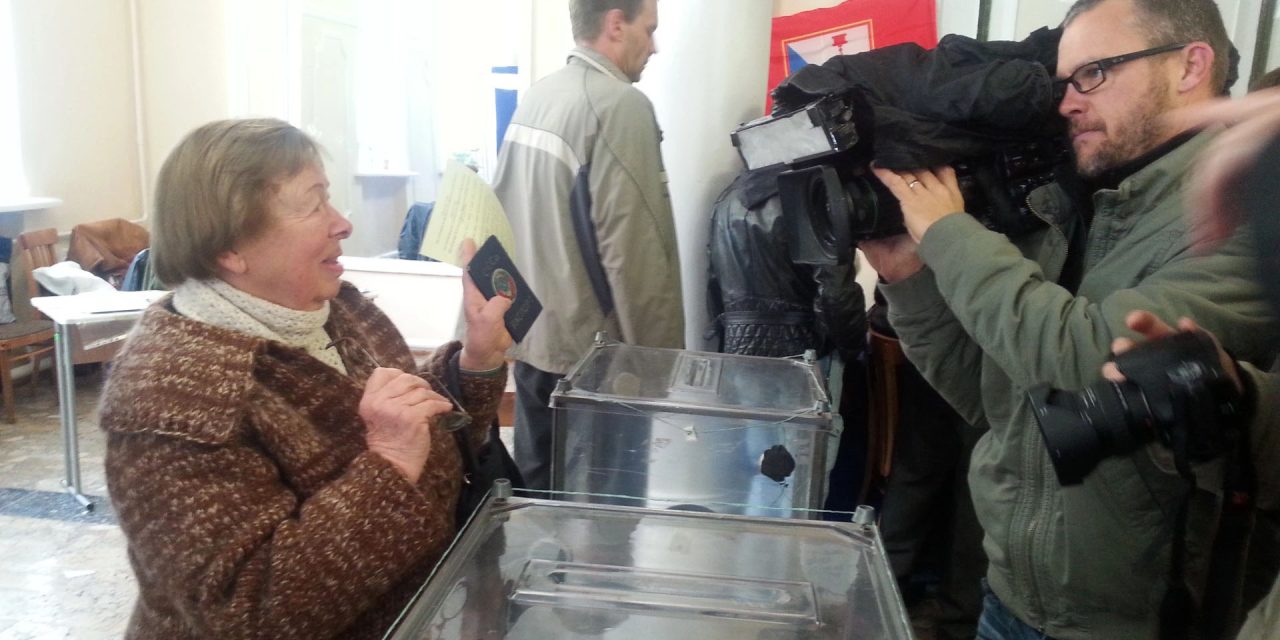 Update: Apple has now restored the apps, and explained the reason – see update at end.

The Russian government’s decision to hold sham referendums in Ukraine has seen Apple pull a number of major apps in response to new sanctions.

Popular Russian apps removed from the App Store worldwide include Mail.ru and Facebook competitor VK. The latter is one of the apps the Russian government previously required Apple to show to iPhone users in the country during the initial setup process …

The latest attempt by Russia to justify its invasion of Ukraine is a series of claimed referendums in four occupied regions of the country: Donetsk, Luhansk, Kherson, and Zaporizhzhia.

The sham referendums involved soldiers going door-to-door to collect votes, as well as transparent ballot boxes in which votes appear to be visible. Additional voting took place in Ukraine’s Crimea peninsula by supposed “refugees” from the four regions. Crimea was annexed by Russia back in 2014, and a sham referendum was also used there in an attempt to justify the occupation.

It is painfully obvious that the votes are meaningless, with nobody able to freely vote no, so it is no surprise that Putin claims almost total support for the regions to become part of Russia.

News agencies run by the pro-Kremlin administrations in Donetsk and Luhansk are reporting that up to 99.23% of people voted in favour of joining Russia – a high percentage that would be unusual in a vote of this nature.

There is speculation that Russian President Vladimir Putin may announce the four regions’ annexation in a speech to a joint session of Russia’s parliament on Friday.

Al Jazeera reported that Russia even hired actors for the fake vote in Crimea, and it’s likely to have used similar tactics here.

There are now concerns that the fake results could be used to justify even more aggressive action by invading forces.

If Russia annexes the four regions, which Moscow does not fully control, it could take the war to a new and more dangerous level, with Moscow portraying any attempt by Ukraine to regain them as an attack on its sovereign territory.

One fear expressed by Ukrainian president Volodymyr Zelensky is that citizens in the occupied regions could be forced into the Russian army to fight against their own country.

The British government has responded to the fake referendums by imposing further sanctions on Russia. These include 23 execs from Gazprombank, a Russian bank that has been financing the invasion.

Some of these same execs are closely associated with the internet giant VK, whose apps include the social network of the same name, as well as Mail.ru and VK Music.

The Verge reports that Apple has removed all of VK’s apps from the App Store, and closed the company’s developer accounts.

Apple has removed the iOS apps belonging to VK, the technology conglomerate behind Russia’s version of Facebook called VKontakte, from its App Store globally. In a translated statement on its website, VK said that its apps “are blocked by Apple” but that it will “continue to develop and support iOS applications.”

These apps are being distributed by developers majority-owned or majority-controlled by one or more parties sanctioned by the UK government. In order to comply with these sanctions, Apple terminated the developer accounts associated with these apps, and the apps cannot be downloaded from any App Store, regardless of location. Users who have already downloaded these apps may continue to use them.

The Guardian reports that Apple restored the apps, for unknown reasons. Campaign group Apple Censorship welcomed the move, but condemned the opaqueness of the decision-making.

Apple has restored Russian social network VKontatke and webmail provider Mail.Ru to the App Store, three weeks after removing them both for sanctions violations […] The ownership of VKontake and Mail.Ru has not changed in the past month, and the leadership of Gazprombank and Sberbank remain sanctioned by the British government. It is unclear why Apple restored the apps […]

Apple Censorship director said: “While we are glad to see those apps restored, as some activists and members of civil society organisations were still using them when they were removed, we condemn Apple for its continuous, erratic, and non-transparent way of managing content in the App Store.”

The apps from this developer were removed from the App Store, as required by law, after multiple requests were made to the developer to provide documentation to verify that they were not in violation of UK sanctions. Subsequent to the removal, the developer has provided the requisite information verifying that they are not majority owned or controlled by a sanctioned entity. Thus, the apps have been reinstated to the App Store.