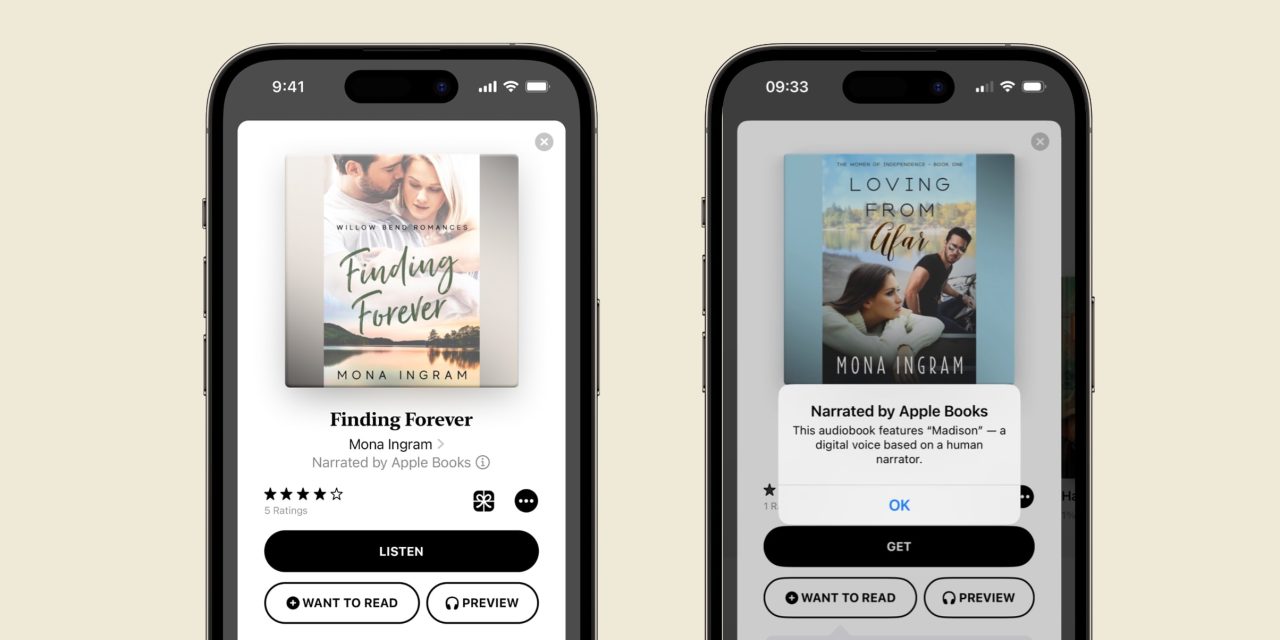 Apple Books has launched a new initiative to expand the number of audiobooks available on its store. It is inviting independent writers and larger publishers to opt-in to have their written books converted into audio form using AI voice synthesis models.

Apple announced the scheme towards the end of last year, and — as noted by The Guardian — the first AI-narrated books are now available to download in the Apple Books Store.

In the Apple Books app, AI audiobooks are tagged with a “Narrated by Apple Books” subtitle.

Interestingly, Apple is targeting specific genres for this initial rollout. Each genre of book is accompanied by a particular AI voice. Fiction and romance books are narrated by “Madison” and “Jackson’.” Non-fiction and self-development genre books will be narrated by “Helena” and “Mitchell.”

Other genres of book like science fiction or thrillers are not currently supported.

You can hear samples of what these AI voices sound like here. Although you can probably still tell that the audio is generated rather than recorded by a human, they are very convincing and even higher fidelity than the quality of the realtime machine learning synthesised voice used for Siri.

Generation of the audiobook is not an automatic one-button-press affair. In fact, Apple says it can take about a month for a submitted book to be made available in synthesized form. It seems like Apple and its partners are manually reviewing the generated AI tracks for quality assurance before publishing, at least in the early stages.

The transformation into an AI-narrated audiobook is done on a wholly opt-in basis. The author must own the rights to produce an audiobook version, and (for now) the source book must be written in the English language.

If an Apple Books AI narrated version is created, authors are allowed to produce a human-narrated version later, and can freely generate other audiobook versions with other distributors.

AI narration is particularly appealing proposition to small independent writers, who do not have the capital to pay for human talent and the associated recording process required for classical human book narration.