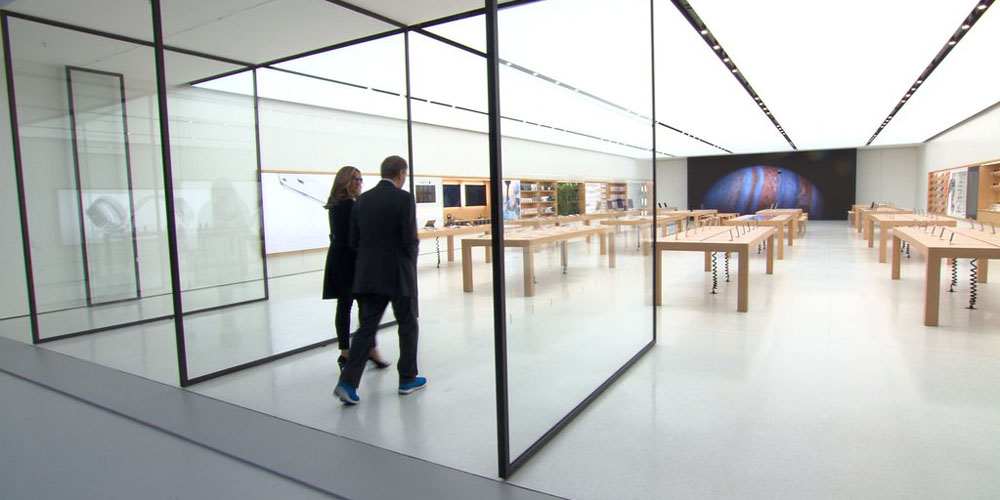 The giant screens that form part of the new Apple Store design created by Jony Ive reportedly cost $1.5M each.

We got out first look at the screens at the opening of the Brussels store in Belgium, as well as a tour of a mockup in December. We reported last September that Memphis would be one of the first U.S. stores to get the new design, and that store finally opened at the weekend at 2031 West Street in Germantown – but Albany Crossgates, NY, got there first earlier this year …

END_OF_DOCUMENT_TOKEN_TO_BE_REPLACED

‘Next generation’ Apple Store redesigns to start rolling out this fall, Memphis one of the first in the US A planning permission meeting for a new Apple Store in Memphis has seemingly revealed more information about Apple’s plans for its retail stores. According to the Apple representative, the Memphis project represents one of the first ‘next generation’ Apple Store designs that Apple is rolling out around the world, starting in the fall. The Memphis store will be part of the first rollout of the new look stores in the US.

So what does the ‘next generation’ Apple Store look like?

END_OF_DOCUMENT_TOKEN_TO_BE_REPLACED