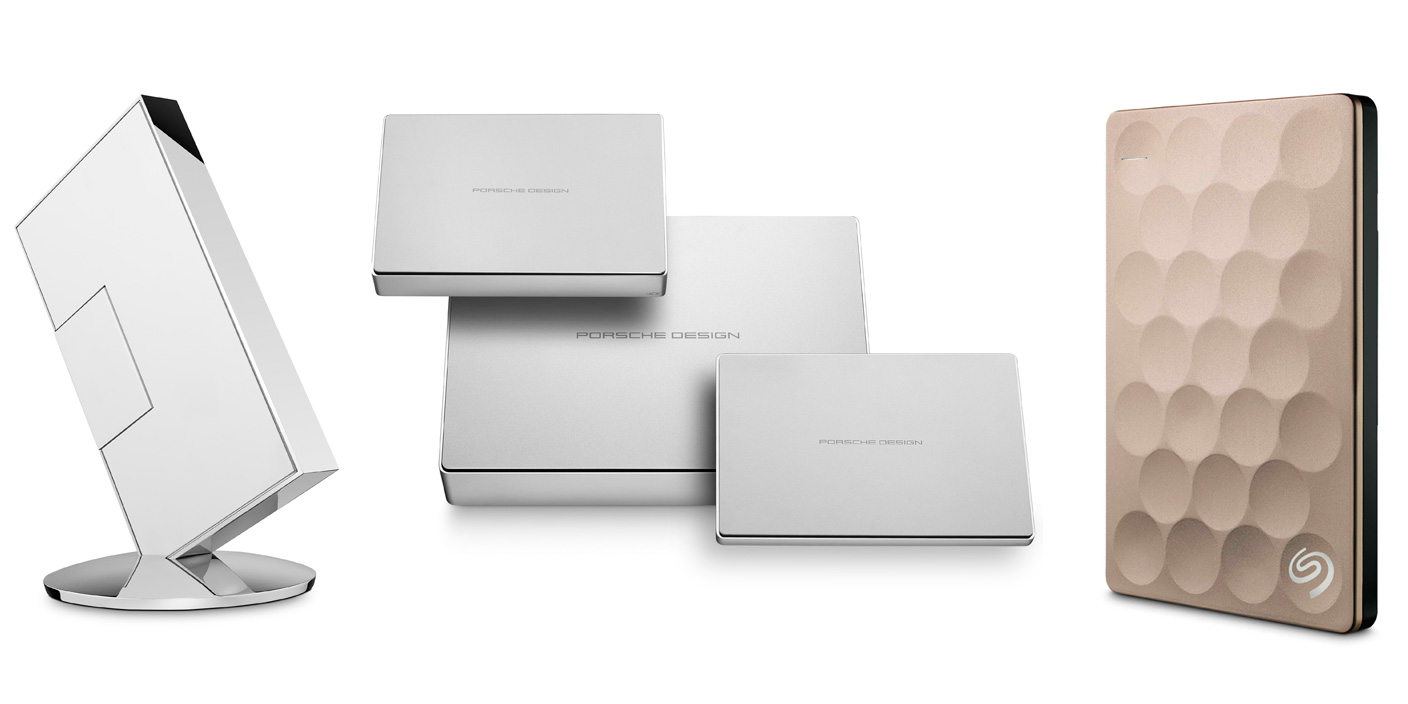 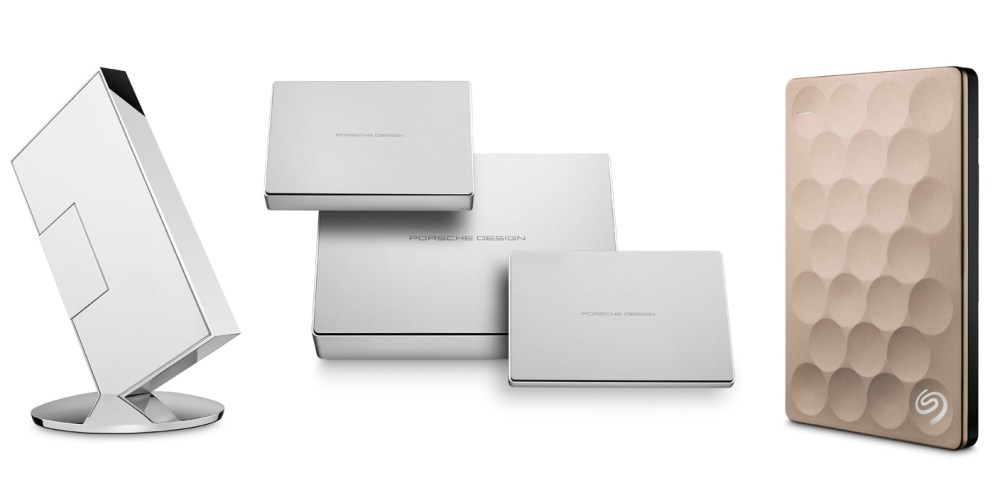 Following its annual tradition, Seagate has announced a new collection of stylish, premium-priced drives in time for the 2016 CES, most now featuring USB-C and USB 3.1 connectors. Three of the drives carry Seagate’s LaCie branding; one is a handsome but Seagate-branded model.

The apparent flagship in the series is the LaCie Chromé ($1,100, shown above left), a 1TB SSD featuring a 10GB USB 3.1 interface with “up to 940MB/second speeds for intensive applications.” Described as “a trophy for tech connoisseurs,” Chromé is a Neil Poulton design that holds a boxy chrome SSD enclosure on an angle atop a circular pedestal. Additional models are discussed below…

END_OF_DOCUMENT_TOKEN_TO_BE_REPLACED

How-To: Reclaim your Mac’s old hard drive or build a new one with an external USB enclosure 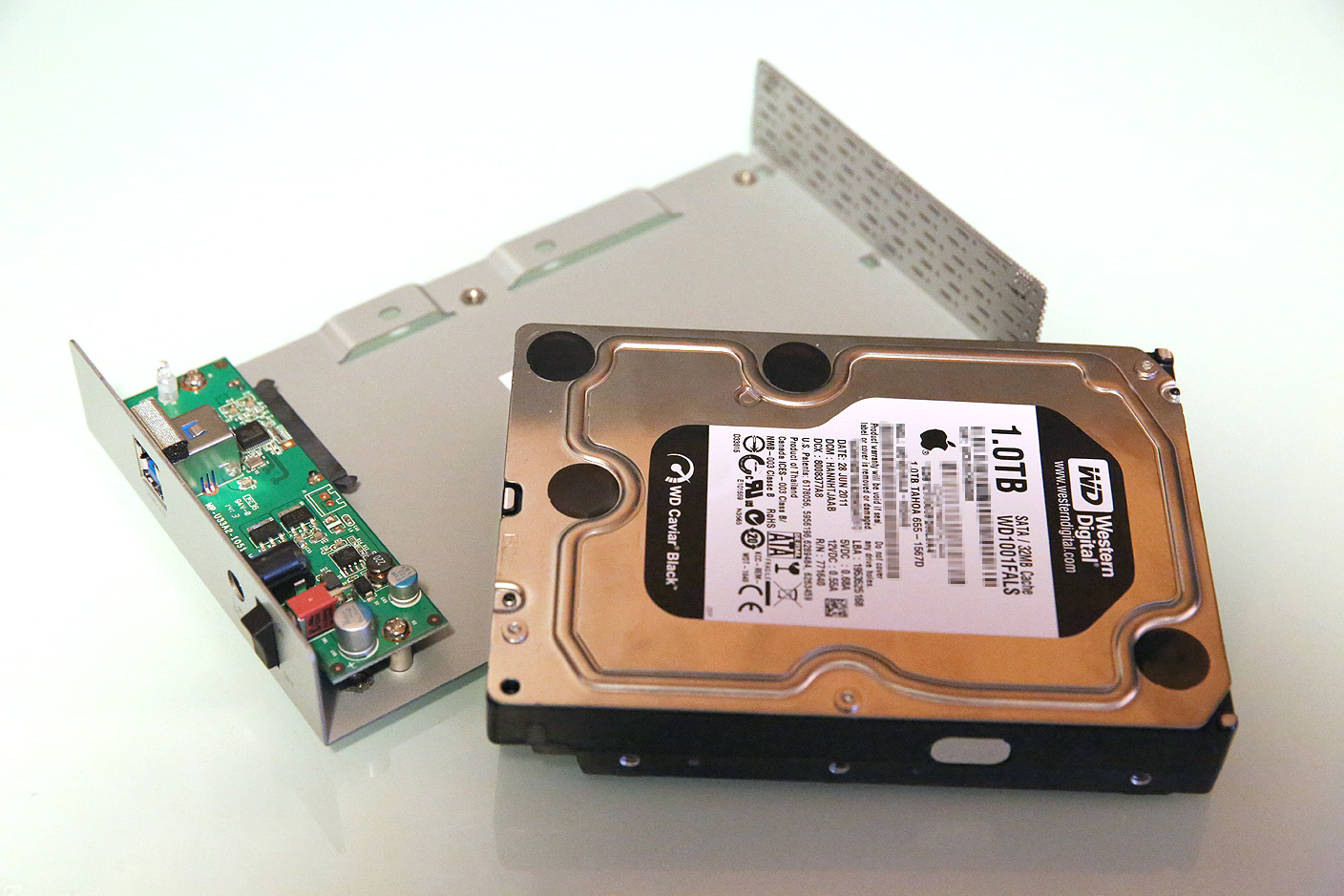 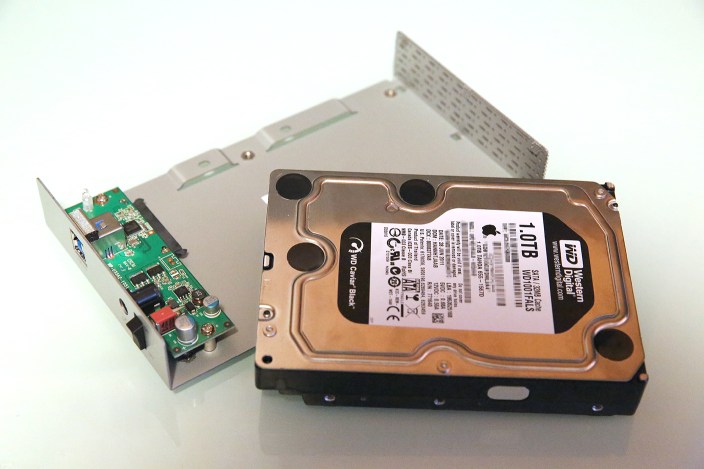 Earlier this year, I wrote several guides to boost the speeds of older Macs by swapping their internal hard drives for super-fast solid state drives (SSDs). As readers have confirmed, their older iMacs, MacBooks, and Mac Pros have seen dramatic improvements with new SSDs. But some people were left with a question: what should I do with my Mac’s old hard drive? Throw it away?

A great answer: put it in an external hard drive enclosure and keep using it! My latest How-To shows you how easy it is to reclaim your Mac’s old drive by installing it in a nice USB enclosure such as Akitio’s SK-3501U3 (shown here), which I chose because of its Mac-matching design, reasonable sub-$40 price, and compatibility. External enclosures are also ideal options if you want to choose a high-quality hard drive mechanism for yourself, rather than taking a risk on whatever might be hidden inside a fully-assembled external drive. I’ll explain that, and much more, below…

END_OF_DOCUMENT_TOKEN_TO_BE_REPLACED 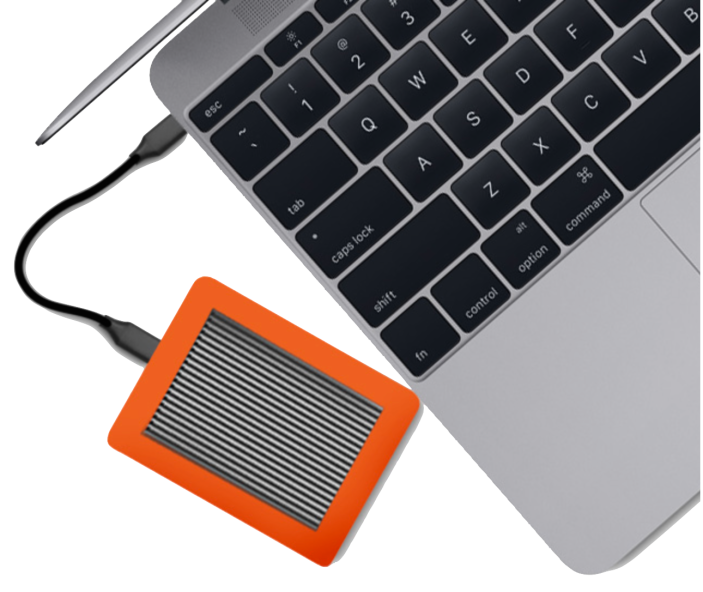 USB-C is the sole port on Apple’s new 12-inch MacBook, and CalDigit today announced a version of its durable external drive that takes advantage of the new reversible USB 3.1 port. CalDigit Tuff features a USB-C port and cable for connecting the portable drive to the Apple’s ultra-thin notebook, and an included adapter cable ensures compatibility with the USB port that you’re used to seeing on your hardware as well. Since the new MacBook’s thin and light profile intends for it to venture out of your office and into the wild, CalDigit Tuff is ruggedized to endure drops, splashes, dust and other extreme environments.

CalDigit Tuff starts at $139.99 for 1TB HDD with availability starting in July (new MacBook orders currently deliver in 4-6 weeks). A solid state drive version with up to 1TB of storage will also be available while a higher capacity 2TB HDD option will be offered. END_OF_DOCUMENT_TOKEN_TO_BE_REPLACED

The much-anticipated Belkin Thunderbolt Dock appears to be delayed once again unfortunately, missing its planned Q1 launch, despite taking pre-orders for the device in February after missing its original September launch date. While we’ve been recommending the popular Matrox Thunderbolt Docking station in the meantime, today Sonnet announced a new competitor in the space with the Echo 15 Thunderbolt Dock.

The 15-port dock includes many of the ins and outs you’d expect: Two thunderbolt ports, four USB 3.0 ports, 3.5mm audio in and out (front and back), FireWire 800, Gigabit Ethernet, and two eSATA ports. However, there are two features this 15-port Thunderbolt docking station has that most others do not: extra space to install a 2.5-inch or 3.5-inch SATA HDD or SSD and your choice of a built-in DVD or Blu-Ray drive:

the Echo 15 Thunderbolt dock has you covered—it includes your choice of DVD±RW drive, or Blu-ray Disc™ player (BD-ROM/8x DVD±RW). If you are a Mac user, you’ll also find that the included Blu-ray player software for OS X® is very handy, enabling you to watch Blu-ray movies on your computer or attached monitor.

The fast 6 Gb/s SATA interface supports an HDD at its maximum speeds, and an SSD at up to 380 MB/s… Best of all, the drive sits inside the Echo dock, so you don’t have to clutter your desk space with an external hard drive and its power brick and cable clutter to add more storage. Don’t feel like adding a drive yourself? Sonnet also offers the Echo 15 Thunderbolt Dock equipped with a 2TB HDD, available exclusively through the Sonnet online store.

The Sonnet Echo 15 Thunderbolt Dock is available to pre-order now in the U.S., Canada, and Mexico starting at $399 for a DVD drive and no built-in drive. The next model up comes with a built-in 2TB HDD for $499, while a Blu-ray drive and 2TB HDD brings it up to $549. Other options are also available through Sonnet’s website, and most models are expected to ship in Summer 2013.