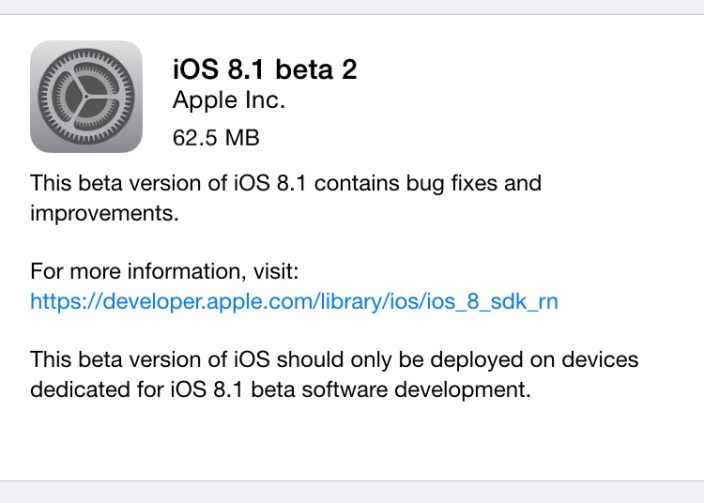 Apple today released iOS 8.1 beta 2 to developers via an OTA update as well as through its developer center. The second beta version of iOS 8.1 follows just over a week after the release of iOS 8.1 beta 1 to developers which brought minimal changes. We’ll update with any noticeable changes from the previous beta, and email tips@9to5Mac.com if you spot anything. What’s new: END_OF_DOCUMENT_TOKEN_TO_BE_REPLACED