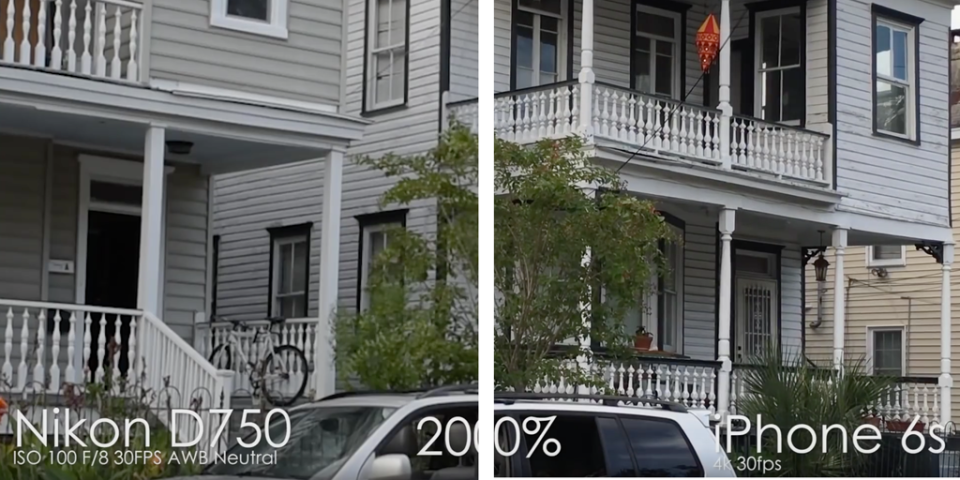 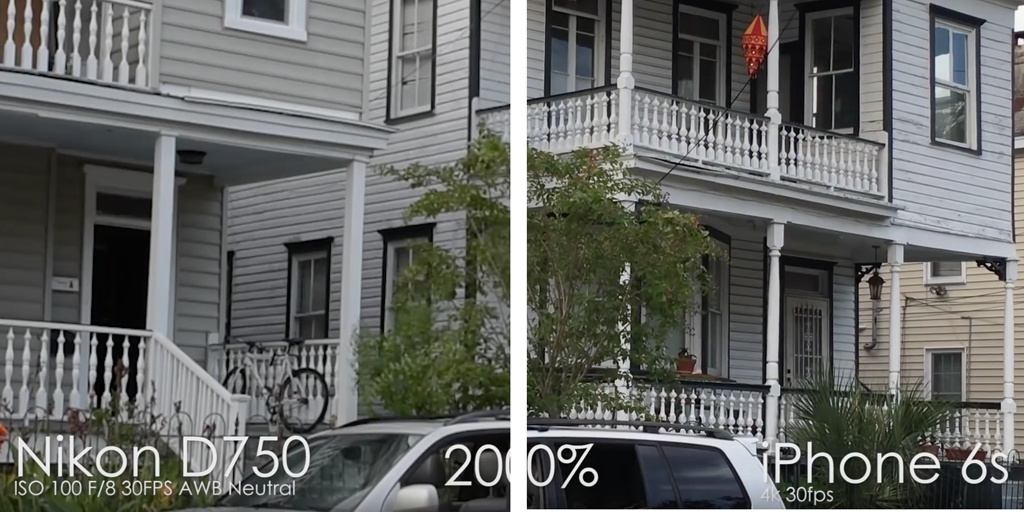 Fresh from showing how an iPhone 6s and a few cheap accessories can enable you to do a great photoshoot, Fstoppers’ Lee Morris  has now put the iPhone 6s video capabilities up against a semi-pro Nikon D750 DSLR. The results are actually quite shocking, the iPhone 6s delivering much sharper results, as seen in the 200% zoom above and video below.

There are a few riders, of course …  END_OF_DOCUMENT_TOKEN_TO_BE_REPLACED

iLounge reported in May that Apple is allegedly working on a “standalone digital camera, specifically a point-and-shoot model.” The website further said the device would deliver an image quality far beyond what the iPhone and iPad could deliver and attributed its information to sources, camera-related job openings at Apple, a re-trademarked iSight filing, and Walter Isaacson’s biography on Apple’s late cofounder. According to Isaacson, Steve Jobs named photography as one of three industries that he wanted to transform.

With that said, a camera would be a decidedly high-end market that Apple is seen exiting post haste (see Mac Pro, etc.). A REAL CAMERA with iOS camera apps would seem cool, but Apple does not take this type of high-volume market seriously. Most people are perfectly content with the amazing iPhone camera…and the new iPhone’s camera can only get better.

Nevertheless, perhaps Apple needs another hobby. Alternatively, maybe Apple can stave off the upcoming Android camera invasion by partnering with Canon or other makers to provide a hardware development kit that would tie into an iPod touch or iPhone for the user-interface. Imagine automatically uploading pictures from anywhere and using the power of apps to edit and manipulate while on the go. That dream may arrive first in Android format:

NikonRumors just posted leaked press shots of the Android-based Coolpix “s800c” camera, and it begs the question: Would Apple ever build an iOS-powered, point-and-shoot camera?

The leaked s800c pictures reveal a touchscreen menu on the backside, apparently running a Gingerbread flavor, with apps for a camera, email, browser, music, etc. Additional specs labeled on the front of the camera detail a “12X Wide Optical Zoom ED VR” in HD and a 4.5-54.0mm stock lens. NikonRumors, which has a decent track record in scooping Nikon, first discovered the s800c in a filling with the Indonesian Communication Agency. It originally noted the camera would tout a 3.5-inch OLED screen, Android 2.3 with Google Play apps, and built-in GPS and Wi-Fi.