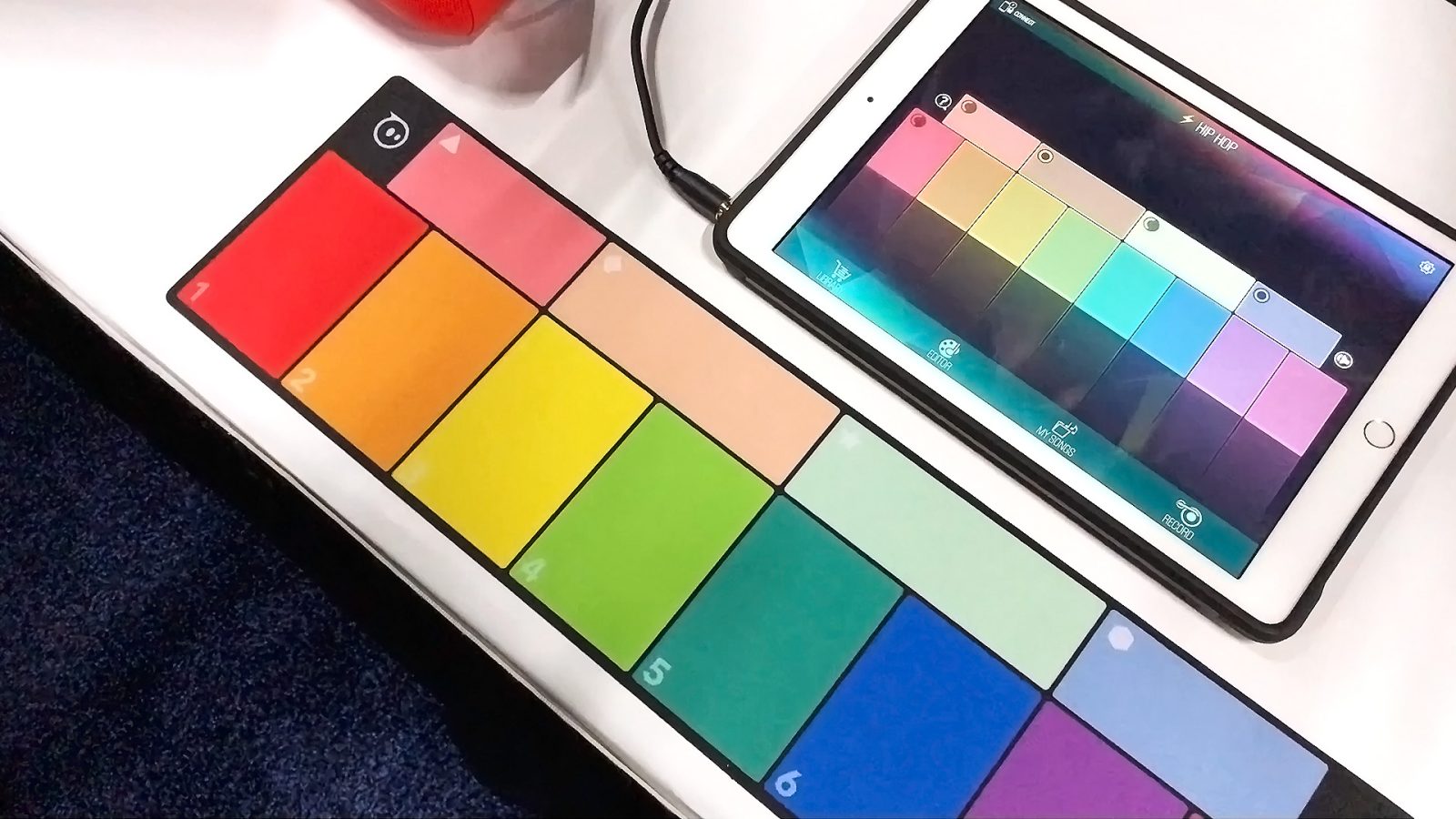 If you’ve visited an Apple retail store over the last few years, you’re probably already familiar with Sphero‘s line of educational products and toys. The Sphero robot is a core part of Apple’s coding education in the form of a Today at Apple session where participants must guide the rolling robots through a maze on the floor. For CES 2019, Sphero is refining its Specdrums app-enabled musical rings.

END_OF_DOCUMENT_TOKEN_TO_BE_REPLACED 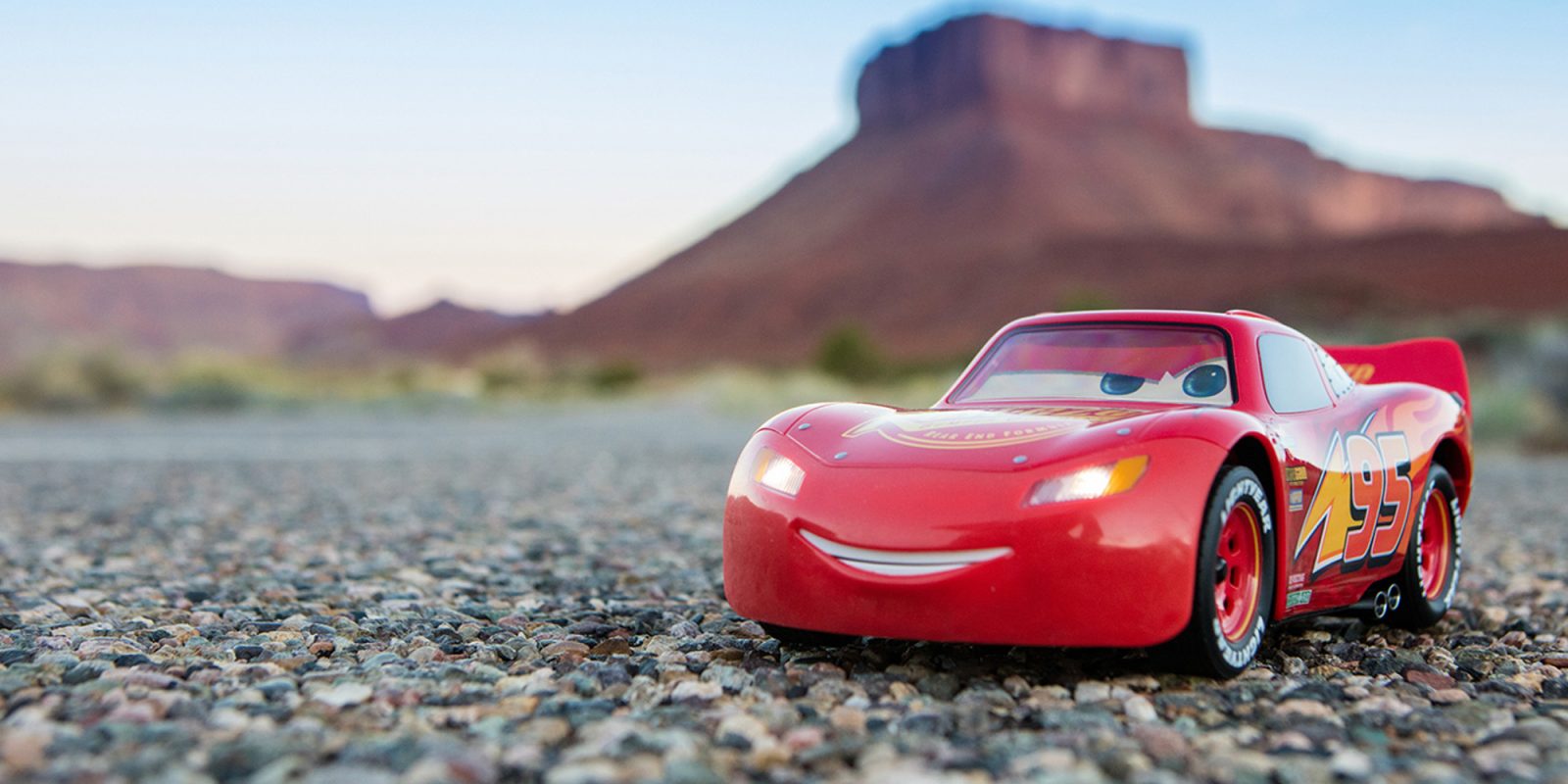 Since the company’s launch, Sphero has grown to become a household name with its line of RC toys. From the standard model to interactive BB-8, Sphero has managed to capture a real sense of wonder and delight with its creations. With Cars 3 right around the corner, it only makes sense for the Disney-backed company to add yet another lovable character to its lineup. Today, Sphero has launched the Ultimate Lightning McQueen, which lets you drive, play games, and train for the next big race with the iOS-enabled racing star.

END_OF_DOCUMENT_TOKEN_TO_BE_REPLACED

Best known for its app-controlled robotic toys, iOS developer Sphero was responsible for creating the real version of the ball-shaped droid BB-8 featured in Disney’s upcoming Star Wars: The Force Awakens, according to Time. Having released the original iOS-controlled Sphero and much-improved Sphero 2.0 balls in 2012 and 2013, the company was accepted into a Disney accelerator program in 2014, receiving personal mentoring from Disney CEO Bob Iger — a close friend of late Apple CEO Steve Jobs. “When the tech-savvy CEO saw Sphero’s technology in action,” Time reports, “he realized the potential application for BB-8 and connected the startup with the masterminds of the Star Wars characters.”

Along with the disclosure of Sphero’s involvement in the robot’s creation, Time noted that an BB-8 toy was planned for release. Although Gizmodo suggested that an official BB-8 toy by Sphero had appeared on retailer Fat Brain Toys’ site, the image has since been pulled, and Sphero subsequently said that it is not a “legitimate” image. Separately, designer Christian Poulsen has demonstrated how to make a homemade BB-8 droid by cutting open a Sphero ball, inserting a neodymium magnet inside, and placing another magnet inside a handmade foam head, painting the head and ball to match BB-8. Poulsen described making the toy as a quick one-day project, and has a collection of videos showing the modified Sphero moving around much as BB-8 does in the upcoming movie. Sphero 2.0 currently sells for $130. The official Sphero-designed toy will likely be released closer to the film, which is due out on December 18, 2015.

Updated April 22, 2015: In addition to noting that the BB-8 image run by Fat Brain Toys is not its actual product, Sphero has confirmed its involvement in BB-8, providing clarification and an official link to follow progress on the toy.

“What an incredible honor it is to work with the team at Disney on one of the most interesting new characters in the Star Wars franchise,” said Paul Berberian, CEO. “Opportunities this significant are rare. If anyone can execute and deliver on an exceptional BB-8 experience, it’s our Sphero team in Boulder.”“This is the beginning of a whole new category of consumer products. You can own a piece of the movie, have it in your home, and relive an experience that is authentic to the entertainment on the screen.” said Rob Maigret, Chief Creative Officer. “Our hardware and software technology advancements make it possible to build the toys of the future now. We are deepening the user connection in ways that, until today, have only been portrayed in science fiction.”
Best Apple deals from 9to5Toys

Samsung received the most attention this year at the IFA consumer technology show with its new Galaxy Gear smartwatch and Galaxy Note devices, but Apple products still dominated much of the show floor when it came to new accessories for tablets and smartphones. Below we’ve put together a huge collection of the new and upcoming accessories for Apple devices that we came across this year in Berlin.  END_OF_DOCUMENT_TOKEN_TO_BE_REPLACED