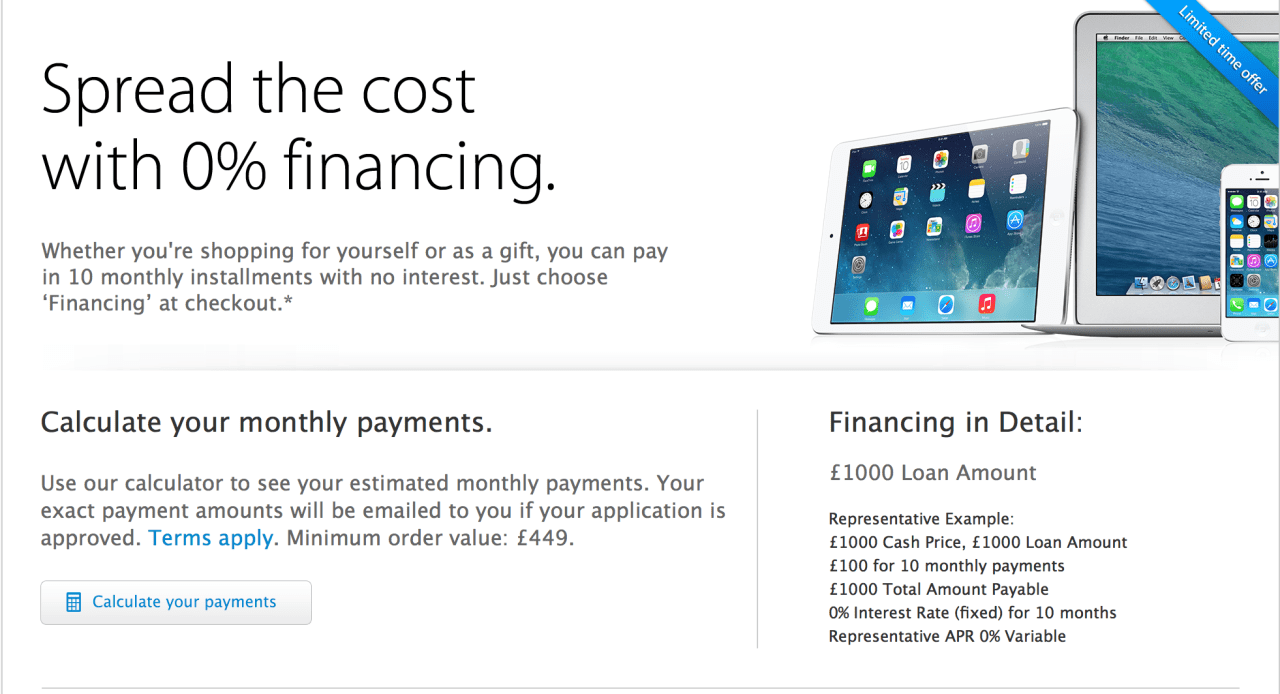 Apple is clearly trying to maximise Christmas trade with this promotion, allowing customers to substitute the significant upfront costs of buying an Apple product with smaller (presumably more manageable) payments across several months.

Apple advertises the deal as a ‘limited time offer’. The terms and conditions of the financing arrangement are more specific, saying that the 0% finance promotion ends on the 10th January at midnight. The terms say that the deal applies to hardware only (software can be included, but only in conjunction with a hardware purchase). Because Apple is partnering with financing agencies to offer this deal, thus customers must also qualify with their rules and regulations before being eligible. As Apple is using different agencies in different regions, it should be noted that the associated terms and conditions vary per region as well.

Apple’s normal financing options (such as 24 month plans) are still available, but are charged at normal rates. Only 10 or 12 month plans are applicable for 0% interest.