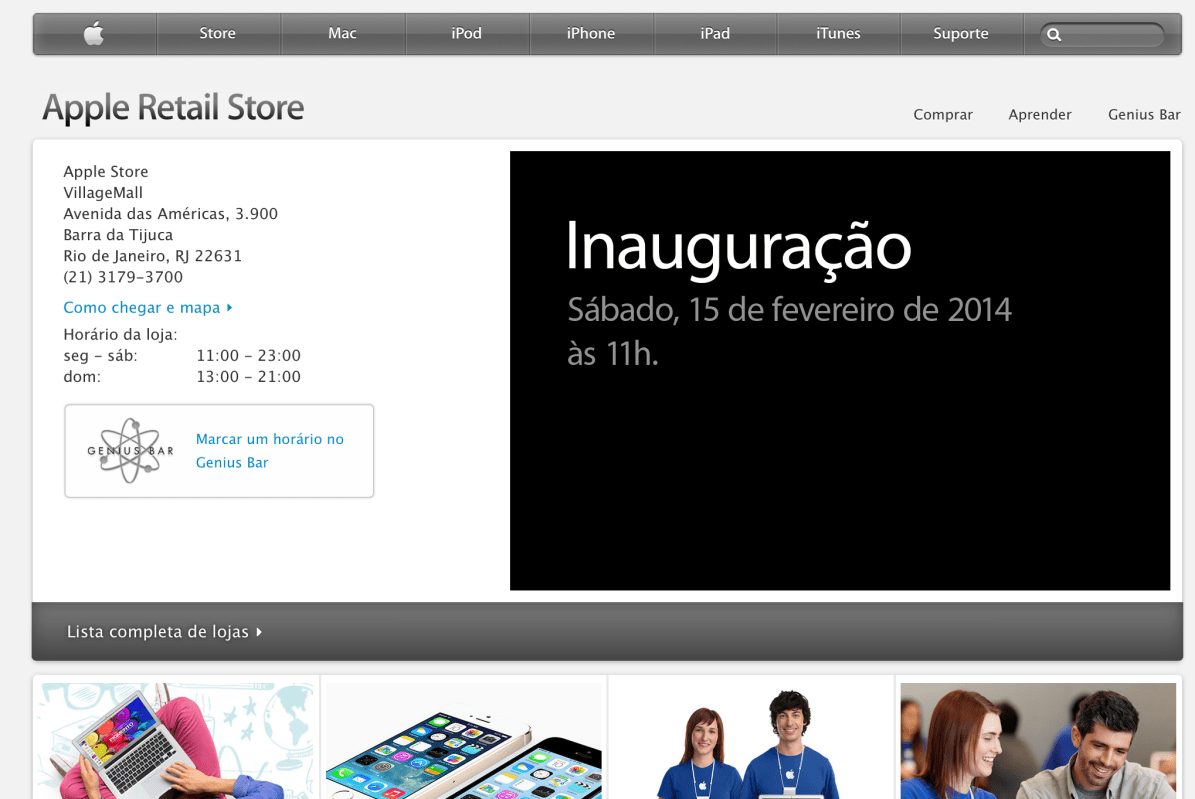 After teasing the store last month, Apple has confirmed on its website (as noted by MacMagazine) that the store will launch on the 15th of February, in just over a week. The store will launch at 11am local time (ATZ) in the luxurious Rio de Janeiro VillageMall, marking Apple’s debut entrance into the country.

9to5Mac originally reported Apple was planning on launching a store in Rio de Janeiro in early 2014 back in October. Apple originally announced their intentions for the store in November 2012. At the time, Apple said in a company email:

”We look forward to the opening of the first Apple Store in Brazil, where we have long standing customers and hope to win many more each day. [We] can not wait to offer the unique Apple retail people of Rio de Janeiro and customers from across the region,”

As noted by ifoAppleStore, geographically this store represents Apple’s first push into the southern hemisphere of the world, aside from Australia.