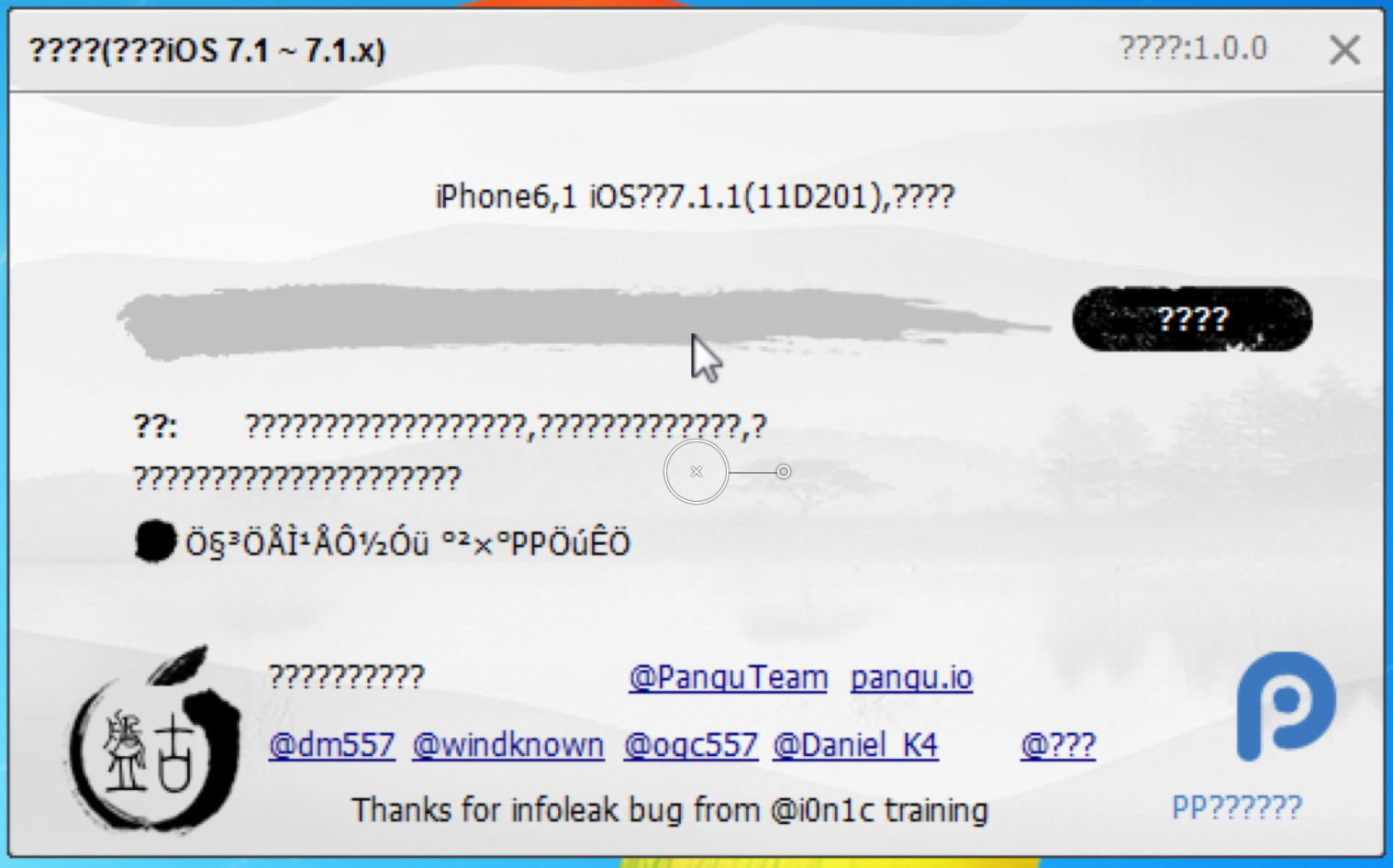 Pangu is a new untethered jailbreak tool for iOS 7.1 and 7.1.1 that was recently released for Windows. There’s no current ETA on an OS X version (OS X is now version available), but after some initial testing, we’ve determined this to be a legitimate tool for jailbreaking iOS 7.1 and up. The process does seem a bit shady, but we have yet to experience any issues with it. Pangu iOS 7.1-7.1.X jailbreak is compatible with all iOS 7 devices.

Keep in mind, this tool is from an unknown team and we’re unsure of the long-term reliability of the jailbreak and exploits used. Proceed at your own risk, but like I mentioned above, everything seems to be working as advertised…

First, you’ll need to head over to Pangu.io and download the jailbreak tool. At the moment, it’s only available for Windows, but there is a “Mac OS” button so it’s possible this version will be released in the near future. Follow the developer team on Twitter for updates. Before jailbreaking, it’s usually best to install a clean version of iOS. Either way, just make sure that you backup your device before continuing with this process.

Check out the video tutorial below for a closer look at the process:

Once you’ve downloaded the Pangu tool, you’ll need to adjust a couple of settings on your iOS device to make sure the process isn’t interrupted. Launch the Settings app on your device and tap on “General,” then head to “Date & Time” and turn off “Set Automatically.” Next, change the date to June 2, 2014. The date is a very important step and failing to properly reset it will prevent the jailbreak from moving forward. Once you’ve completed the steps above, launch the Pangu tool and allow it to detect your device (as seen in the image above). Remember, you should be running iOS 7.1 or 7.1.1 in order for this tool to jailbreak your device. Next, make sure that you’ve unchecked the box below the progress bar. This will ensure that no additional (third-party) software is installed during the jailbreak process aside from Cydia. Finally, click on the questionable “????” button on the right side of the tool’s window. About halfway through the process, you’ll notice that a new Pangu app has been installed on your device. Open the Pangu app and continue to allow the tool to work. The process should take about 5-10 minutes depending on your computer, but don’t touch your device until it has completed. The iOS device will reboot a couple of times near the end. For a visual reference, check out our video tutorial above.

Once the jailbreak has completed and your device has finished rebooting, you’ll have the ability to launch Cydia to prepare the file system and begin installing tweaks. As mentioned above, proceed with caution as we’re unsure of the long-term reliability of this jailbreak. Let us know if you run into any issues.