Apple begins shipping iPhone 6 Plus units out of China 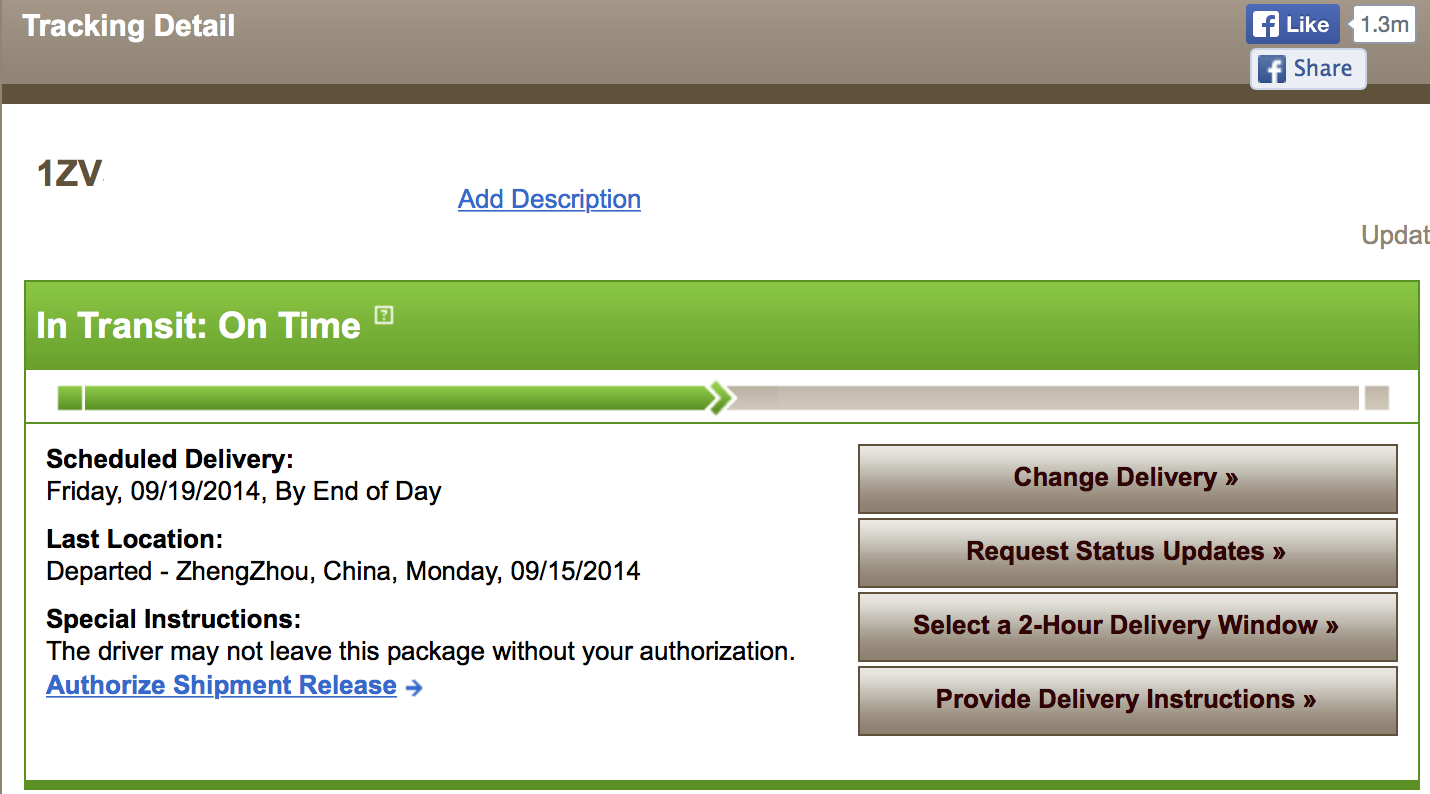 We can confirm via several different people who ordered the device—including some of the 9to5Mac staff—that Apple has begun shipping iPhone 6 Plus units to customers. As expected, looking up these shipments with their UPS tracking numbers (or, in this case, reference number) reveals expected delivery dates of September 19th, the very same day that the phone is expected to start appearing in stores across the US.

This comes following the surfacing of actual working units of Apple’s new flagship in China and Vietnam earlier today, just days short of the device’s official US release date (via Dan Tri). Supposedly, a reporter for the Associated Press spotted the devices and managed to confirm that they are indeed working by giving Messages and Siri a try. The photos are very similar to those we’ve seen of physical mock ups prior to the device actually being announced and it appears that Apple still isn’t having much success in keeping the iPhone 6 and 6 Plus under wraps.

Additionally, the pilot of a Boeing 747 has taken some photos (via MacRumors) of what he claims are as many as 200,000 iPhone 6 and 6 Plus devices making their way across the Pacific.

Yep, that’s what I do. I fly stuff. Privileged to be a small part of the Apple supply chain. Just landed a 747 full of iPhone 6’s in Anchorage. Another crew will take the airplane on to Chicago. It’ll be on the ground at O’hare about 9am Sept. 15. I gave it a little extra gas coming over the Pacific, just to get them here a little quicker. You’re welcome.

Finally, a couple of people have reported that accessories for the iPhone 6 and 6 Plus have also begun shipping: