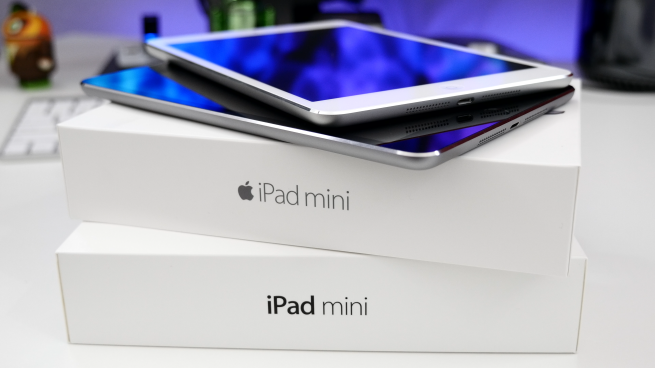 Along with Apple’s iPad Air 2, the iPad mini 3 also hit store shelves during a silent weekday release. If you don’t currently own an iPad mini, it’s probably a better time than ever to pick one up, but I wouldn’t really recommend getting Apple’s latest and greatest. Let me tell you why…

Apple’s iPad mini 3 is nearly identical to its predecessor. In fact, the only difference between the iPad mini 2 and 3 is the addition of Touch ID and a gold color option. Aside from that, you won’t find any new and exciting hardware. Is this a disappointment? If the iPad lover within you needs to have a gold mini with Touch ID, that’s totally fine, but in my opinion you’re better off purchasing the iPad mini 2 as it’s available for $100 less.

Check out our iPad mini 3 unboxing and first impressions video below:

Keep in mind, the base iPad mini models only come in 16GB configurations. If you’re planning on loading it up with apps and other media, you might want to opt for a 64GB mini 3 at $499 or get a 32GB iPad mini 2 for $349. Apple’s iPad mini 2 is now the only place you’ll find a 32GB configuration for the mini lineup and it might be the best deal if you don’t care about Touch ID.