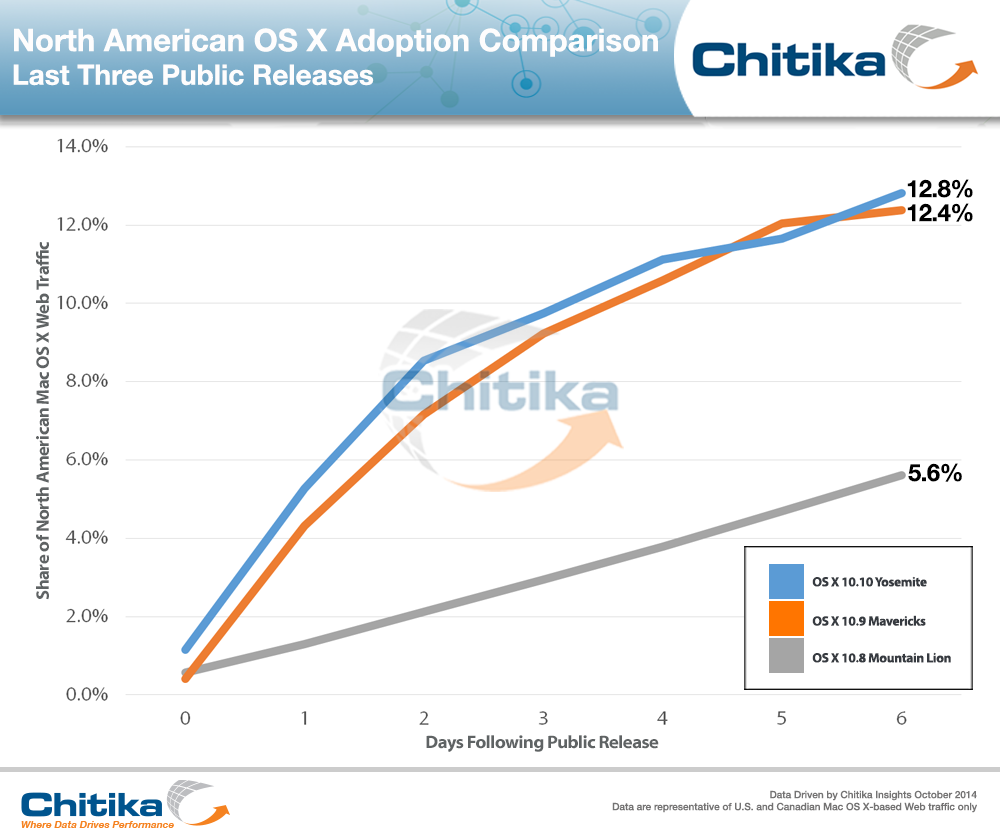 It’s not clear if the tiny boost in adoption rates was due to the public beta of the operating system released earlier this year, or simply from more people downloading it to see the new design and iOS continuity features. If you haven’t upgraded to OS X Yosemite yet, you can upgrade any compatible Mac for free from the Mac App Store.