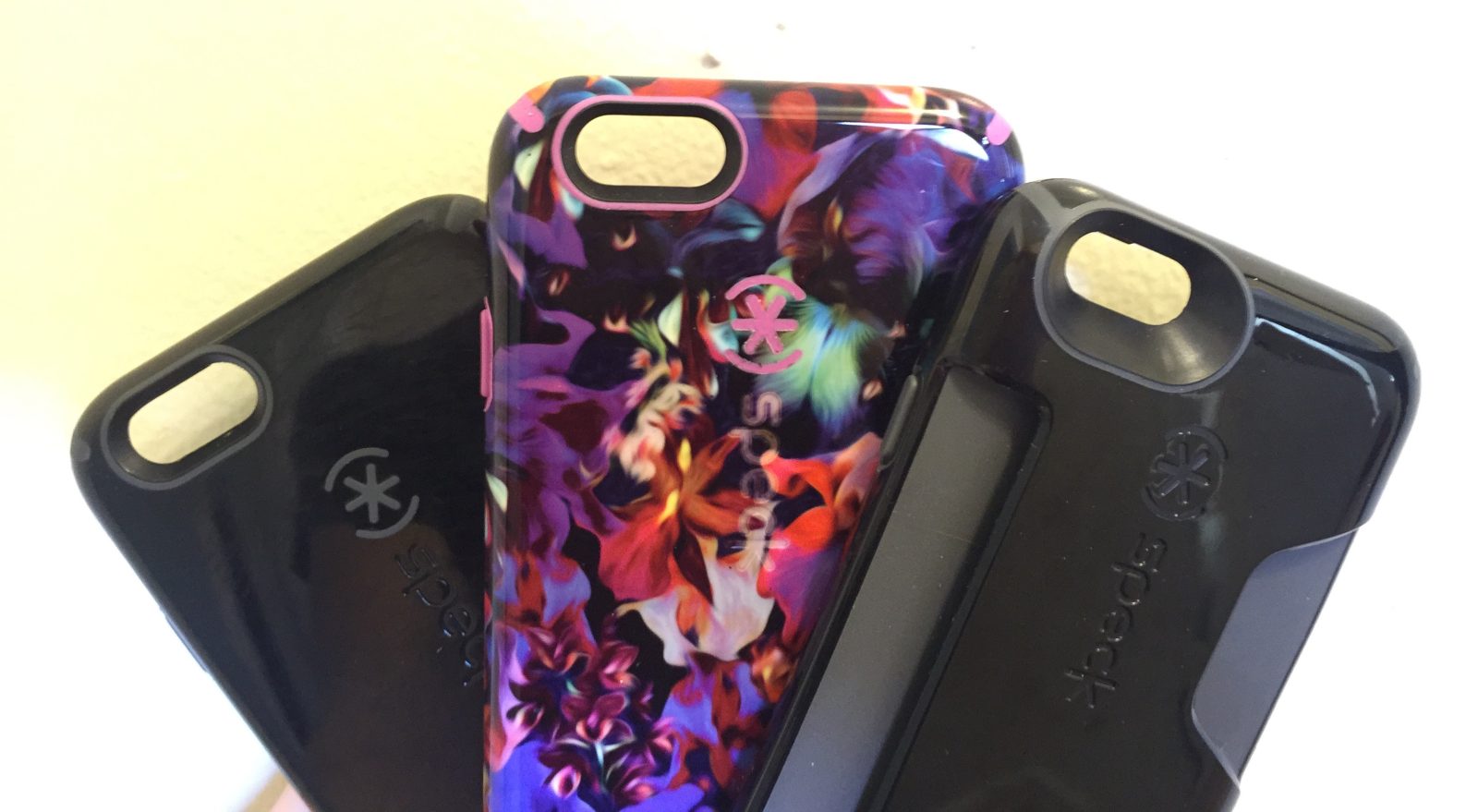 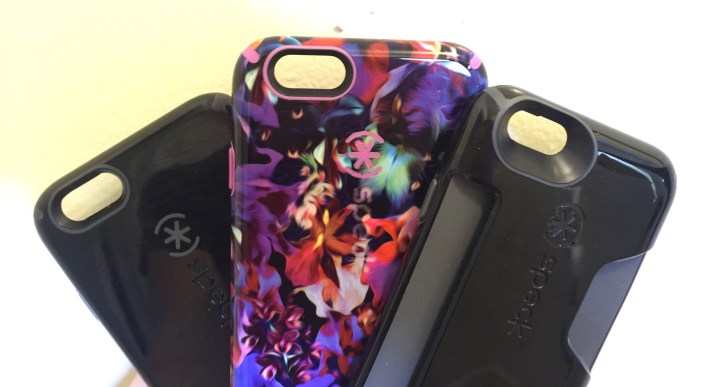 With every new model of the iPhone, Speck has hit the market with a new version of the famed CandyShell case. These three models of the CandyShell—including the CandyShell, CandyShell Inked, and CandyShell Card—follow that tradition, and they do a great job of providing some standard protection for your new iOS device.

The first of the three cases—and the one that I’ve been using the most since I got my hands on it—is the standard CandyShell. Despite the fact that the CandyShell has been around for about half of a decade, this was actually my first experience using one on my iPhone. I kept the case on my iPhone for several weeks and abused it a bit, span it around on tables, and let it take the daily bumps and bruises that would normally land on the phone itself.

Overall, I’m decently impressed with the case. Unlike some cases that come in multiple clunky parts (but offer greater protection in return), the CandyShell is just a single piece that lets you easily pop your phone in and out. It does, however, hold the phone very firmly and isn’t just a lose cover like some cheaper comparable cases. 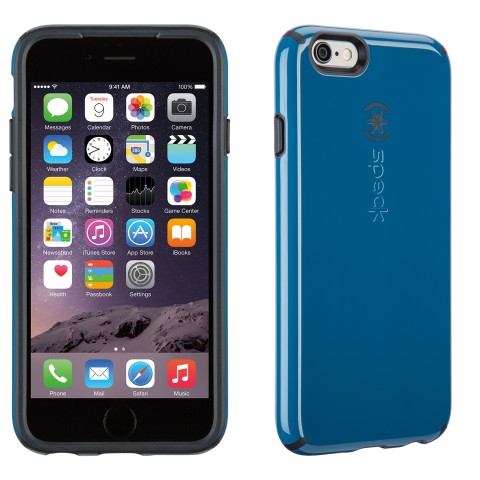 The case has a glossy back, and comes in eight different varieties (two of which are exclusive to certain retailers). With my few weeks of intentionally being a little less careful with my phone and letting the case get bumped up, I can all but confirm that it lives up to its claims of providing “military grade” drop protection. (Actually, I hate to admit that I did drop my phone from about 6 feet while testing this case and it did perfectly fine.)

The second case you can see above is exactly like the regular CandyShell, but comes in a variety of different patterns. Not-so-conveniently, the demo unit that I received for this review was a very bright floral pattern, so I didn’t actually spend much time with this case on my phone. I can say, however, that based on my initial impression, there’s no structural difference between the regular CandyShell and the CandyShell Inked. 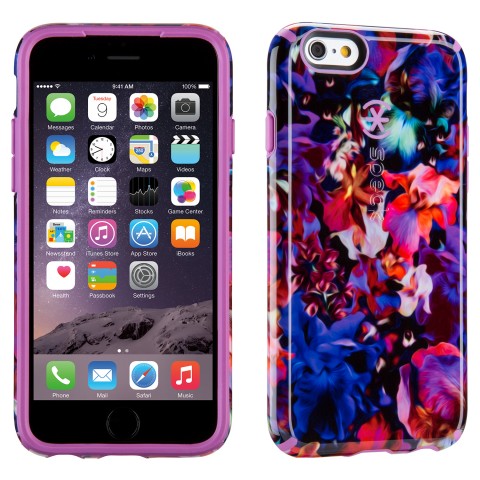 There are seven designs for the CandyShell Inked on the Speck website, three of which are exclusives. The designs are very high resolution (or at least high enough resolution that I can’t complain), and the back of the Inked models are glossy much like the normal CandyShell. Each of the different designs comes with a different solid internal color to match.

CandyShell is also offering up the “Card” variation of the case, which is also a slight variation on the standard CandyShell. The Card version is a bit thicker in comparison, and has a slot on the back for credit cards, ID cards, and the like. Other than that, though, this case is just like the standard one. In my testing, I found that it could hold about five credit cards (and not much else). 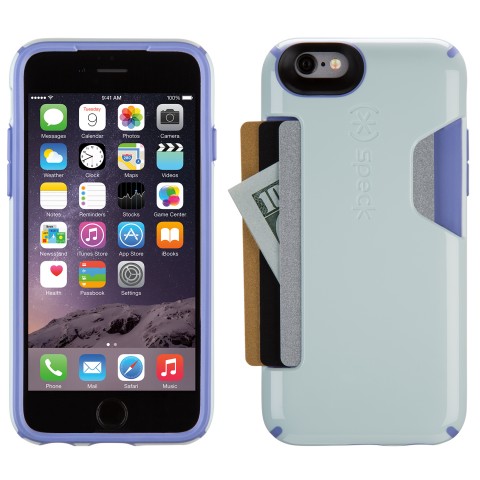 For me, the Card version of the case doesn’t really make any sense. I have to carry around more than 5 cards in my wallet, and I typically keep cash on me as well, so this case couldn’t work as a wallet replacement in my exact situation. If you do need to carry less than 5 cards (and don’t bother with paper money), though, this case is probably a decent option for eliminating the wallet. And with Apple Pay bringing the number of cards you need down even lower, this kind of case might be viable for more and more people every day.

Like the above two offerings, the Card comes in a variety of colors to suit your pleasing. You can get the CandyShell Card for $39.95. 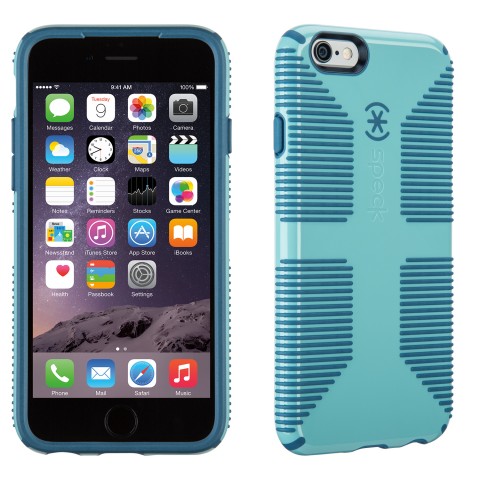 There’s one more CandyShell case that Speck offers that I didn’t get a chance to test out, but I wanted to make sure that it got mentioned here. The CandyShell Grip is also available, which takes the traditional glossy CandyShell design and puts some rubber grips on the back.