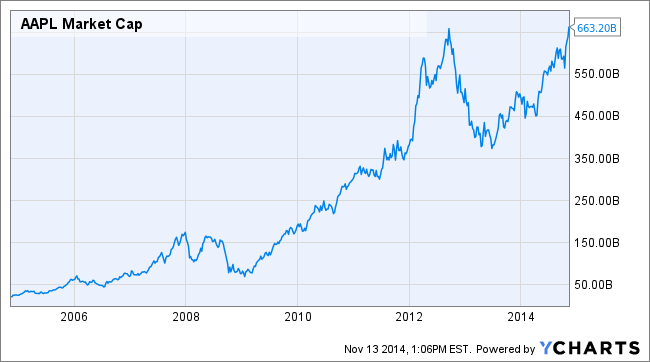 As we reported last month, Apple’s stock price has continued to climb repeatedly reaching all-time highs since its 7-1 stock split earlier this year. The company’s stock has been on the rise today as well putting Apple’s market capitalization on track to close at its highest point ever. Previously, Apple’s highest market cap at close was $658.15 billion at the end of September 19th, 2012, and today Apple’s market cap has climbed to nearly two-thirds of a trillion dollars at $663.20 billion during trading.

Apple’s record market cap follows activist investor Carl Icahn’s statement last month that shares of the company’s stock should be traded for $203/share post stock-split which would value the company at around $1 trillion. Icahn’s valuation of the company came alongside his call for Apple to increase its stock buyback program calling Apple “dramatically undervalued” by the market.

Shares have continued to climb since the company announced it would increase its share buyback program to $90 billion.

Apple’s record market capitalization comes after its most recent quarterly earnings report in which it reported earnings of $42.1 billion in revenue and $8.5 billion in profit  with 39 million iPhones sold, 12.3 million iPads sold, and 5.5 million Macs sold.

Following Apple’s guidance for its upcoming holiday quarter, Apple projects more revenue in the quarter alone than in its fiscal year 2010. The company will also release its Apple Watch early next year, although that could miss the first quarter of next year. 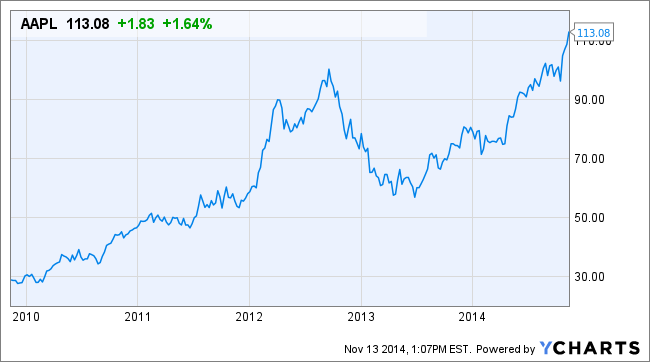