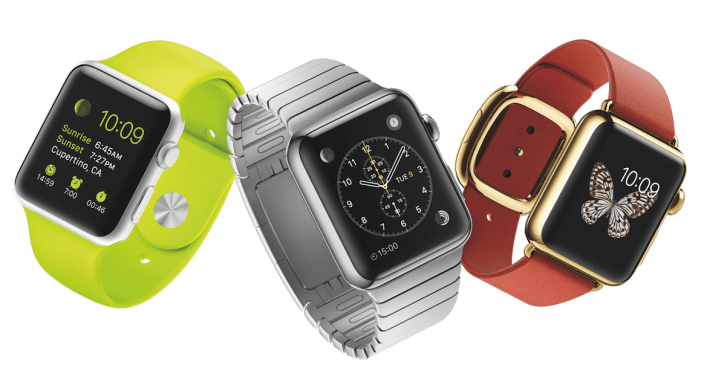 Apple has officially announced the availability of WatchKit, the software tools that developers will use for creating software for the Apple Watch coming in 2015. The company revealed last month that the SDK, or software development kit, would be released sometime this month. Apple says WatchKit enables developers to “create innovative WatchKit apps, actionable notifications and Glances, for timely information accessible by an easy, quick look at Apple Watch.” Additionally, resources within WatchKit reveal the screen resolutions for both Apple Watch sizes.

Alongside the release of WatchKit for developers, Apple has also published a new microsite with other Apple Watch-related resources Apple Watch design resources. The information is available for developers at developer.apple.com/watchkit. 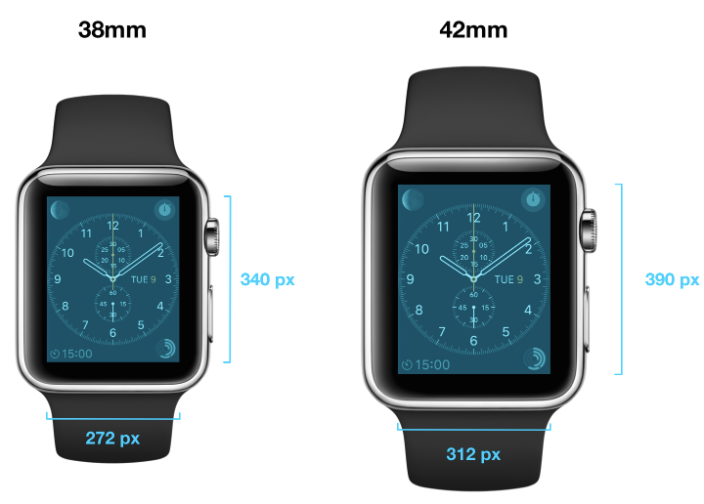 Apple first announced its upcoming Apple Watch alongside the iPhone 6 and iPhone 6 Plus at a special event held in September. The Apple Watch will debut next year with a starting price of $349 (and some think that could range quite a bit).

While Apple has thus far been quiet about the exact launch date of the Apple Watch, only saying ‘early 2015’, 9to5Mac recently reported that Apple’s head of retail Angela Ahrendts shared a ‘spring’ target with her staff.

For an overview of how WatchKit apps and Apple Watch will work, check out our first look at Apple’s new developer tools here.

CUPERTINO, California—November 18, 2014—Apple® today announced the availability of WatchKit, software that gives developers a set of tools to easily create experiences designed specifically for Apple Watch™—Apple’s most personal device ever. Apple has the world’s most vibrant and innovative developer community, and now these developers can begin developing WatchKit apps before Apple Watch becomes available. Developers can create innovative WatchKit apps, actionable notifications and Glances, for timely information accessible by an easy, quick look at Apple Watch.

“Apple Watch is our most personal device ever, and WatchKit provides the incredible iOS developer community with the tools they need to create exciting new experiences right on your wrist,” said Philip Schiller, Apple’s senior vice president of Worldwide Marketing. “With the iOS 8.2 beta SDK, developers can now start using WatchKit to create breakthrough new apps, Glances and actionable notifications designed for the innovative Apple Watch interface and work with new technologies such as Force Touch, Digital Crown and Taptic Engine.”

Developers can create notifications that allow users to take action or respond right from their wrist such as turning the lights off after they’ve left the house, quickly accessing flight details at the airport, and rerouting their transit when a train or bus is late. Developers can incorporate Glances, which quickly show users information they care about most, such as the latest news and sports scores, alarm system status or the next step of a favorite recipe.

Developers who have previewed the WatchKit tools and APIs are eager to start building on the personal and immediate experiences Apple Watch will offer users.*

“Fans crave real-time and personal information, and the ESPN app for Apple Watch gives us the ability to deliver live scores and information for their favorite teams,” said John Kosner, executive vice president of Digital and Print Media, ESPN. “Glances provide fans with a snapshot of live games, and if there is no game taking place, they’ll get valuable game-time information or the final box score. With actionable notifications, the experience becomes even more personal, as fans receive alerts on score changes, news and more.”

“Apple Watch allows us to make the Instagram experience even more intimate and in the moment,” says Kevin Systrom, co-founder and CEO of Instagram. “With actionable notifications you can see and instantly like a photo or react with an emoji. The Instagram news and watch list allows you to see your friends’ latest photos, follow new accounts and get a real-time view of your likes and comments.”

“The American Airlines app on Apple Watch reminds you when it’s time to head to the airport via pre-trip notifications, and provides updates for gate changes, connecting gate info upon arrival, and will notify you when boarding begins if you’re not at the gate yet,” said John Gustafson, American Airlines vice president of Digital. “Travelers can also ask ‘Where am I?’ in-flight and get real-time location information at 30,000 ft.”

* App features are subject to change and may not be available in all regions or all languages. Apple Watch requires iPhone 5 or later.

Apple, the Apple logo, Mac, Mac OS, Macintosh and Apple Watch are trademarks of Apple. Other company and product names may be trademarks of their respective owners.