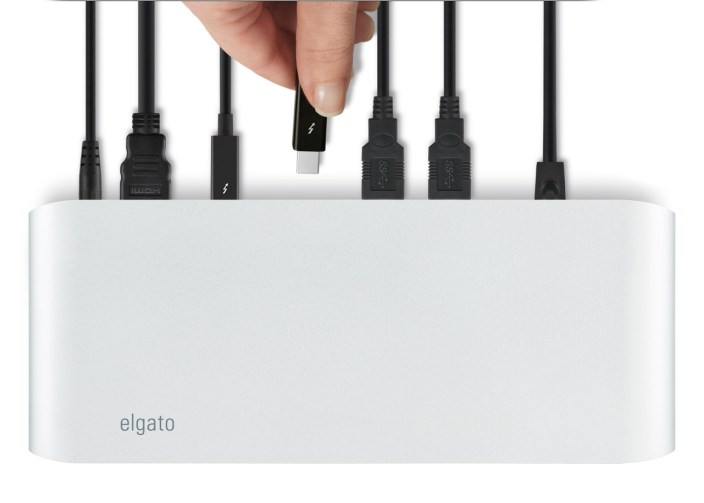 Improving on the last generation Elgato Thunderbolt dock (review), today the company is announcing a refreshed model that includes Thunderbolt 2 technology and more at the same $229 price point of the last-gen model.

In addition to new possibilities for driving 4K displays and other devices over the speedier Thunderbolt 2, the dock also now includes, according to the company, “amplified audio output as well as stand-alone USB charging.”

A built-in HDMI port can drive any display of your choice up to 4K resolution, and three additional SuperSpeed USB 3.0 ports assure that all of your devices are connected when you need them, at full speed and with up to 1.5A of power. Tap into the full performance of wired network connections with the built-in Gigabit Ethernet port, and enjoy crystal-clear conference calls through the separate microphone input and amplified audio output.

As for the high-power USB, that means you’ll now be able to charge an iPhone or iPad off the dock, or plug in an Apple SuperDrive or other devices that require bus-power. Elgato says that “Dual displays are supported when using HDMI and a Thunderbolt™ or Thunderbolt™ 2 display.”

Elgato’s Thunderbolt 2 Dock is available from the company’s website and Amazon for $229 starting today and comes with an Elgato Thunderbolt cable.  It will also be arriving in Apple Stores in the coming days.