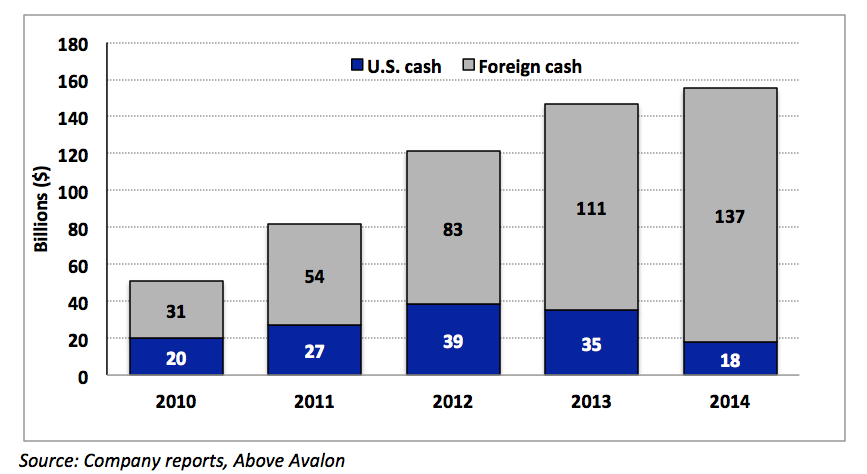 Analysis by Above Avalon‘s Neil Cybart suggests that Apple is unlikely to accelerate the pace of its stock buyback program as it is already spending almost all of its available US cash stockpile on share dividends and buybacks.

Out of $155B of cash, only $18B is available in the U.S., with the rest sitting in international subsidiaries unable to be sent back unless repatriation tax is paid […] Apple is essentially taking most, if not all, of its free cash flow from U.S. operations and piling it into share buyback.

Cybart does some number-crunching to suggest that Apple is likely to buy back around $30B worth of stock next year, though acknowledges that new product lines like the Apple Watch make it difficult to forecast future profits with any certainty.

Apple has come under consistent pressure from billionaire shareholder Carl Icahn to increase the pace of its stock buyback program, recently suggesting that an accelerated buyback could see the company achieve a trillion dollar valuation. It was recently estimated that Apple’s cash reserves would have reached $210B without the dividend and stock buyback program started two years ago.