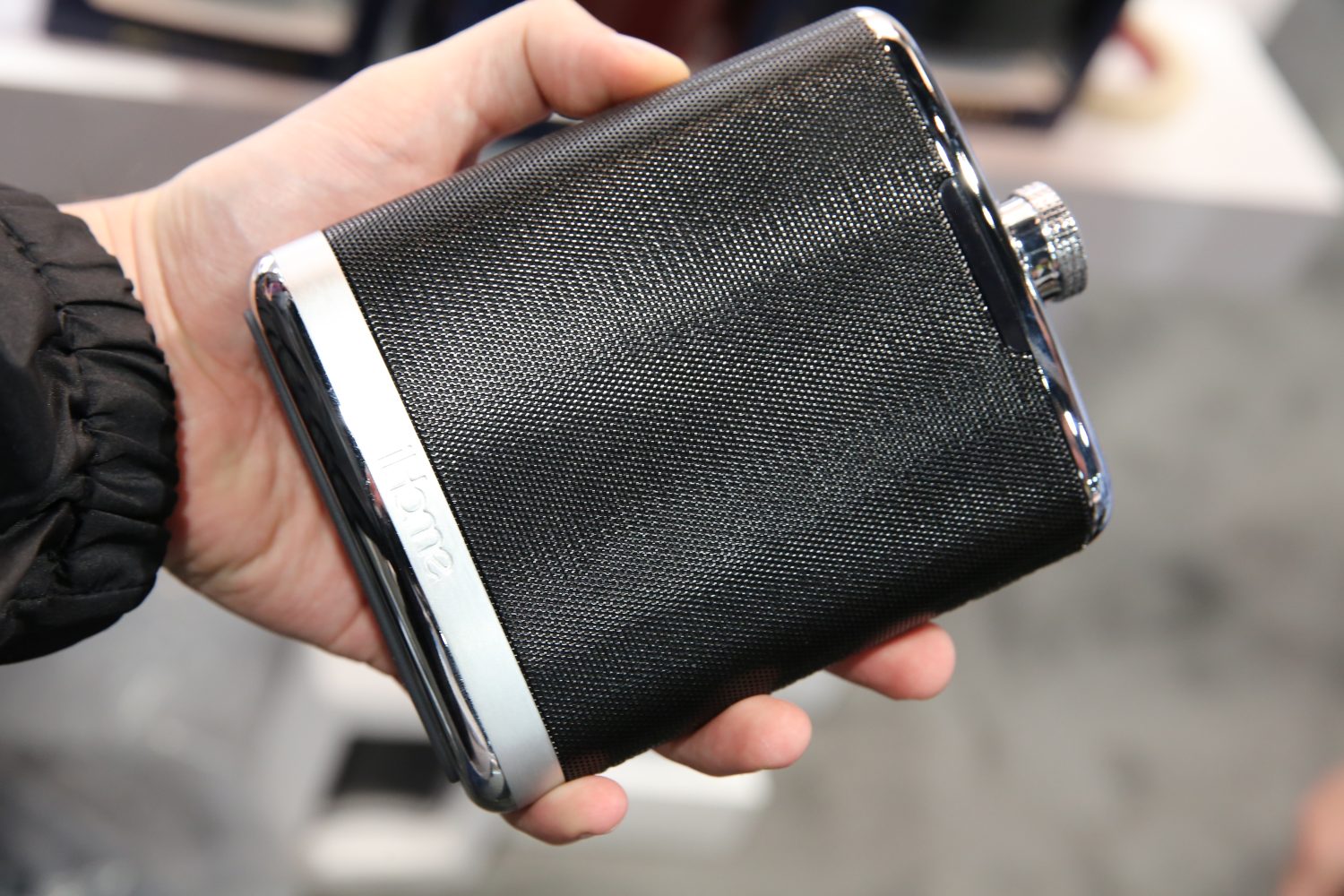 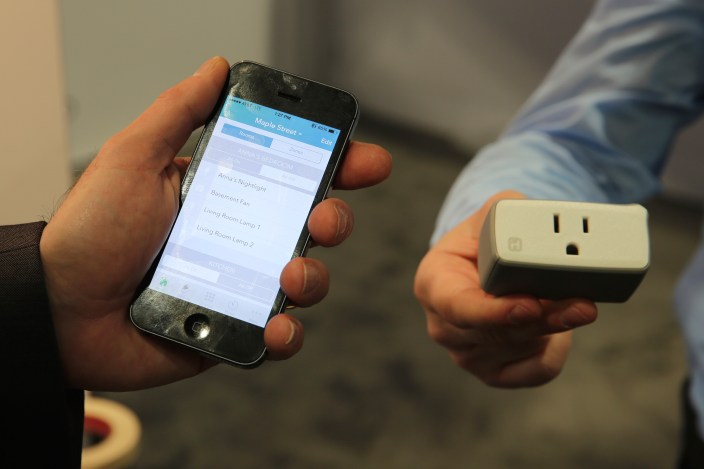 Every year, top-ranked Apple speaker maker iHome comes to CES with an impressive array of new products — including something to show off Apple’s latest technology — and it isn’t disappointing at the 2015 CES. In an advance briefing before the show officially opened, iHome revealed its first Apple HomeKit product, SmartPlug ($40), as well as some daring new speaker and headphone designs… 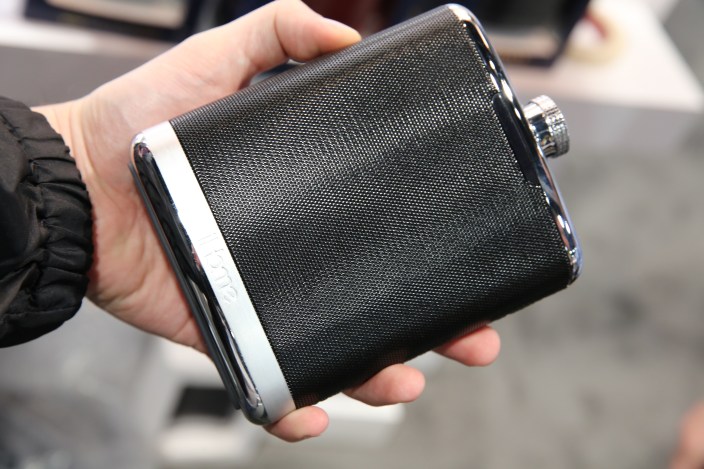 …like the first speaker we’ve seen hidden inside a beautiful drinking flask. It’s called SoundFlask, and comes in coat pocket- ($50) and home bar-sized ($100) versions. Even the smaller version sounds really good given its size, and the flask cap twists to adjust the volume. All that’s missing is the ability to actually hold fluids. Read on for more. 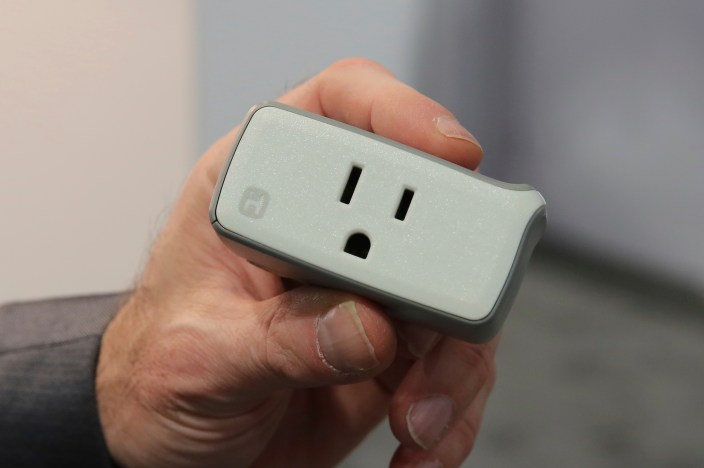 HomeKit. iHome’s first Apple HomeKit product, SmartPlug, will enable iOS users to control any connected device using Siri. One version (iSP5) will be a pass-through for devices with three-prong wall plugs; another (iSP6) will add a USB connector, and a third (iSP7) will include a remote control. A companion app called iHome Control tied into HomeKit will let you turn devices on and off just by speaking into your iPhone or iPad. 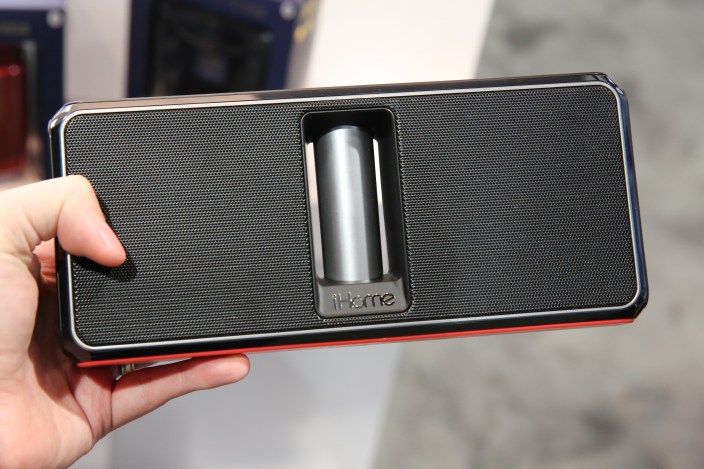 Kineta. The new Kineta series of speakers is a really interesting riff on iHome’s standard Bluetooth portables and clock radios: each model has its own integrated but ejectable 2600mAh battery, which can be pulled out and used to power your iPhone on the road, or remain inside the unit to power the speaker. We really liked the Kineta designs, and a similar concept is coming to less expensive Timex speakers. 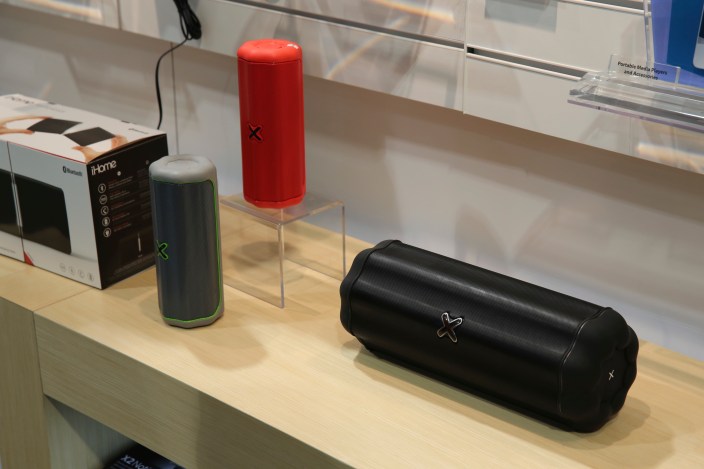 Noti-fi. X1 + X2 Noti-fi are challengers to Ultimate Ears’ popular UE Boom 360-degree speakers, one roughly the same size as UE Boom — yet packed with six speakers and selling for only $99 — while the other is the size of UE’s new Megaboom, with seven speakers, an integrated handle, and a $199 price tag. 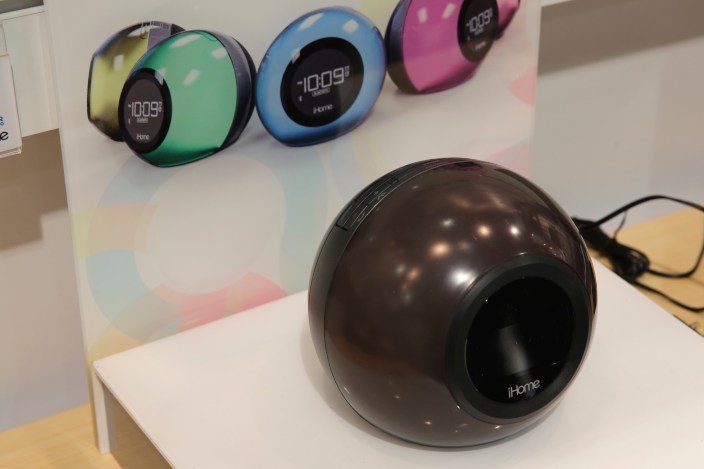 Phaze Color-Shifting Speakers. We’ve loved iHome’s color-shifting lights for years, and now it has new models, including the globe-shaped iBT29 speaker, the iB37 Phenom — a pair of color-changing headphones that look straight out of a Daft Punk video — and a tube-shaped speaker called the iBT74 with interestingly contoured sides. 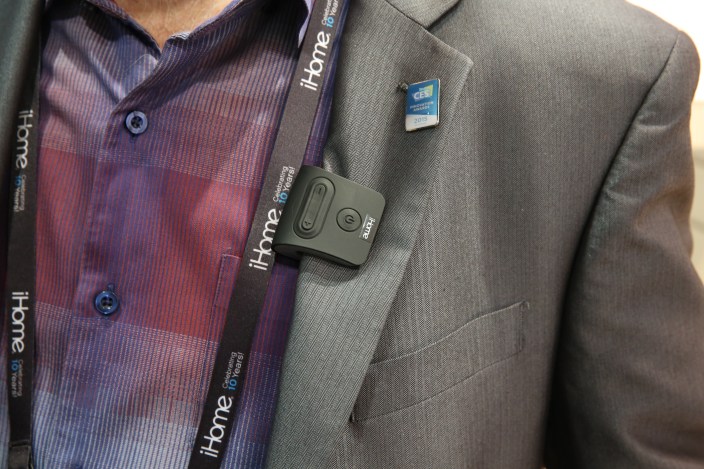 Wearable Speakers. iHome is also debuting a collection of wearable or easily carryable speakers. The splashproof iBT15 ($40) is the most traditional, a monaural speaker with a clip and a carrying rope. Another model is shaped like a rounded cube and can be attached to pants, with surprisingly good sound given the price. 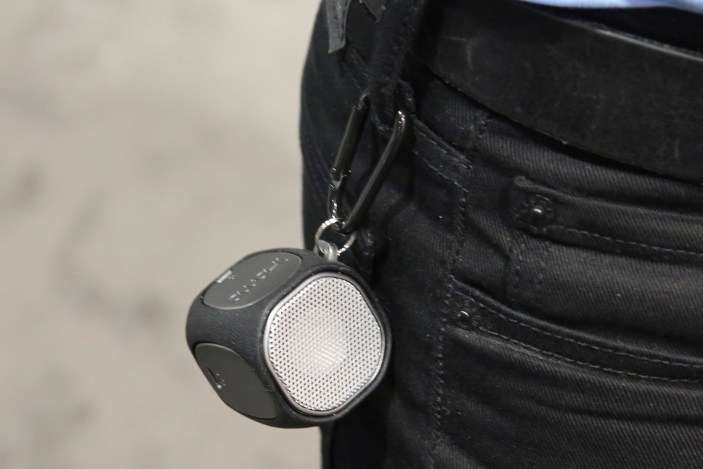 A triangular model called the iBT5 can be carried with a strap or attached to a bicycle, while a really nice shirt-, hat-, or car visor-clippable speakerphone enables you to have both a speaker and mic mounted close to your mouth for times when headphones aren’t appropriate. Release dates for all of the products are spread across the late March to late Summer timeframe.