Rumor says Touch ID coming to MacBooks and Magic Mouse/Trackpad for Apple Pay, but there are roadblocks

When Apple develops a new technology or feature for its hardware, it typically rolls it out on one product then expands it to the rest of the line. For example, Touch ID launched for the iPhone in 2013 and made its way to the iPad with the iPad Air 2 in 2014. For 2015, Touch ID may make its debut on the Mac, according to a rumor from website apple.club.tw. According to the blog, which published legitimate photos of iPad Air 2 Touch ID and A8X chip components last fall, Touch ID will come to Macs this year to enable Apple Pay functionality…

The website says that the upcoming 12-inch Retina MacBook Air and a future MacBook Pro model will (curiously) integrate the Touch ID fingerprint scanner into a component above the standard trackpad. Because of a lack of space on Apple’s laptops for a dedicated Touch ID sensor, perhaps Apple is actually working on integrating the scanner into the trackpad itself. Apple has patents for integrating Touch ID into Multi-Touch displays, so perhaps this technology can expand to the Multi-Touch trackpads.

As for desktop Macs, like the Mac Pro, Mac mini, and iMac, the new report says Touch ID will be enabled for those machines by way of an upgraded Magic Mouse and Magic Trackpad. Because Touch ID and Apple Pay are typically tied to the main device hardware, it seems likely that new desktop hardware, in addition to the new mouse or trackpad, will be required to enable functionality. 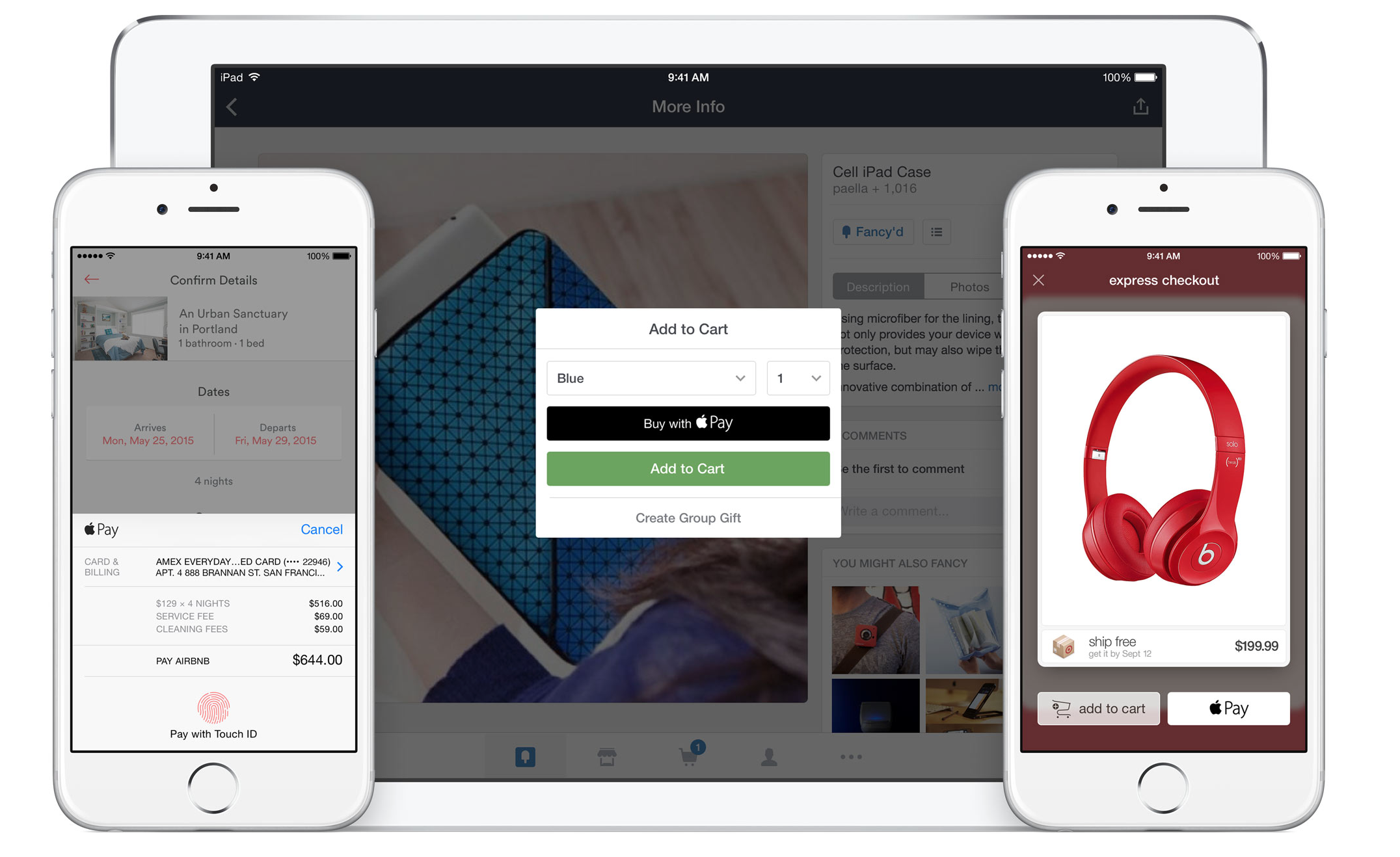 Integrating Touch ID into the Mac would bring a moderate boost to the Apple Pay market, presumably allowing users to use one-touch purchasing to buy products online. While Apple, based on its integrated approach, could launch Touch ID for Macs with Apple Pay support in iTunes, the Mac App Store, and its own online store, Apple will have to release a new Apple Pay API to enable various website-based online stores to support the feature. Touch ID’s functionality is based on a secure element component within the A-series chips in iPhones and iPads, so Apple will need to integrate such a component in future Macs and input devices to make Touch ID on the Mac possible.

Because of the roadblocks involved with bringing Touch ID to the Mac, and the lack of Touch ID references for the upcoming MacBook Air as of January, Touch ID soon coming to the Mac does not seem like a sure thing. But based on Apple’s tactics and history, it seems likely that Apple is considering bringing Touch ID to the Mac while working on technological solutions to make a rollout happen at some point in the future. Besides Apple Pay support, Touch ID would replace the standard password lock screen on the Macs, which should spur usage of security on the Mac.While today’s rumor says that the Touch ID sensor on the Mac is positioned for Apple Pay, it’s more likely that scanning to unlock the computer will arrive first.