Handwritten notes can be made using either an iPad-compatible stylus or your finger, with customizable ink color and pen thickness …

The handwriting feature includes personalized palm-rejection, which allows you to tell the app how you usually hold a pen. 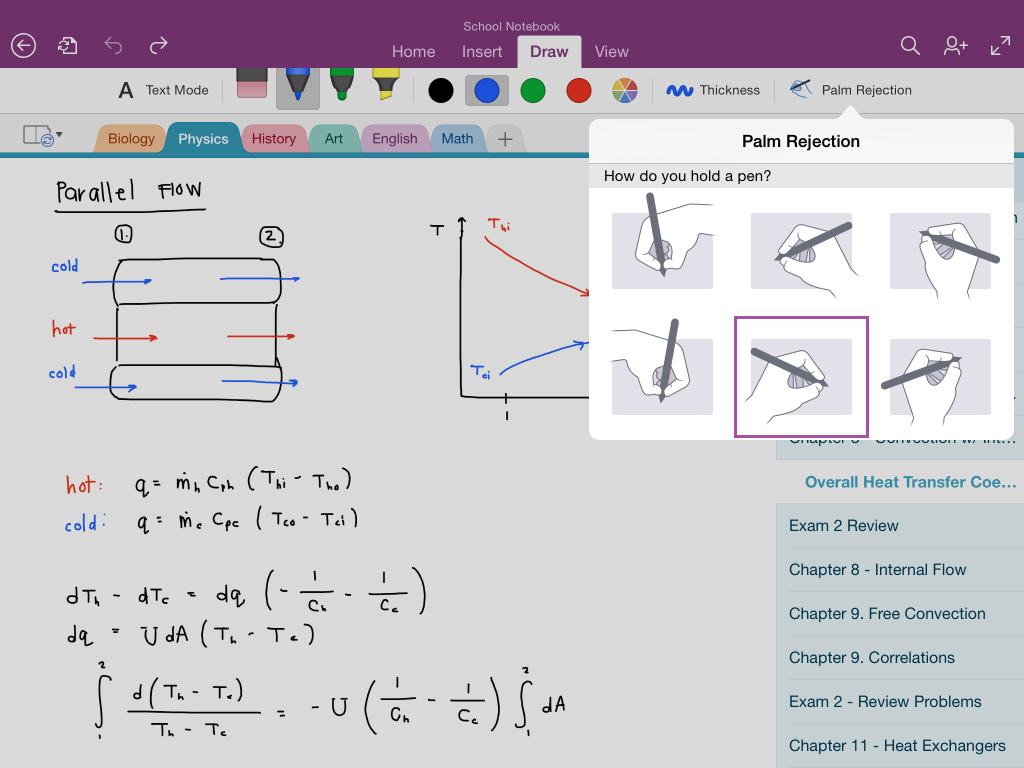 The OCR functionality, which aims to identify and convert to editable text any words found within an image, isn’t fast, taking around five minutes per photo, but the text then becomes searchable in exactly the same way as typed notes.

OneNote for iPad is a free download from iTunes.