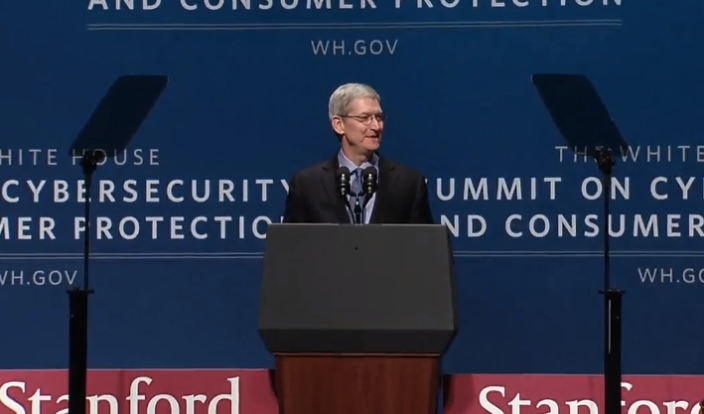 In the second half of The Telegraph’s interview with Tim Cook, Apple CEO Tim Cook has reaffirmed his position on privacy. Cook says that whilst currently consumers do not understand the ramifications of sharing their data with third-parties, “one day they will”.

Moreover, Cook openly objects to governments that say data sharing is required to combat crime and terrorism. There has been pressure for tech companies to offer back-doors into encryption mechanisms, but a clear implication of this interview is that Apple will strongly oppose this view. Cook describes privacy as a ‘basic human right’.

Although Cook believes that terrorism is bad (“these people shouldn’t exist”), he rejects the idea that privacy policies needs to be weakened to support counter-terrorism efforts. Cook says that removing layers of encryption will mean that the public’s private information will “inevitably be taken” and that terrorist effort will encrypt their own communications regardless of company oversight.

“Terrorists will encrypt. They know what to do. If we don’t encrypt, the people we affect [by cracking down on privacy] are the good people. They are the 99.999pc of people who are good.”

The interview concludes with Cook reiterating what Apple’s stance is in this area. “You are not our product”, in regard to health data, purchase history (referring to Apple Pay) and even ‘relatively minor pieces of information’ which can be built up into a ‘trove of data’, according to Cook.

“We don’t make money selling your information to somebody else. We don’t think you want that. We don’t want to do that. It’s not in our values system to do that. Could we make a lot of money doing that? Of course. But life isn’t about money, life is about doing the right thing. This has been a core value of our company for a long time.”

You can read the full interview on The Telegraph’s website. The first half of the newspaper’s interview was posted yesterday and covered some new details about the Apple Watch.