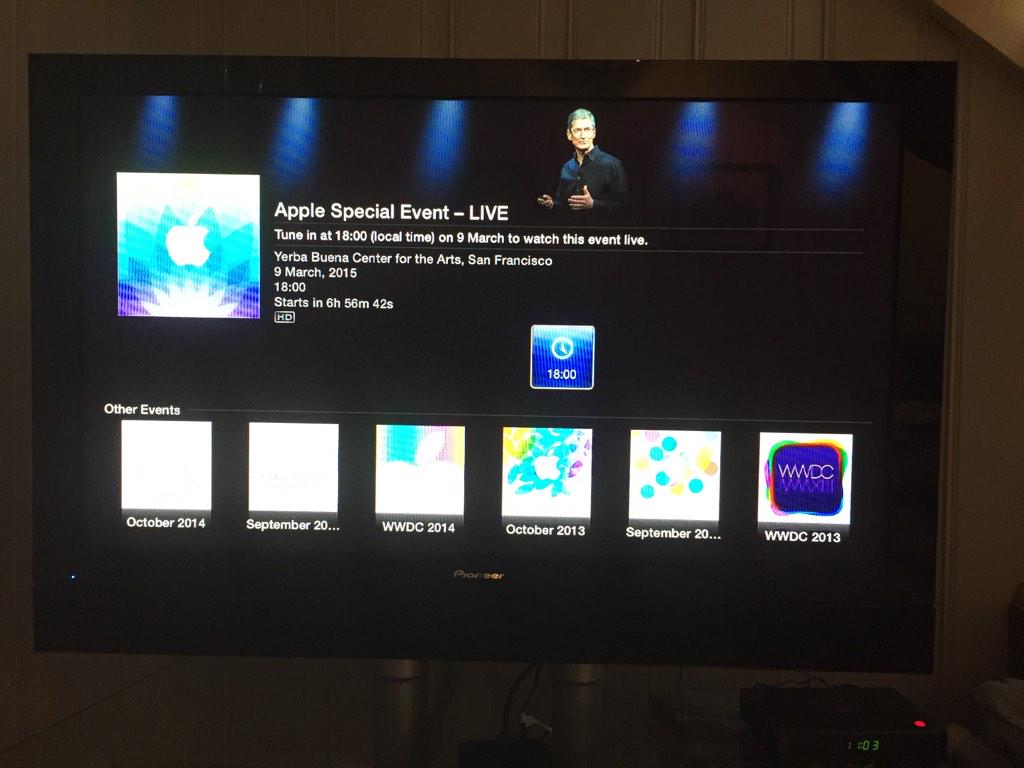 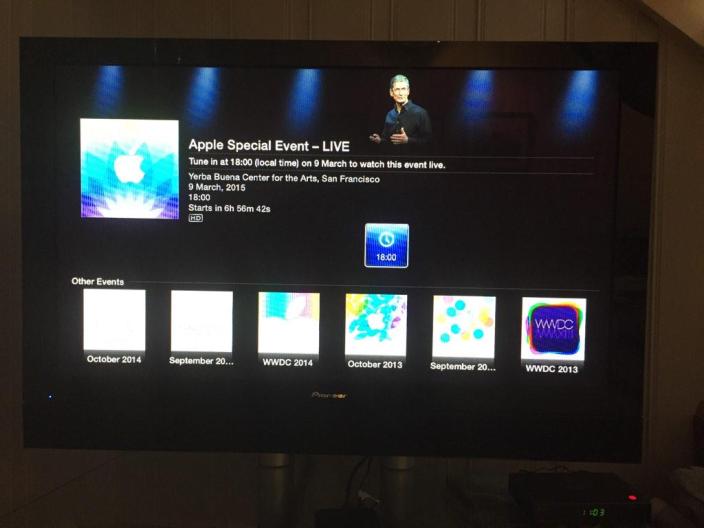 As is the norm nowadays, the Apple Events channel has appeared on the Apple TV ahead of Apple’s Spring Forward event later today. From 10 AM PDT, Apple will be live streaming the entire presentation, for those not lucky enough to be there in person.

Customers can follow along on the Apple TV, or online at http://apple.com/live. 9to5Mac will also have full coverage of all the announcements, so stay tuned.

A big part of today’s ‘Spring Forward’ presentation will feature more specific details about the Apple Watch. Pricing and availability will almost certainly be mentioned. Also expect several demos from app developers so Apple can demonstrate the wide range of potential this new form factor provides. Apple has been helping a select group of developers fine tune their Watch apps to maximise impact at the event.

Aside from the Watch, there is also a chance Apple will announce some new MacBooks. It appears that spec-bumped iterations of the current generation machines are in the offing and there is some speculation that Apple will also unveil its brand-new 12 inch Retina MacBook Air today that 9to5Mac exclusively revealed back in January.

Apple’s event starts at 10 AM PDT, 5PM GMT. (Due to daylight savings discrepancies in the United States, the time of the event may be different to normal in your region so check your timezone carefully).

Thanks to Thomas Boom for the pic!