A day after announcing the Apple Watch pricing and availability as well as an all-new 12-inch MacBook, Apple has revealed in an interview with Fortune that it will partner with a number of non-profit organizations and donate more than $50 million toward the effort of recruiting women, minorities, and veterans to Apple.

In an exclusive interview with Fortune, Apple’s human resources chief Denise Young Smith said the company is partnering with several non-profit organizations on a multi-year, multi-million-dollar effort to increase the pipeline of women, minorities, and veterans in the technology industry—and, of course, at Apple.

The new effort follows the company’s diversity data report released last August. At the time, Tim Cook sharply expressed that he was “not satisfied with the numbers.”

What the data revealed is that in the United States, 70% of its workforce consisted of males at the time with 55% of employees being white.

As it works to change that data and promote diversity, Apple will commit $40 million to the Thurgood Marshall College Fund, a non-profit that supports the 47 public Historically Black Colleges and Universities (HBCUs), so the organization can “create a database of computer science majors at HBCUs, train both students and faculty and offer scholarships,” and establish a paid internship program for students that perform well.

Apple will also partner with the National Center for Women and Information Technology. The company is donating an estimated $10 million to the non-profit over the next four years to increase the number of women working in the technology industry. The effort will support scholarships and internships and aim to double the number of graduates supported by the organization. 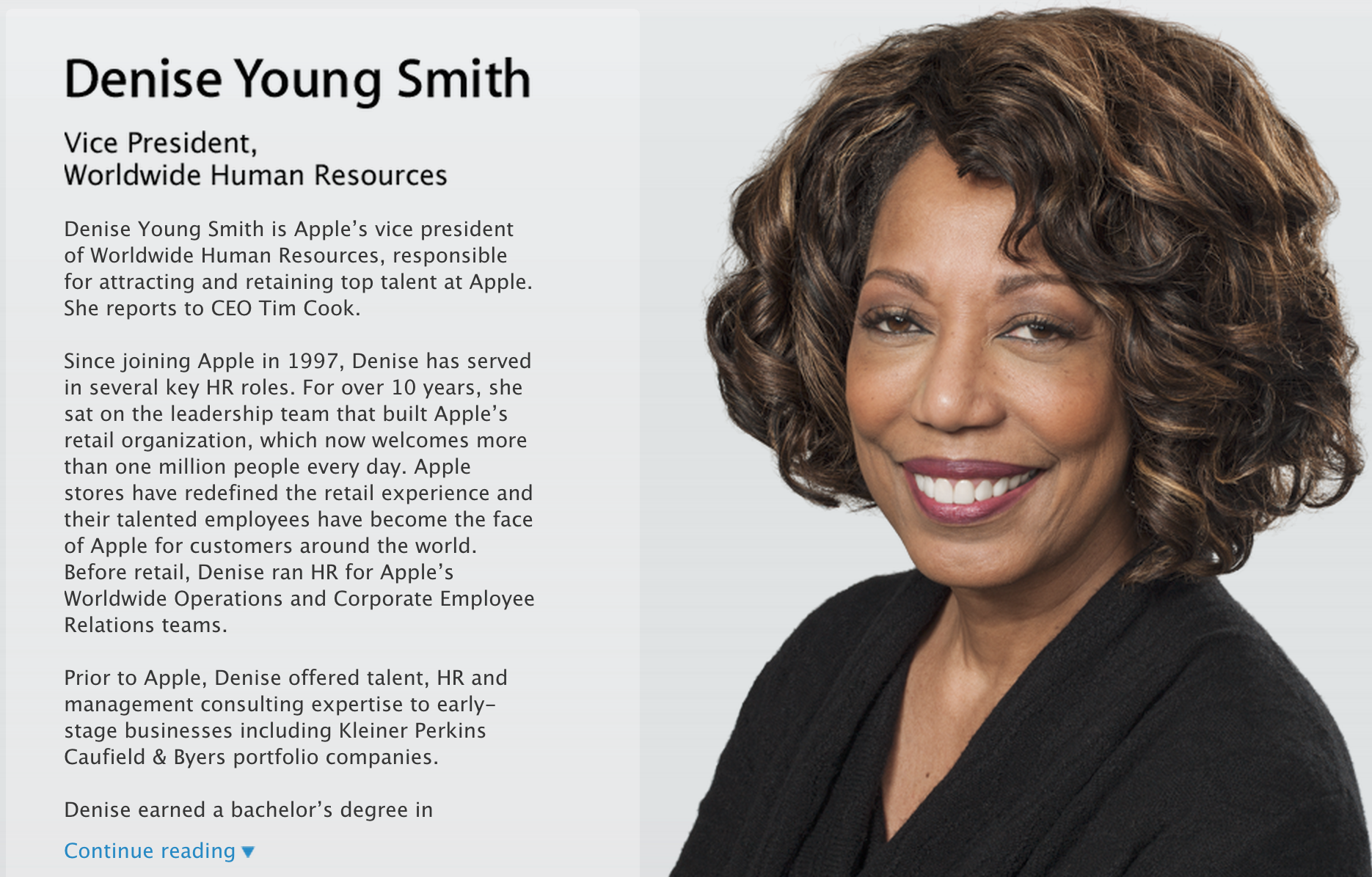 In addition to the over $50 million that will be poured into the organizations mentioned above, Young Smith says Apple is talking to military leaders to come up with a way to provide technology training and specialized on boarding programs for veterans. No word on how much money Apple will devote to this effort.

Apple has supported a number of diversity-focused efforts in the past including a $10k scholarship for minorities in tech, but the newly announced multi-year partnerships and donations marks a new high on funding the goal.