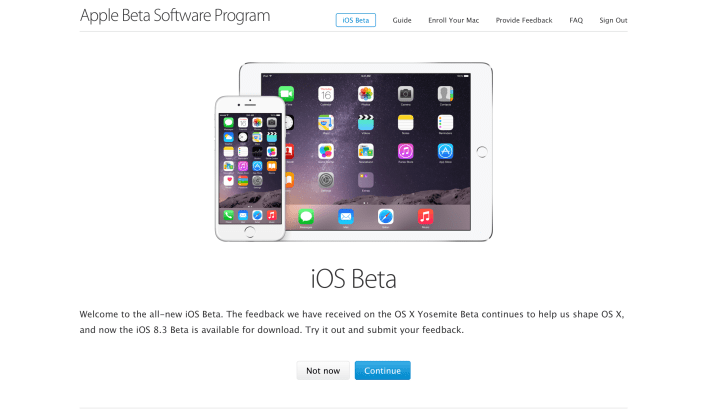 The published changes mirror what we have already covered for the iOS 8.3 developer seeds.

The installation process for iOS public beta is interesting. Users in the program are first told to backup their device to iTunes. Then, they are instructed to download a configuration profile from the AppleSeed website which allows the beta to show up in Software Update. 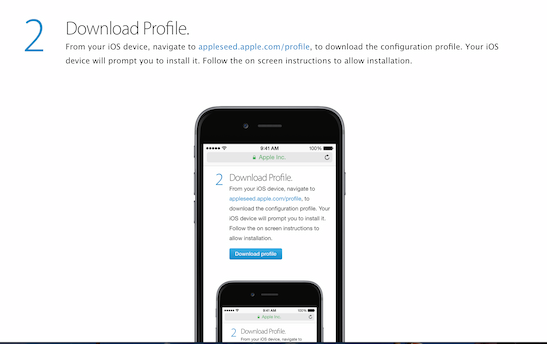 Apple’s website now includes tips with iOS troubleshooting for people who run the beta. For example, Apple says in its FAQ how to restore the iPhone, iPad or iPod touch running a beta OS back to a shipping version of iOS:

How do I get a shipping version of iOS back on my iPhone, iPad, or iPod touch?
Always back up your iOS device before installing beta software. To get a shipping release of iOS on your iPhone, iPad, or iPod touch, you can simply install the final version of the software you are testing when it appears in Software Update. If you would like to go back to a previously released version, you must first erase the beta software, then re-install the latest shipping version of iOS, and finally restore from your previously saved iTunes backup.