How-To: Choose the best external hard drive for your Mac (or iOS device!) 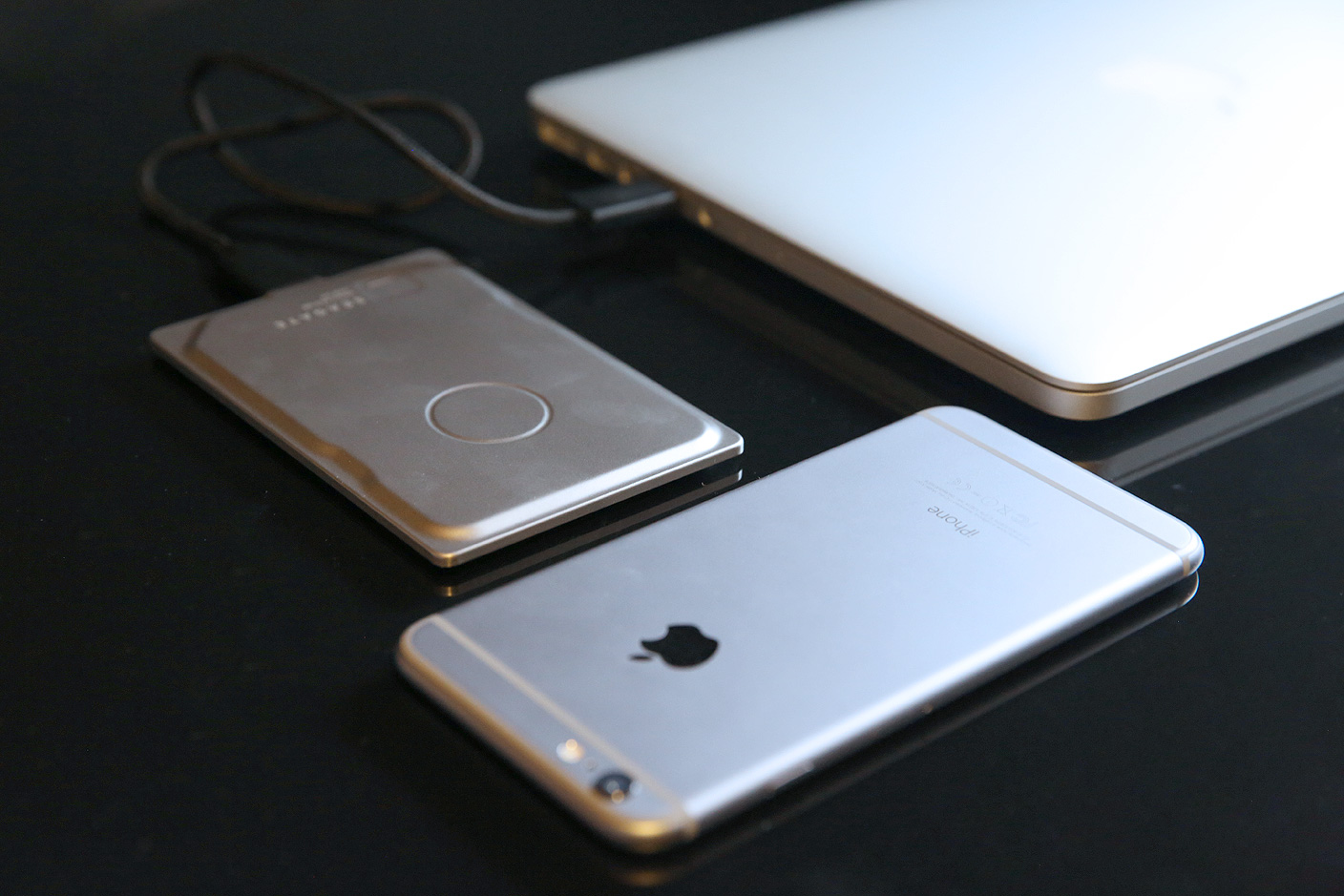 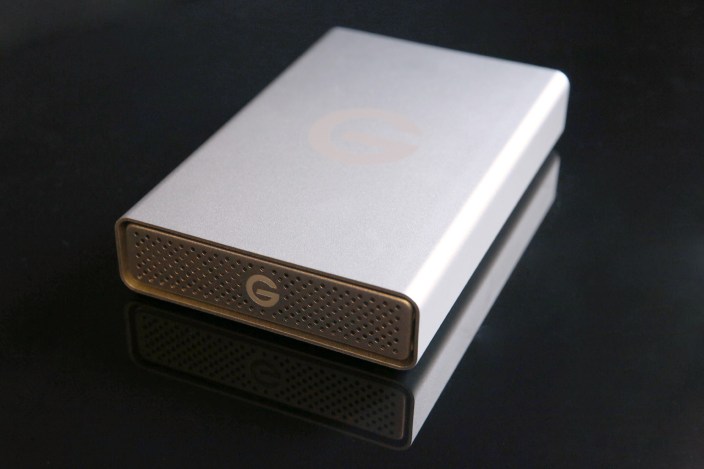 I feel old saying this, but having used computers since before external hard drives existed, I can say with certainty that buying a hard drive is easier today than it’s ever been before. For traditional drives, prices are low, options are numerous, and capacities are so high that your only choices are “enough space,” “more than enough space,” and “way more than enough space.” I could point you towards a gigantic 5-Terabyte $139 Seagate USB 3.0 hard drive right now and end this article without another paragraph. Since Apple doesn’t even sell a Mac with that much disk space, you could back up five (or more) computers to that drive without running out of room. Or you could store a decade worth of digital photos alongside a giant media library. For $139!

But buying an external hard drive isn’t necessarily that simple. There are a bunch of factors worth considering before making a purchase, including everything from reliability to portability, design, capacity, speed, and connectivity. Some hard drives are really cheap but have a higher chance of failing after a year or two of heavy use. So in this How-To, I’m going to discuss the big issues you need to consider, and guide you towards the best external hard drive for your needs… 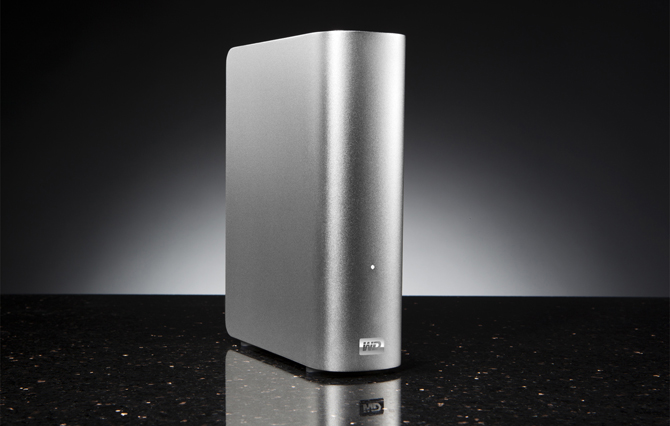 Most hard drives are guaranteed to work for one to two years no matter what you do with them, ranging from occasional backups to continuous video streaming. They’ll generally last much longer if you don’t use them every day. However — and this is really important — if you keep a typical drive mechanism running 24 hours each day for two years, it’s going to burn out. Hard drive longevity used to be measured with an estimate of “Mean Time Before Failure” (MTBF). Each year has 61,320 hours, so a drive with a MTBF of 300,000 hours would promise to last 4.9 years if actively used 24 hours each day. Desktop drives typically promised higher MTBFs than laptop drives, but there were exceptions.

Unfortunately, MTBF numbers were only predictions — and often inaccurately high. Consumers complained. So drive makers switched to a different but even less useful metric: Annualized Failure Rate (AFR), which estimates the percentage of total drives made that will fail in a year due to manufacturing defects. All an AFR of “0.73%” suggests is that 7,300 of 1,000,000 drives will likely develop problems in year one due to defects rather than abuse. That low percentage may seem reassuring, but it obscures the reality that heavy drive use increases failures over time, and some drives are much better-suited to heavy use than others.

My advice: purchase your drive with a specific purpose in mind. If you’re backing up precious photos, home videos, or important files, buy a name brand, desktop-sized hard drive from a company with a track record of reliability, and pay a little more for it. It doesn’t really matter how the drive looks, just that it will work for a long time. But if you’re just using a drive to store apps, games, or iTunes movies that you can easily re-download at any time, or only intermittently turn a drive on for backups, you can feel comfortable going with something cheaper, more portable, or fancier-looking.

It’s easy to pick the right hard drive capacity these days: most external drives now offer at least as much space as a standard Mac (1TB) — and there are thousands of options to choose from — and you can get an 8-Terabyte drive for only $300. Most people will find that that 4TB is more than enough to hold years of accumulated photos, media files, and data, but there’s no wrong answer to the capacity question: it’s mostly a matter of personal preference right now. That said, there are sweet spots.

Expect to pay around $70 for a basic 1TB drive, $85 for 2TB, $100 for 3TB, $120 for 4TB, $150 for 5TB, $250 for 6TB, or $300 for 8TB. By “basic,” I mean the popular Expansion and Backup Plus consumer-grade desktop drives shown above from Seagate, a major (but not top) drive manufacturer with a good (but not great) warranty. The prices for Seagate’s Backup Plus Slim portable drives are similar up until the 4TB mark, where the price doubles. Generally, 3TB to 5TB would be the sweet spots between capacity and pricing, but Amazon customer reviews of the 3TB Expansion mirror comments I’ve seen elsewhere online: Seagate’s 3TB units had lots of problems. You’re better off considering 2TB, 4TB or 5TB units instead.

Don’t be surprised that longer-lasting drives can cost twice as much as basic models. They’ll typically last longer, which is worth something. Similarly, don’t be surprised if a solid state drive (SSD) costs much more and offers lower capacity than a mechanical drive. SSDs are just beginning to become mainstream internal drives for computers, and their capacities aren’t yet at the “more than enough space” point.

Since MTBF and AFR are such sketchy measures of hard drive reliability, I suggest that you focus on two more tangible factors: the reputation of the manufacturer, and the length of the drive’s warranty. A three-year warranty is the best you can expect from a consumer-grade external drive from a top vendor, regardless of whether it’s a mechanical drive or SSD. (Only the very best internal SSDs now offer consumer 5-year and professional 10-year warranties, though notably with much less storage space than the drives covered in this article. See my How-To guides to SSDs for iMac, desktop Macs, and MacBooks here.) 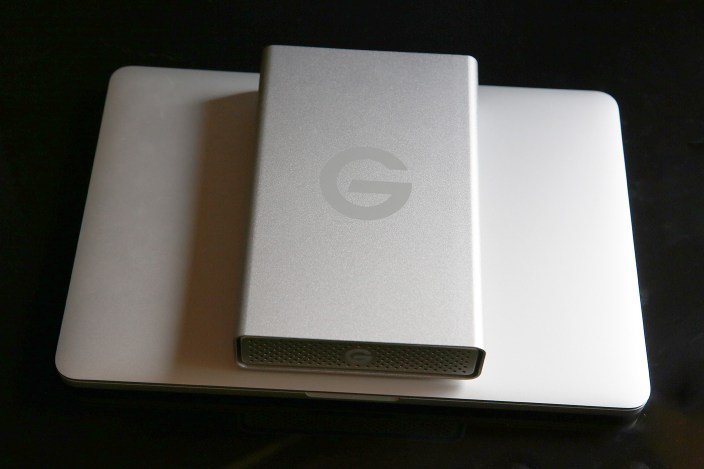 If reliability is your major concern, as it generally is mine, I’d suggest you look most seriously at G-Technology’s mechanical drives (featuring ultra-reliable Hitachi hard drive mechanisms) and Samsung’s external SSDs, all of which have three-year warranties. I reviewed G-Tech’s excellent G-Drive USB for 9to5Mac, and have trusted their earlier drives for many years without any issues. Samsung’s T1 SSD was covered in my guide to SSDs for Mac minis and MacBooks, and while it’s more expensive and lower-capacity than the G-Drive USB, it has no moving parts to worry about. Go with a G-Drive if you need a large reliable drive, or T1 if you want something small and reliable.

There are five major types of external hard drives: enterprise-class desktop drives, regular desktop drives, laptop-class portable drives, slim laptop-class portable drives, and flash drives. The first two use 3.5″ hard drive mechanisms and are effectively non-portable: they sit on your desk, depend on wall power, and aren’t easy to carry in typical bags. Flash drives are keychain-sized but relatively limited in capacity and crazy expensive when they begin to approach laptop drive capacities. (Corsair makes $45 128GB and $75 256GB USB 3.0 flash drives if you want something tiny.) So if you need a portable hard drive with respectable storage capacity at a reasonable price, you’ll most likely pick a laptop-class drive with a 2.5″ hard drive mechanism inside.

Owned by Seagate, boutique drive maker LaCie’s lineup nicely illustrates the relative size differences between the categories of external drives, though there are even smaller laptop and slim laptop drives out there now. In January, I reviewed both Seagate’s Seven, the world’s thinnest external mechanical hard drive, and LaCie’s Mirror, a boxy mirrored drive with twice the capacity. Both use USB 3.0 for data and power, with no need for an external power supply. Either one can easily fit into a laptop bag, backpack, or purse, but Seven is much, much smaller. 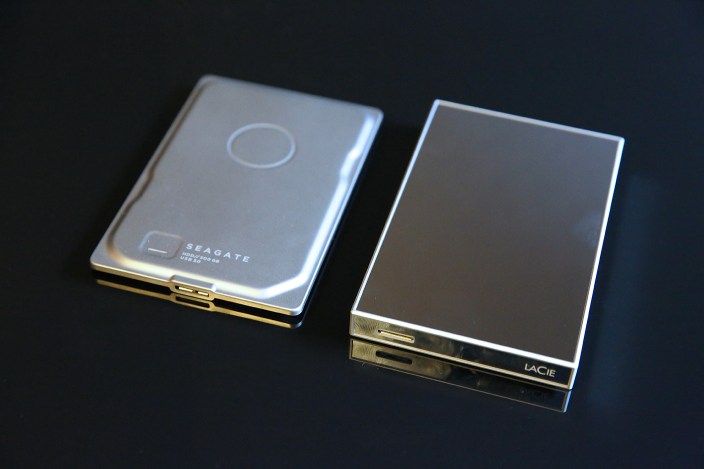 If you want a portable, reliable hard drive at a low price with minimal design frills, consider Western Digital’s #1 best-selling My Passport Ultra drives, which have a 4.5/5-Star Amazon user rating. But if you’re looking for something with a distinctive design — and willing to compromise a little on long-term reliability — LaCie’s collection of Philippe Starck, Neil Poulton, and Porsche Design drives are definitely the best around. Pick the one that appeals to your personal taste.

A lot could be said about each of these topics, but I’ll save you some time and cut to the chase: recent developments mean that most people will be best off with USB 3.0 wired drives, except under one of three circumstances: you need incredible speed for Mac video editing, you want to stream video to your iOS devices, or you want to do automated wireless backups.

If you’re planning on doing 4K or other disk-intensive Mac video editing, Thunderbolt hard drives such as Elgato’s Thunderbolt+ Drive or G-Tech’s G-RAID Studio Thunderbolt 2 can deliver dramatically better speeds than drives that share your Mac’s USB bus. They’re much more expensive than comparably capacious USB drives, but they’re built for professional use, and priced accordingly. That said, USB 3.0 drives tend to outperform prior-generation FireWire 800 drives, which were adequate for pre-4K editing, so most users will have no need to look for faster options. If you’re concerned about real-world speeds for a USB drive, check the manufacturer’s stated “up to XXXMB/second transfer rates” claims and subtract around 10-20% for real world performance. 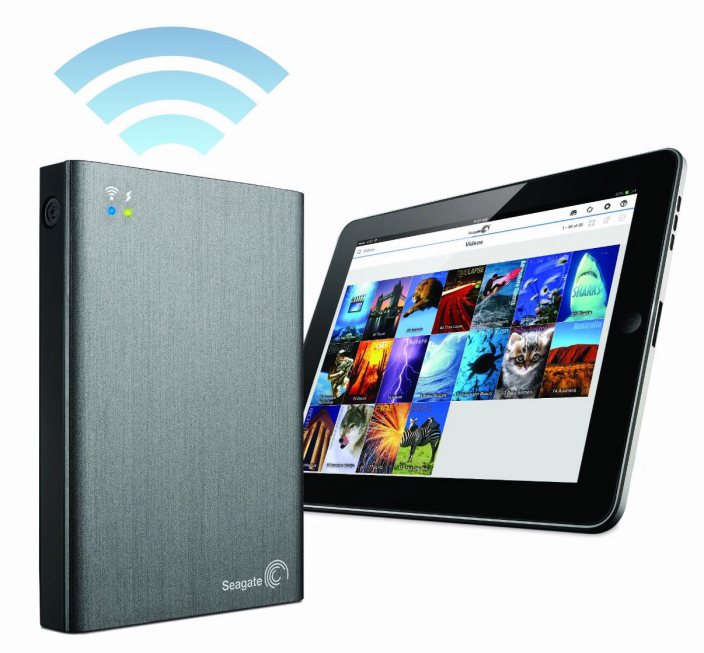 If you want to use your hard drive to store content that can also be streamed to your iOS device, consider Western Digital’s My Passport Wireless ($165/1TB, $190/2TB) or Seagate’s Wireless Plus ($135/500GB, $160/1TB, $190/2TB), which offer integrated Wi-Fi streaming, a built-in battery for completely wireless operation, and USB connectivity for synchronization. I’ve tested both, and while Seagate’s version has the edge on pricing, speed, and battery performance, My Passport Wireless has an SD slot built in to back up your digital photos on the road. iOS users will have a better experience with the Wireless Plus, while Mac users and digital photographers with infrequent iOS needs may prefer My Passport Wireless. Go with the one that best suits your needs. 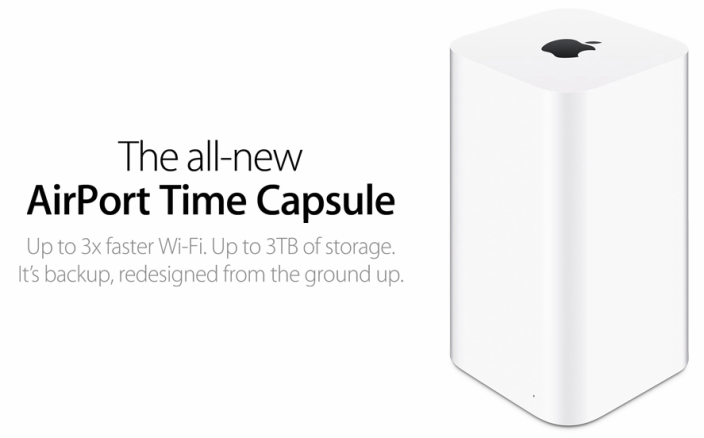 Last but not least, if you want to do automated wireless backups, consider — but think carefully about — an Apple AirPort Time Capsule. I currently use the latest version of Time Capsule, which has been completely redesigned and has fast 802.11ac wireless with your choice of a 2TB ($280) or 3TB ($350) hard drive. On a positive note, it works completely as expected, and although the initial Time Machine backup process for a large Mac hard drive is incredibly slow, incremental backups later on are fine. My concerns are mostly in reliability and pricing. I’ve had two prior-generation Time Capsules experience hard drive issues, and though Apple may have fixed those problems with the new model, it’s very easy to go out and buy a standalone drive for much less. I’m not a big fan of wireless drives right now, but continue to hope that wireless technology will catch up with the demands of current machines. All of my important files are on a wired G-Drive USB, and they will probably stay there for the foreseeable future.

Read more of my How-To Guides and other articles here.