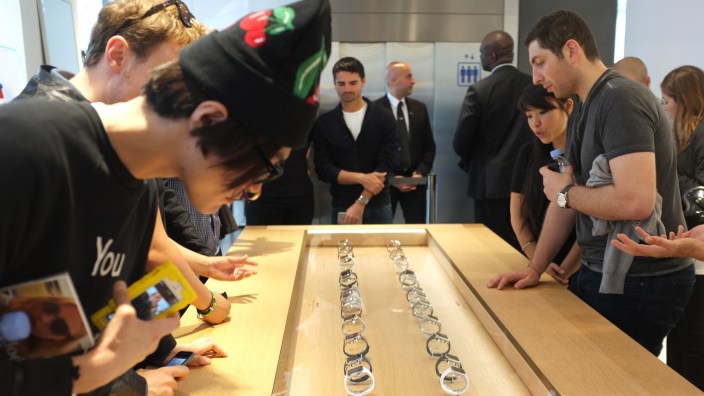 When the Apple Watch goes on display next month ahead of its launch, it won’t just be available to preview in Apple Stores. The company shared on Monday that three cities around the world — namely Paris, Tokyo, and London — will present the Watch outside of Apple’s own retail stores where people can preview and try on the new wearable. Newly captured photos now show early construction at one of those venues, revealing just how big the presentation area will be.

Galeries Lafayette in Paris is one of those select venues as we mentioned last month before Apple’s special event this week, and French blog Mac4Ever has shared new photos showing early construction progress of the store’s upcoming Apple Watch display.

The clear takeaway from the new images is that the special Apple Watch display found in the upmarket department store will own a considerable amount of floor space once complete. 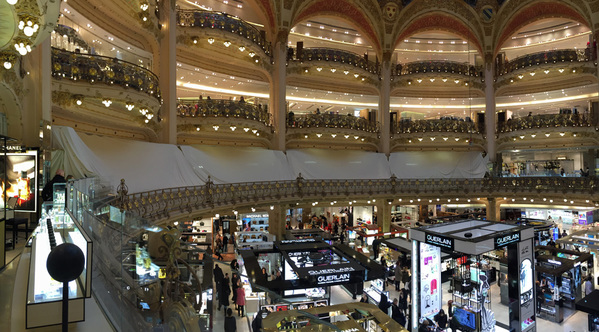 As you can see in the image above, white banners currently hide the in-progress work going on to prepare for the Apple Watch preview starting April 10th. These banners span across four whole sections of second balcony floor at Galeries Lafayette.

Additional images recently captured show the early stages of preparing the venue for the upcoming Apple Watch display in France.