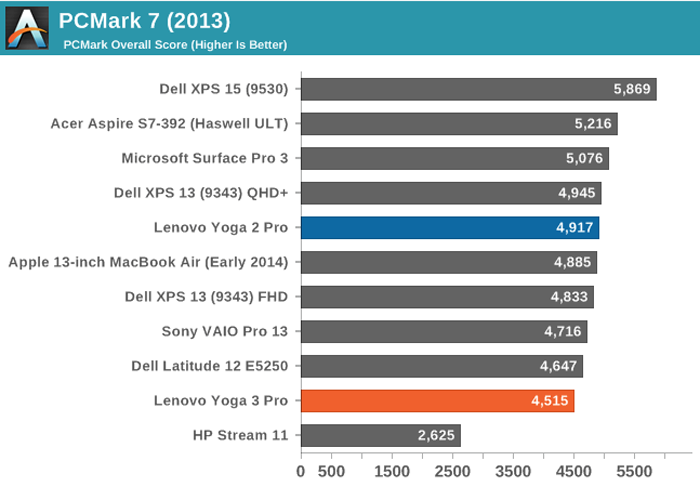 Lenovo’s Yoga 3 Pro convertible laptop–which uses the same Broadwell Core M processor as Apple’s new ultraportable MacBook–has provided the first look at its likely performance. AnandTech‘s numbers show that in overall performance terms, the Yoga 3 Pro was delivering a little over 90% of the performance of the early 2014 MacBook Air which has far fewer pixels than the Retina MacBook…

There are a large number of variables beyond the CPU itself that can impact on benchmark scores, so the score should be viewed as a ballpark rather than an exact measure, but it does reinforce my view that this is a machine for the typical base-level MacBook Air customer. If you want to do anything more demanding than writing and Internet use, this is probably not the MacBook you’re looking for.

For a while, then, Apple’s MacBook line-up is going to look a little messy: the entry-level MacBook Air offering more power than the significantly more expensive latest addition to the range. What you’re paying for is that ultra-sleek form-factor, in part made possible by condensing the logic board down into something smaller (in total surface area) than a Raspberry Pi (which admittedly contains USB, Ethernet and other ports). 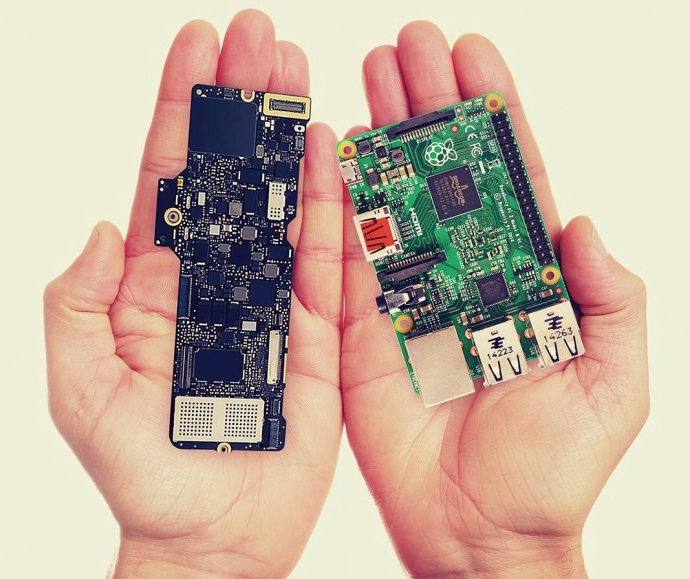