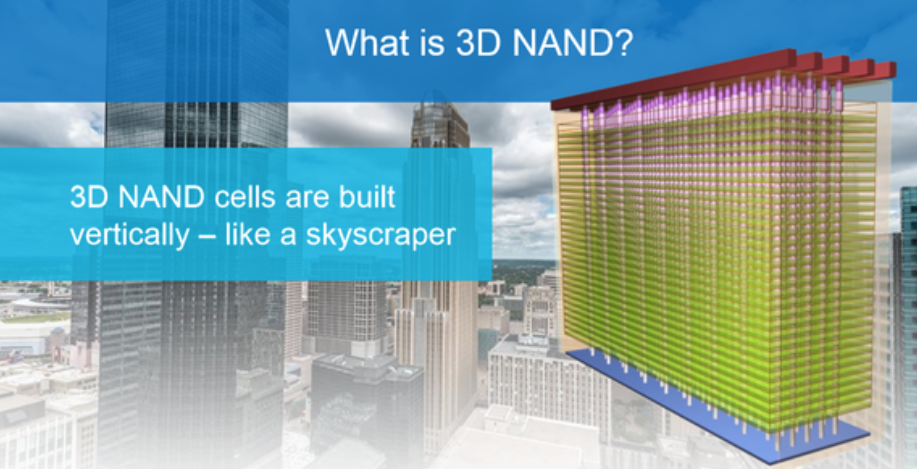 SSDs are fast, but still expensive compared to spinning metal drives, giving us less storage capacity in today’s Macs than we got in older models. Pick up a classic 13-inch MacBook Pro with a hard drive, for example, and you’ll get 500GB of storage for $1100, compared to just 128GB of SSD storage in the $1300 entry-level Retina model.

That may be set to change thanks to new 3D NAND technology announced by Intel and Micron, allowing them to fit far greater storage capacity into the same space as today’s drives. By stacking flash cells on top of each other, up to 32 layers deep, they can can triple the capacity in the same size chip without the usual high price-tag, reports PC World.

For a standard 2.5-inch SATA drive that means up to 10TB of space; for the M.2 drive type used by most laptops, the 3D NAND will boost capacities up to 3.5TB.

We’ve been promised this technology before–Samsung demonstrated 24 layers of 3D NAND back in 2013–but Intel and Micron say that manufacturers will be able to buy the new chips later this year. Of course, with Apple not noted for its generosity when it comes to storage capacity, you may not want to hold your breath.