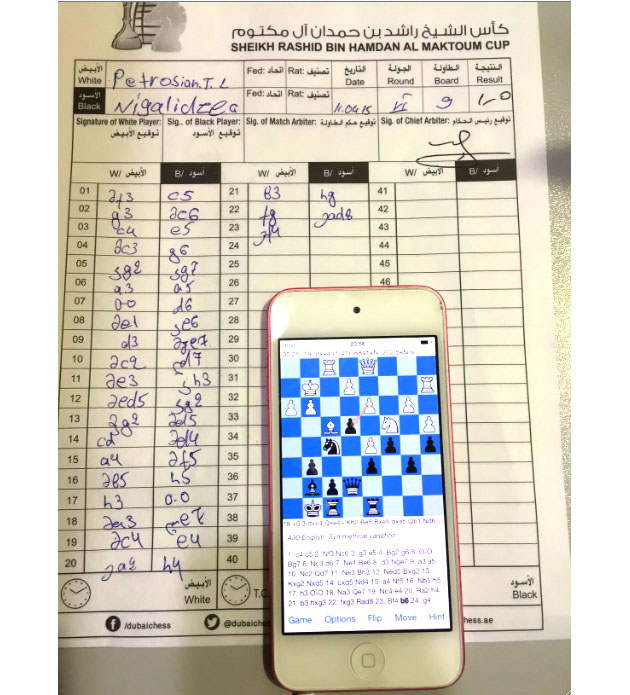 A chess Grandmaster has been banned from the Dubai Open Chess Tournament after being caught using an iPod touch running a chess app, reports Dubai Chess.

Gaioz Nigalidze, winner of the Georgian championship in 2013 and 2014, used a smart phone hidden in a toilet to consult moves with a chess computer […]

GM Gaioz Nigalidze of Georgia was caught by tournament officials consulting a device hidden in one of the toilet cubicles of the Dubai Chess and Culture Club during his sixth-round encounter with Armenia’s GM Tigran Petrosian.

His opponent reportedly became suspicious when Nigalidze made frequent trips to the toilet. Officials investigated and found that he always used the same cubicle in the bathroom, and a search found the iPod hidden behind the toilet. A chess app was open on the device, mirroring the game being played.

Nigalidze denied that the iPod was his, but it was found to be logged into one of his social media accounts. It has not yet been revealed which chess app was used.