Debunk: Don’t hold your breath for second-wave Apple Watch countries on May 8 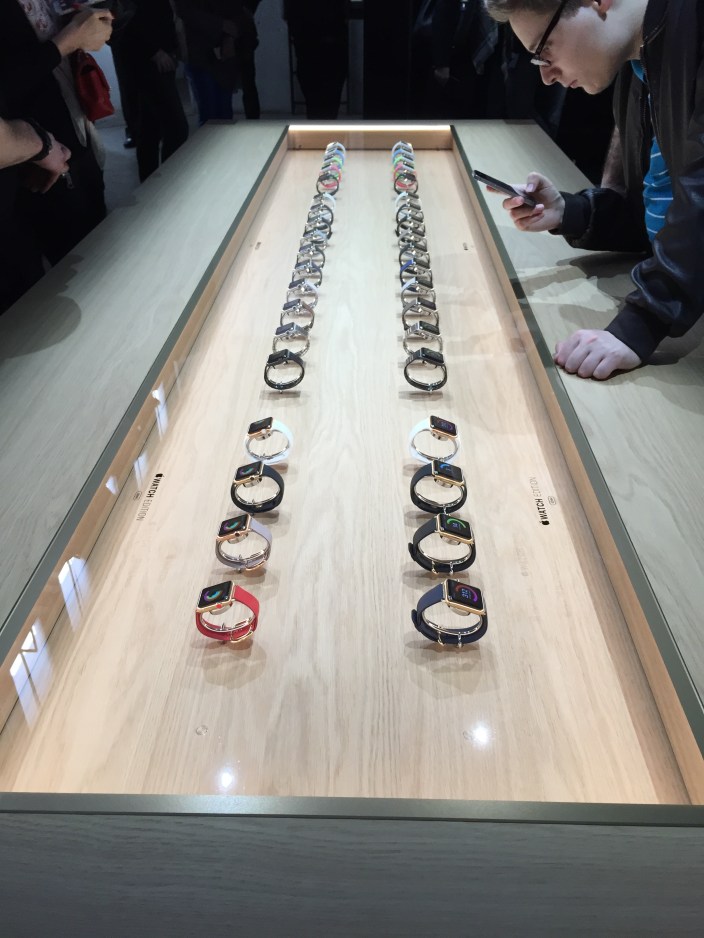 <a href="http://9to5mac.com/2015/04/17/apple-phil-schiller-marc-newson-apple-watch-showcase-milan/" target="_blank">Apple Watch on display for one day only in Milan, Italy last week</a>

A new report out today claims Apple will soon be taking orders for the Apple Watch in more countries around the world — even as stock in the initial launch countries remains tight. According to Italian site iSpazio, citing anonymous sources, Apple plans to roll out the Apple Watch preview and try-on experience at its retail locations and begin taking pre-orders beginning May 8th. However, sources close to the situation say Apple is not currently targeting May 8th for its second-wave Apple Watch launch…

Thus far the Apple Watch has only been available for pre-order in 9 select countries: the United States, the United Kingdom, Australia, Canada, China, France, Germany, Hong Kong and Japan. Pre-orders in those countries opened online on April 10th while deliveries will begin on Friday as the launch kicks off.

Though the Apple Watch release date is officially Friday, April 24th, Apple has instructed its retail stores not to expect in-store availability for purchases until sometime in June at the earliest. Apple Retail SVP Angela Ahrendts reiterated the online-only sales process for the next month in a video sent to retail employees yesterday as online orders continue

Despite limited Apple Watch availability in the initial launch countries, Apple will want to begin the process of taking orders in new markets eventually even if the waiting process for customers continues.

Last week the Apple Watch was made available to preview as during the Salone del Mobile design exhibition in Milan with Apple’s Phil Schiller and Marc Newson in town and Jony Ive revealing unannounced Sport band colors. Perhaps we’ll hear more from Apple during next week’s earnings call on April 27th.

Jordan Kahn contributed to this report.